Man fires back at suspect on crime spree in Allegan County 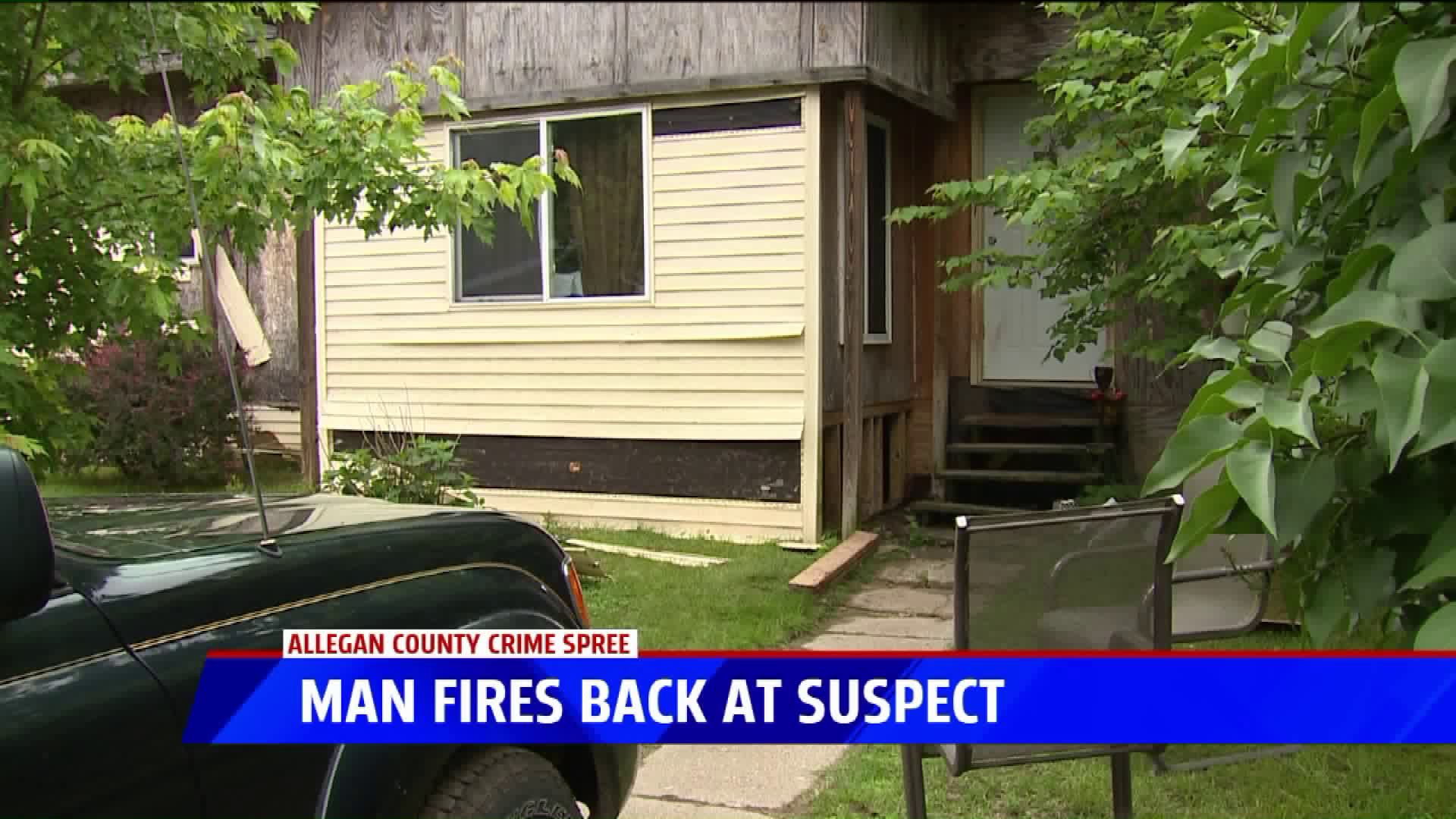 FENNVILLE, Mich. — When the suspect in a crime spree throughout Allegan County approached Ernie Caudill’s home on Saturday, he was met by a man who wasn’t afraid to fight back.

The suspect was allegedly shooting at homes with an AR-15 after multiple carjackings in the area ranging from Martin to Wayland to Hopkins.

The man eventually made his way to Caudill’s home north of Fennville, where Caudill says the suspect was lucky to get away with his life.

“He came from behind the red truck, to behind my wife’s car, and I said ‘hey!’ And he started shooting,” Caudill said.

He said he didn’t hesitate to fire back, and he’s thankful for that decision.

The suspect, whose name hasn’t been released because he hasn’t been charged yet, ended up stealing a van from Caudill’s yard before crashing it a few blocks away.

Shortly after the crash, he was confronted by deputies while trying to steal a car from another home. Deputies fired at him after he refused to comply with commands and tried to go back inside.

The suspect remains hospitalized and is expected to be arraigned later this week. No deputies were injured in the shooting.

Two deputies are on administrative leave and Michigan State Police are investigating the circumstances around the shooting, which is standard protocol. The Allegan County Sheriff’s Office is investigating several vehicle thefts the suspect is believed to be involved with.