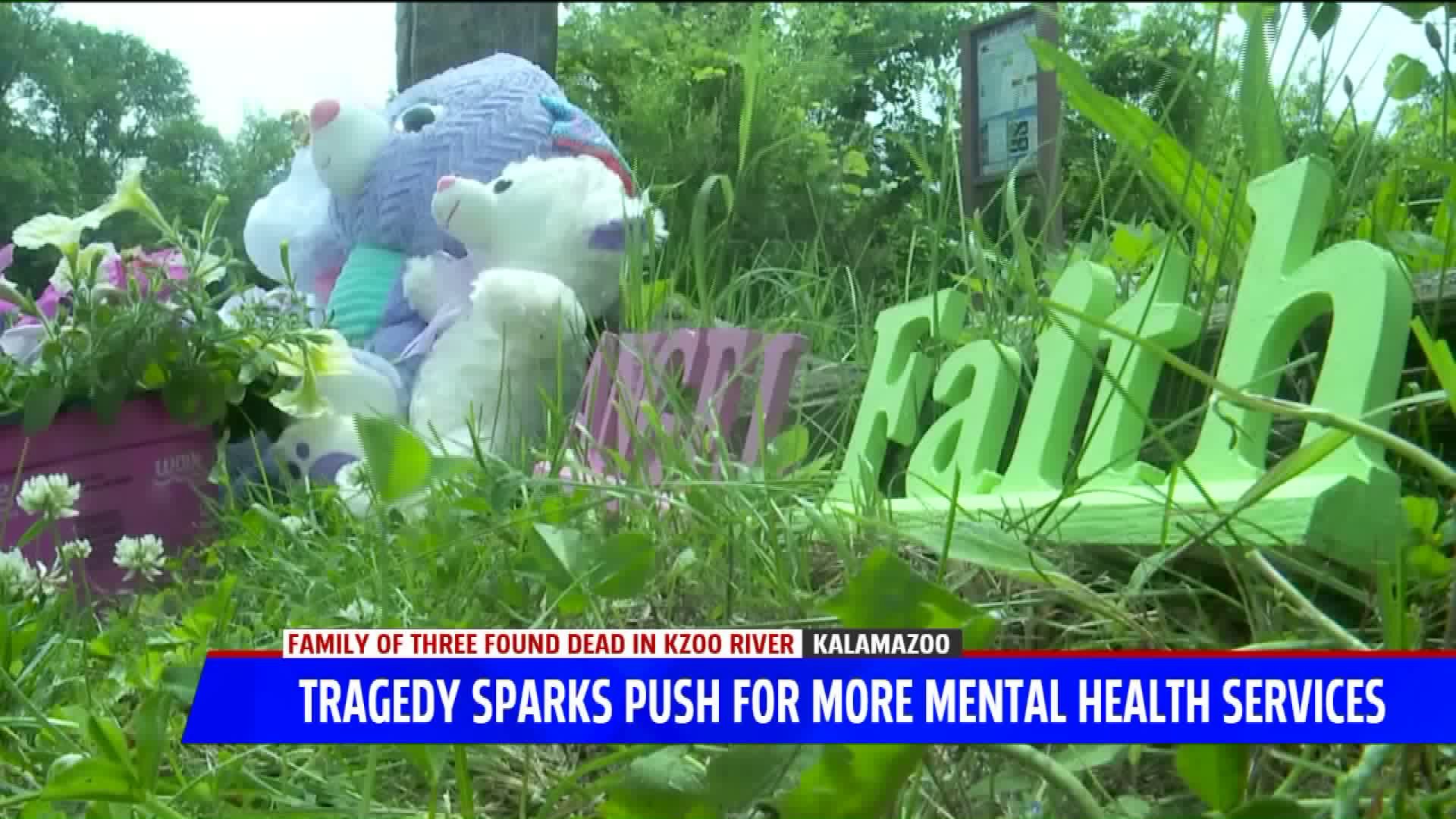 KALAMAZOO, Mich. — When county commissioner Michael Seals first heard about the tragedy of a mother driving her car into the Kalamazoo River with her twin daughters inside, he immediately called it a tragedy, he said. Seals met the mother, 44-year-old Ineza McClinton, a few weeks ago and said she seemed fine.

However when the incident happened, he was so moved by it that he made a point to  mention it in the commissioners meeting that night and talked about the need for more mental health services.

“I believed that some people they get to a point where they feel they have no hope,” Seals said. “Unfortunately this was a bad situation. I feel sorry for the family. My condolences to them and to the friends of the kids. This is going to be hard for a lot of people.”

Police said Monday night that McClinton intentionally drove into the river at Verburg Park with her 9-year-old twin daughters Angel and Faith inside. Two other young girls got out and informed police.

“We need to work with people. We need to identify people who are going through the struggles, making sure that they have someone to talk to,” Seals said. “We’ve been working on this problem for years and it seems we’re not making any headway.”

Seals said he’s apart of the county’s mental health board and their biggest challenge is a lack of funding. The state continues to make cuts to their budgets, which prevents them from launching mental health programs in the community.

Seals said he’d like to one day see programs and counselors everywhere in the community, from jails, to VA offices, and schools.

“That’s a very expensive alternative but it’s needed,” he said. “A lot of things happen in school with kids and that’s where they need to be seen as soon as possible when something happens.”

Jeff Patton, CEO of Community Mental Health and Substance Abuse Services, agreed. He said nationally every 13 minutes someone takes his or her own life. It’s a growing trend that can’t be ignored.

He said the best approach people can take for a loved who is struggling with depression or bipolar disorder or who may be in pain, is to talk to them about it.

“Don’t ignore the signs and symptoms,” he said. “Many times we as individuals we say ‘well this will pass, this will go away.’ But if it keeps occurring try to get the person into treatment.”

CMH is always an option he said. They provide an array of services for people with serious mental health illnesses and children with emotional disturbances. They have a 24-hour emergency service team ready to meet with people in a crisis situation whether out on the streets or at a hospital.

In regards to the McClinton family, he said it's best for those close to them to comfort them at this time.

“Be there to assist in any way that they can, whether that is just being available, whether it’s providing housing and financial support,” Patton said. “It’s just difficult to know because we really don’t know what the situation is particularly for the children that are surviving this.”