Paws with a Cause celebrates 40 years of service 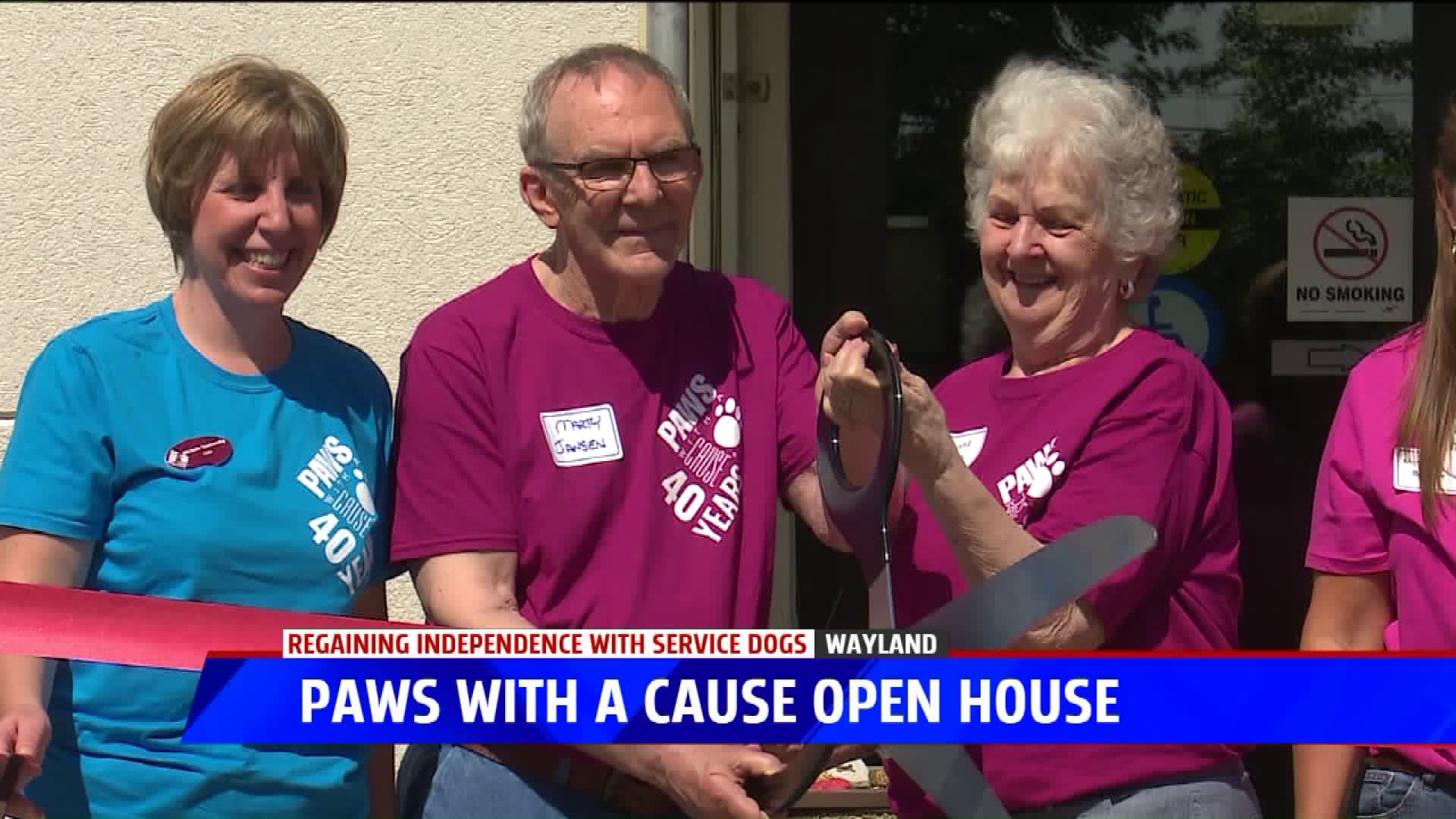 WAYLAND, Mich.— A non-profit in Wayland placing assistance dogs with people with disabilities celebrated a major milestone on Saturday.

Hundreds of people made their way out to the Paws with a Cause headquarters in honor of the group's 40th anniversary open house.

Wayland Mayor Tim Bala was there to thank the group for its work for the community. Bala participated in a symbolic ribbon cutting to signify the work Paws will do in the future, which includes placing more assistance dogs with veterans.

Also at the event were the very first Paws with a Cause clients, Marty and Dianne Jansen.

“Now I can go anywhere I want to go," client Janey Ladd says. "I can be independent. My life is changed forever because of Paws with a Cause.”

Ladd has multiple sclerosis and relies on her black Labrador retriever to help her with tasks every day.

"What MS took away from me, Paws gave back to me," Ladd says.

Ladd is one of over 3,000 people who have been placed with assistance dogs over the past 40 years.

At the open house, people got a rare look at the facilities, which include mock apartments, grooming rooms, surgical suites and more.

“From start to finish, the puppy’s with Paws. We breed labs, goldens, some standard poodles and then some smaller breeds, some papillons," says Cara Conway with Paws with a Cause.

One of their poodles, Scooter, has made a temporary home at FOX 17 while he undergoes his first year of training. The first year of a Paws dog's training is crucial for its success.

Unfortunately, many spend years on the waiting list before they are placed with a dog, which is why Paws is always in need of more volunteers to foster puppies during that first year of training. These volunteers are known as "puppy raisers."