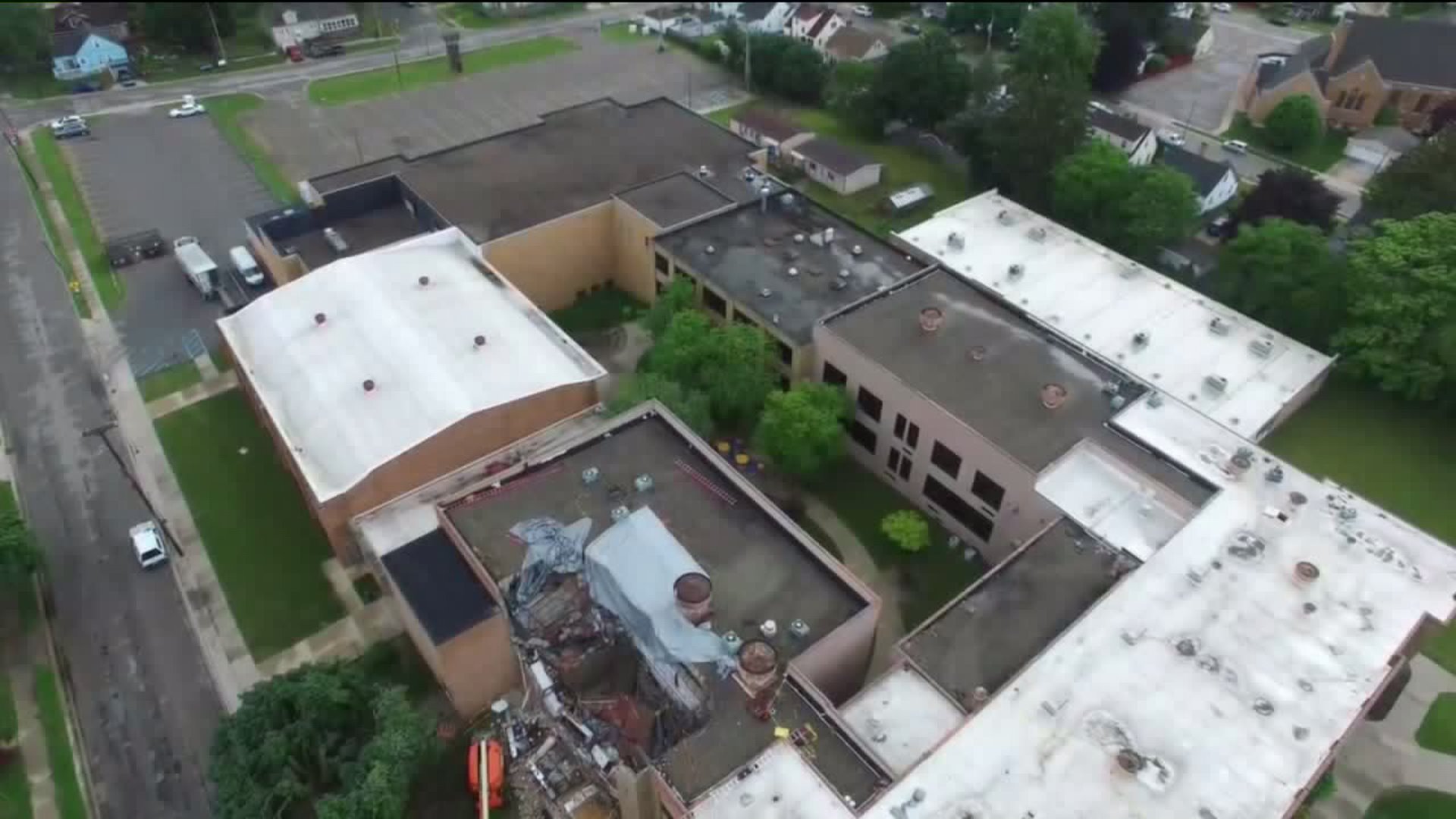 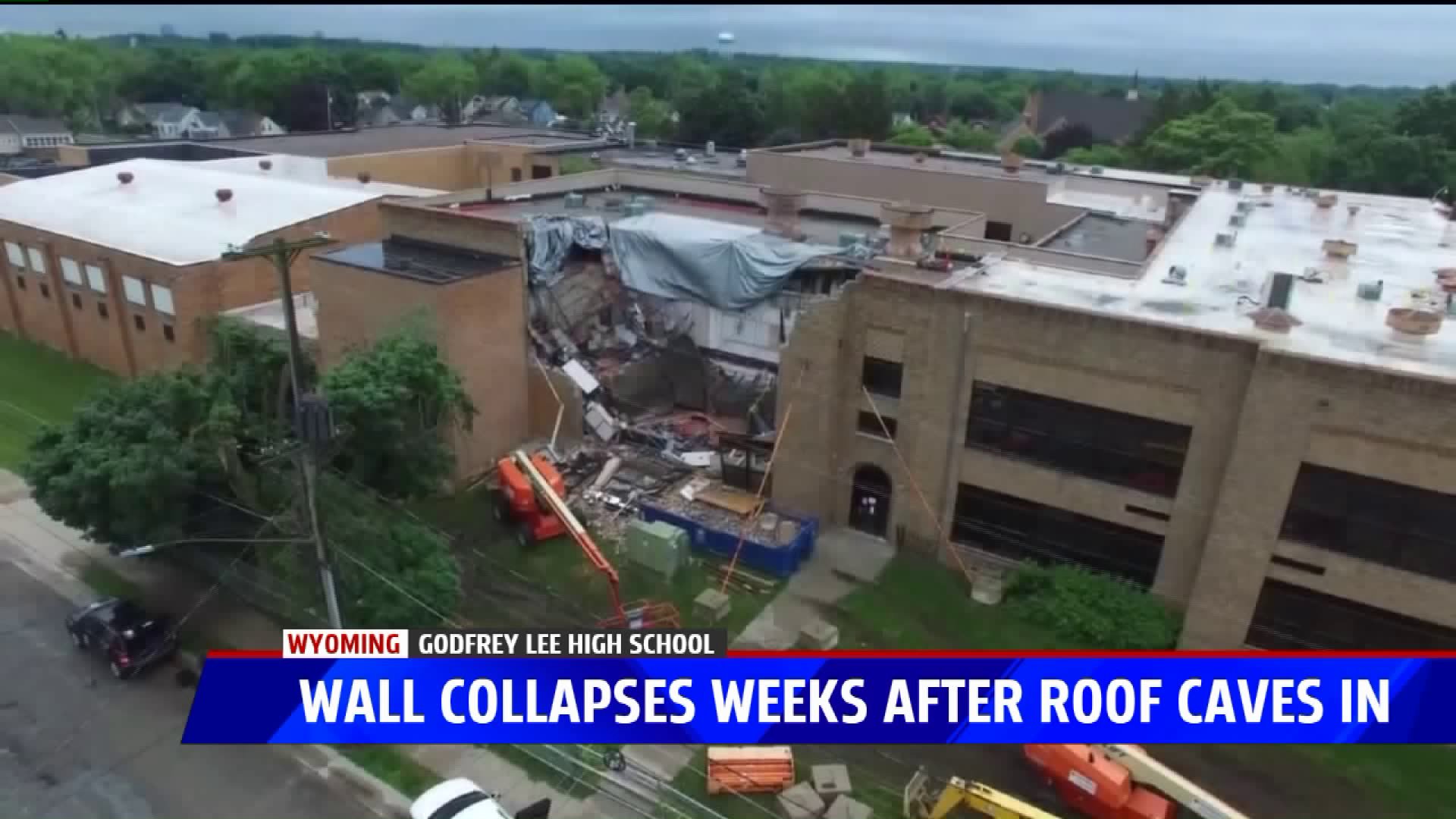 WYOMING, Mich. -- Just weeks after part of a school's wall collapsed, the second floor of Lee Middle and High School in Wyoming collapsed onto its first floor.

It happened around 9 p.m. Sunday but luckily no one was inside at the time.

The collapse comes weeks after part of the roof came down at Lee High and Middle School.

Nobody was injured in that incident either. In that incident officials say the roof structure became “disengaged from the exterior wall,” but they haven’t figured out why that happened.

Programming for TEAM 21 will continue as scheduled at the Lee Middle and High School campus for Godfrey Elementary and Lee Middle School.

The programs are housed in parts of the campus that are not near the affected area and have been deemed safe for occupancy by the structural engineer and the Inspector for the City of Wyoming.