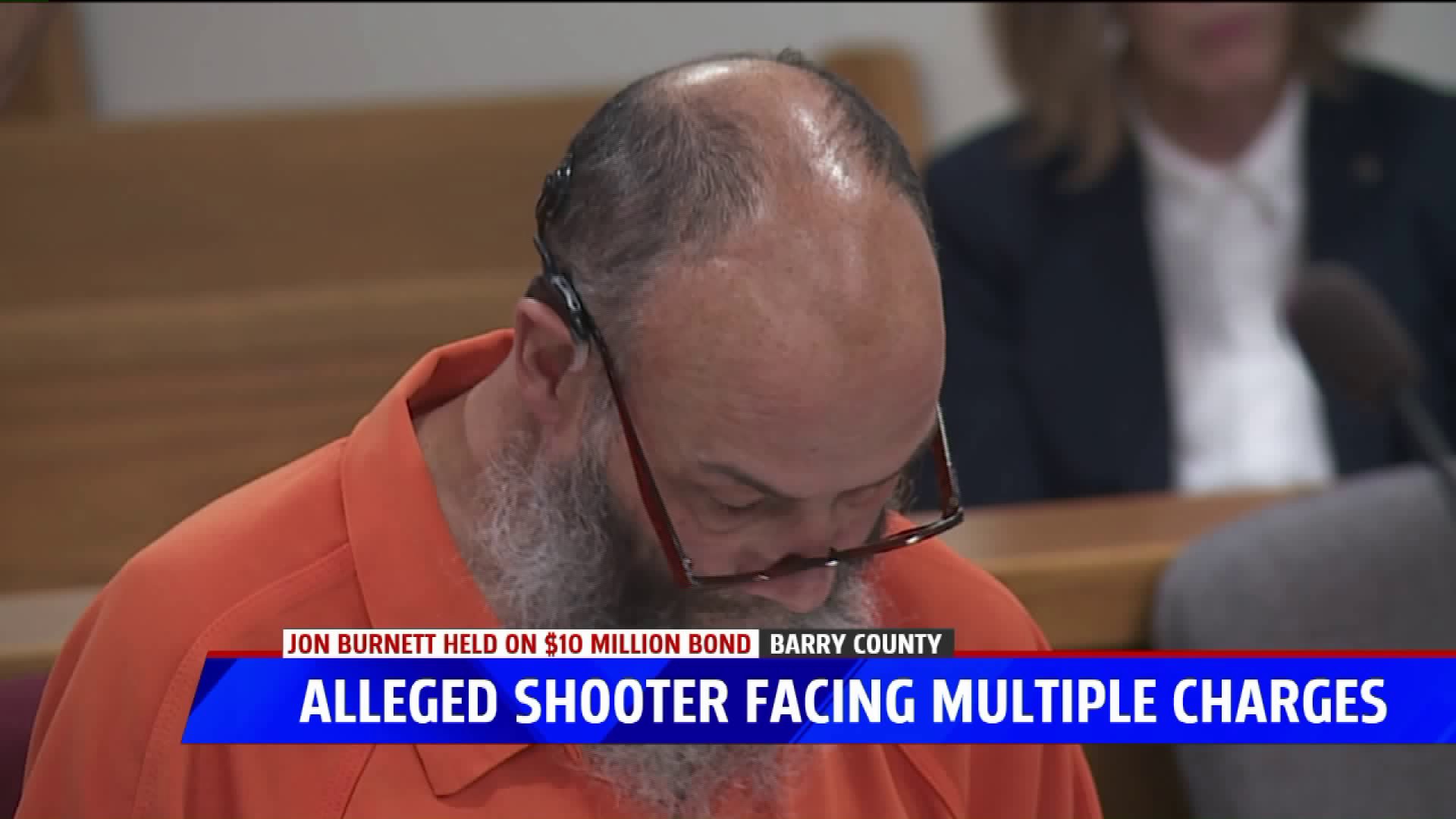 HASTINGS, Mich. — A man accused of shooting and killing two people Friday has been charged in their murders.

Jon Burnett, 63, was arraigned on two counts of open murder, assault with a dangerous weapon, assault by strangulation and four counts of felony firearm.

A mug shot of Jon Burnett.

The charges stem from the shooting deaths of Bryce DeGood, 21, and Gary Peake, 73, in Orangeville Township Friday afternoon.

DeGood's body was found near the intersection of Lewis Road and Lindsey Road. In a nearby home, police found Peake's body.

Barry County Sheriff Dar Leaf says the suspect also threatened several other people with a gun near the area where the victims were found.

"It’s being investigated that mr. Burnett also shot at various motorists who tried to help a person that was lying in the street, and that he placed his gun in the faces of several other motorists including one who had small children in the car," Pratt, said.

FOX 17 spoke to the wife of the suspect on Saturday. She says Burnett has a history of head injuries. She added that she did not know DeGood, but that they were neighbors with Peake, a man who they both considered a friend.

Burnett is also accused of strangling his wife on the same day.

The sheriff’s department has not yet provided a possible motive in the case.

Burnett is expected back in court July 3.