GRPD: Crimes involving guns on the rise in 2019 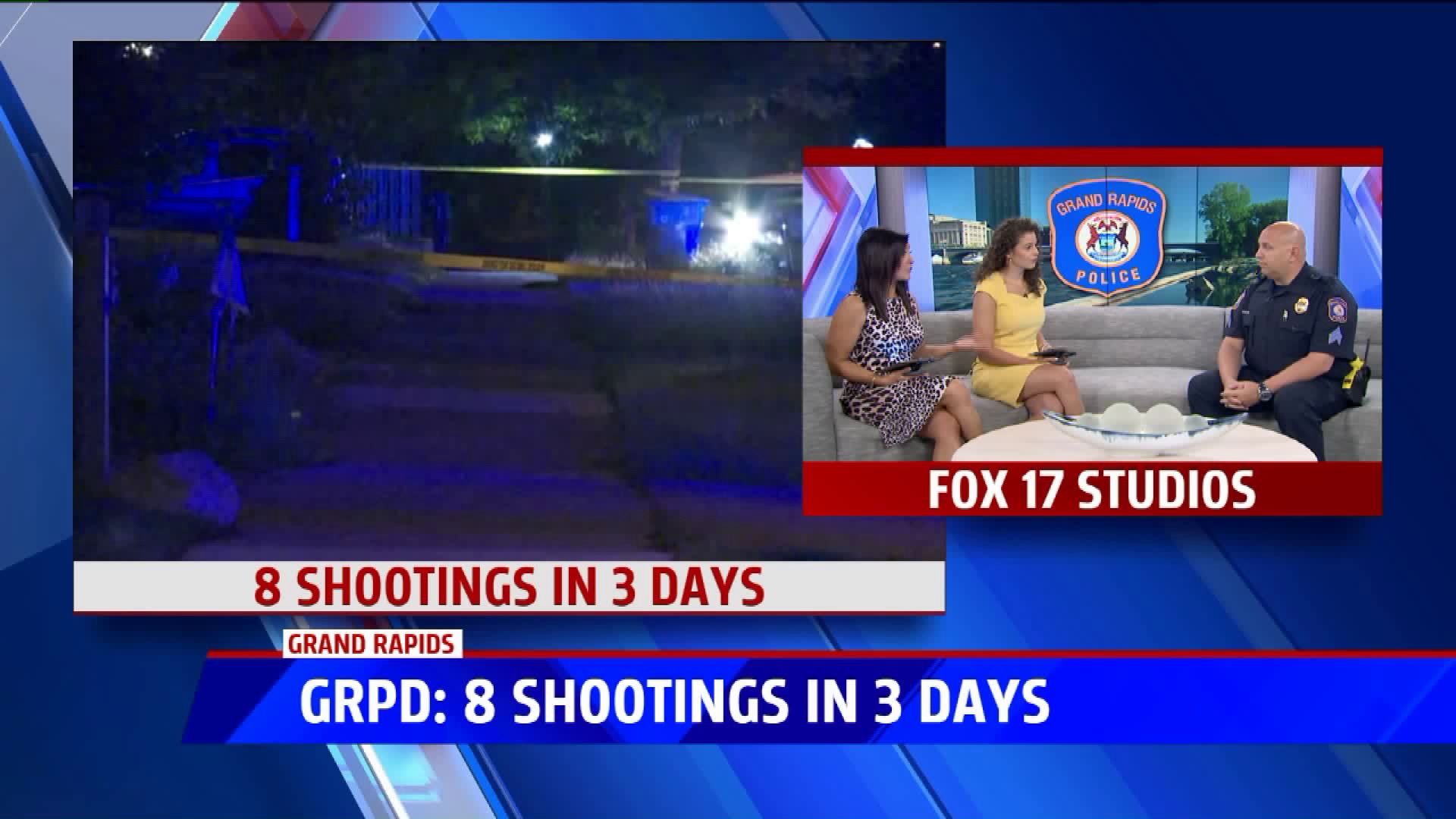 GRAND RAPIDS, Mich. — Grand Rapids police are ramping up efforts to prevent gun violence in the city, after a rash of shootings across the city in just a matter of days.

"We are definitely seeing an uptick," said Sgt. Dan Adams with the Grand Rapids Police Department after eight different shootings across the city in three days.

Interim Chief David Kiddle has been keeping tabs on crime throughout the city and says so far in 2019, the department has seen a 49% increase of reckless discharge of firearms into homes compared to last year.

There is also a small 8% increase in firearms being used in assaults and a 39% increase in robberies involving firearms this year, compared to 2018.

"There are too many guns out there and they are not being used responsibly," Adams said. "We need to take care of that."