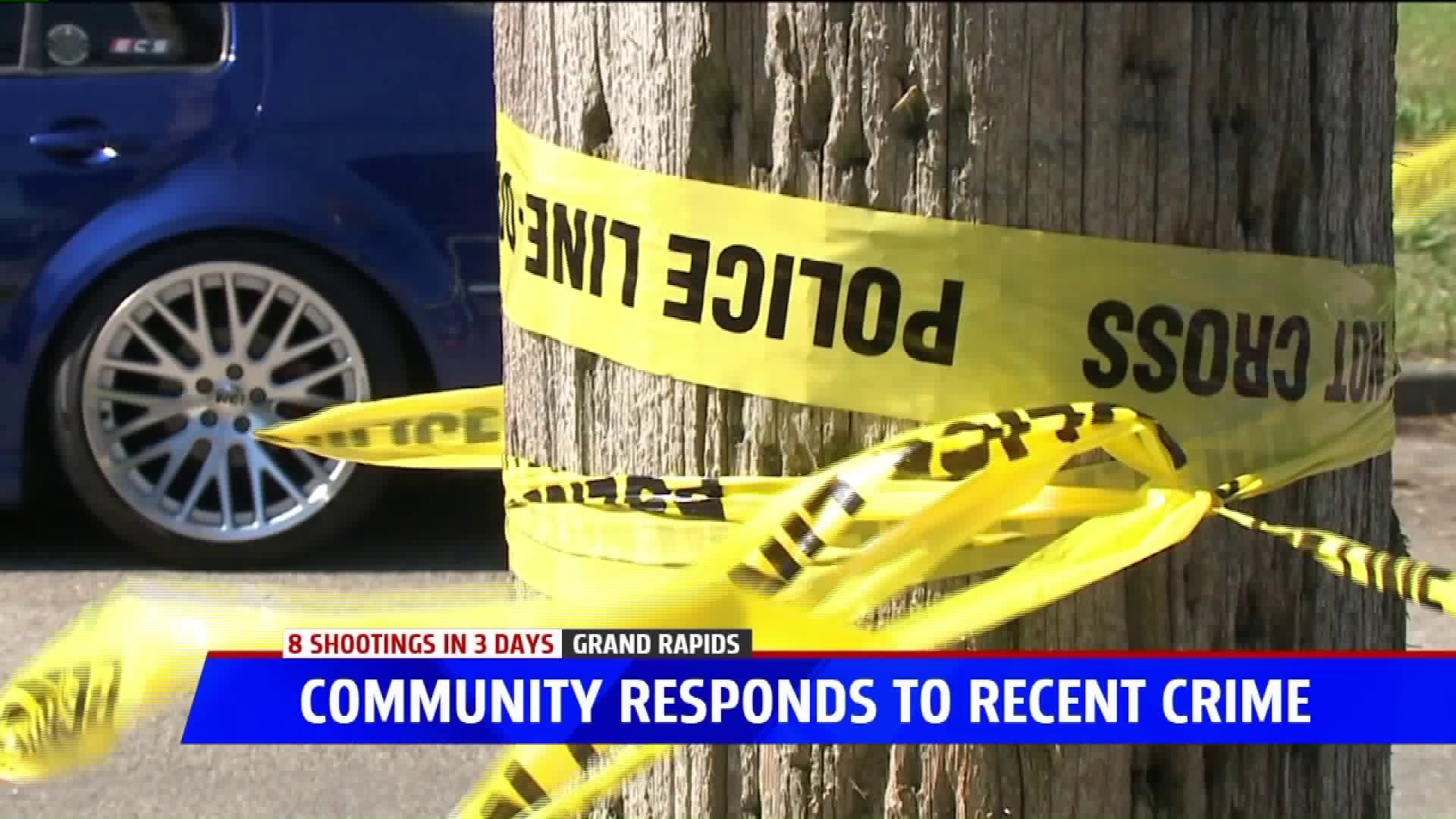 The meeting, which had already been scheduled through the SAFE Task Force for its Pitch and Highlight night, also featured an added community forum to discuss seven shootings within the city in just 60 hours.

Interim Police Chief David Kiddle says he was encouraged by what he heard from neighbors on Tuesday.

“I think when you put impassioned people together, the community and the officers, you can make a difference,” said Kiddle.

Those who attended the meeting say, they appreciated the chance to be heard.

Four grants were awarded to:

During Tuesday's meeting, an eighth shooting was reported off Lynch Street SW. Police tell us two homes were hit by bullets, but nobody was hurt.

You can also report and monitor crime incidents in the Grand Rapids area on their crime mapping site.