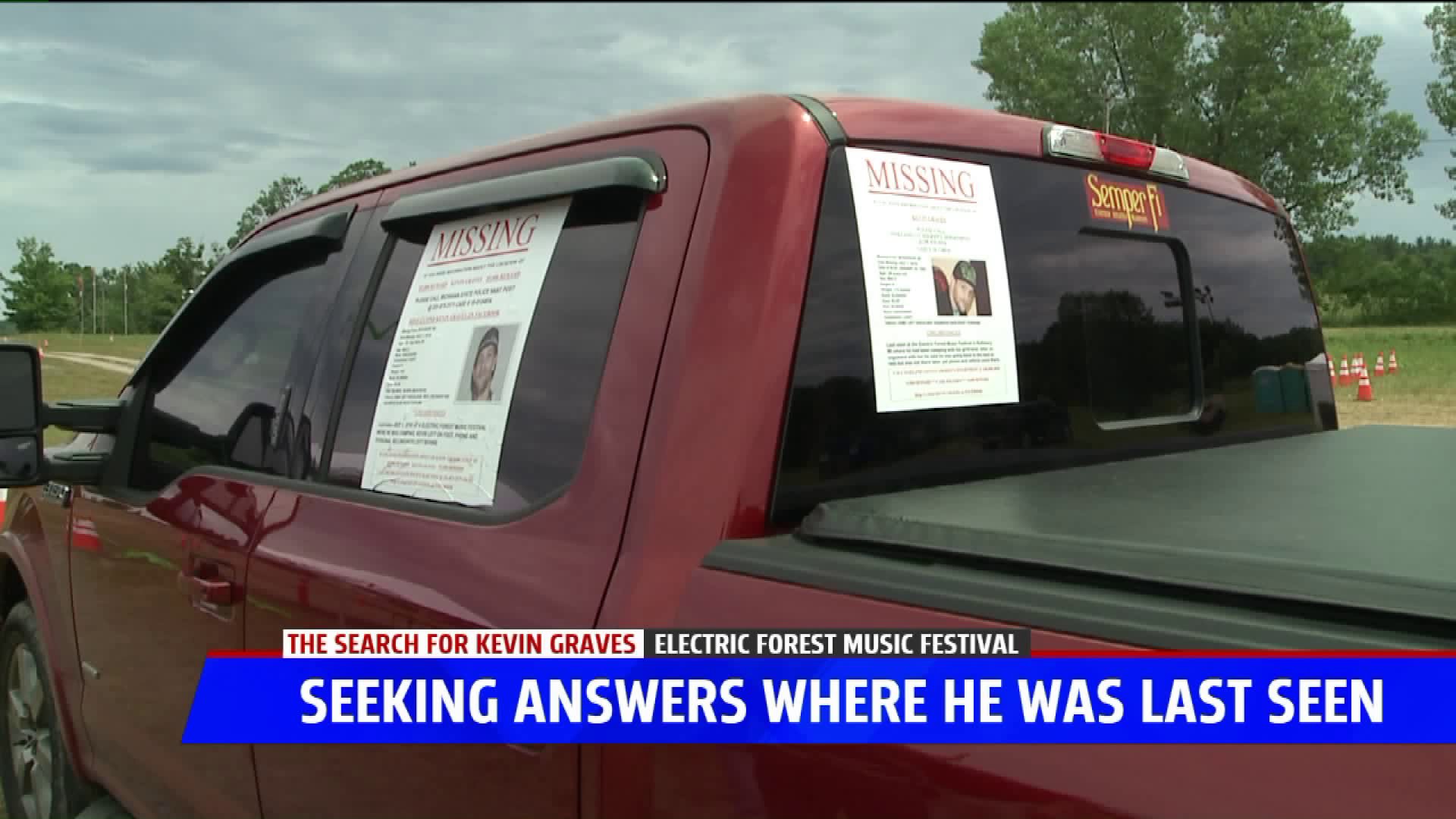 Speaking with parents of Kevin Graves, Gary and Kathy.

ROTHBURY, Mich. -- The family of a man who disappeared after last year's Electric Forest Festival are back in town to keep his name out there.

Gary Graves and his wife, Kathy, traveled to Rothbury on Friday morning from their home on the east side of the state. They brought 500 flyers to pass out at the event's entrance gates.  On those flyers is their missing son, Kevin Graves.

Twenty-eight-year-old Graves disappeared during last year's festival. His family says he got into an argument with his girlfriend and walked away.  He has not been seen or heard from since.

Kevin's sister and niece were also on site Friday passing out flyers.  Alexis Theeck, Kevin's niece, says, “I just want him found and to see my uncle again, spend time with him.”

Even if the family makes little headway this weekend, they plan to continue their efforts.

“I’d just love to hear his voice, I'd be happy. And know he’s OK. We’re not giving up. Yeah, we’re definitely not giving up,” his father says.

Electric Forest provided a statement to FOX 17 regarding the situation, saying, "The festival is in touch with Kevin Graves’ family, and is supporting their efforts to collect any information that might help them understand his possible whereabouts."

The family is offering a $5,000 reward for information regarding Kevin's whereabouts.