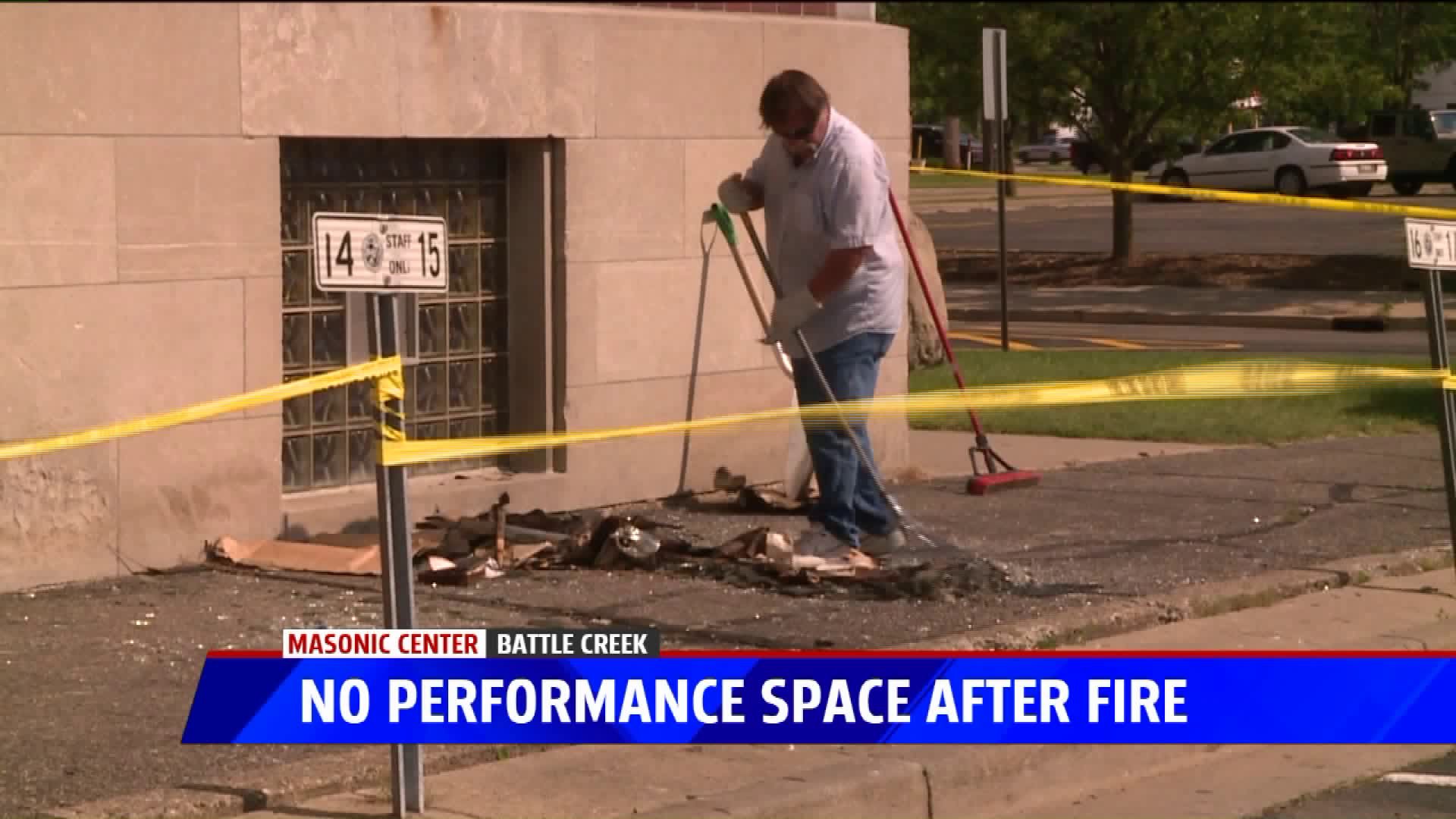 A fire broke out around 3 a.m. in the basement of the Masonic Center in Battle Creek

Nobody was injured in the fire, but the center did contain gear belonging to the Bad Wolf Theatre Company, whose final performances were scheduled at the Center this weekend, following a two-week camp.

"There’s a ton inside. We have our set pieces that we were building, we have audio equipment, lights, costumes, promotional materials," said Music Director Zoe Moser. "We don’t exactly know how much we lost, but with us having a show on Friday, it's definitely a big setback to us and all of our campers that are in the show."

The theatre company is now using a space at Harper Creek High School for this weekend's shows, which include about 40 children.

"We feel very grateful that we even have a space to perform. But we know that there is still a lot of work that needs to be done.  We’re ready for the challenge and we just are thankful the space," said Zoe.

The cause of Tuesday's fire remains under investigation.