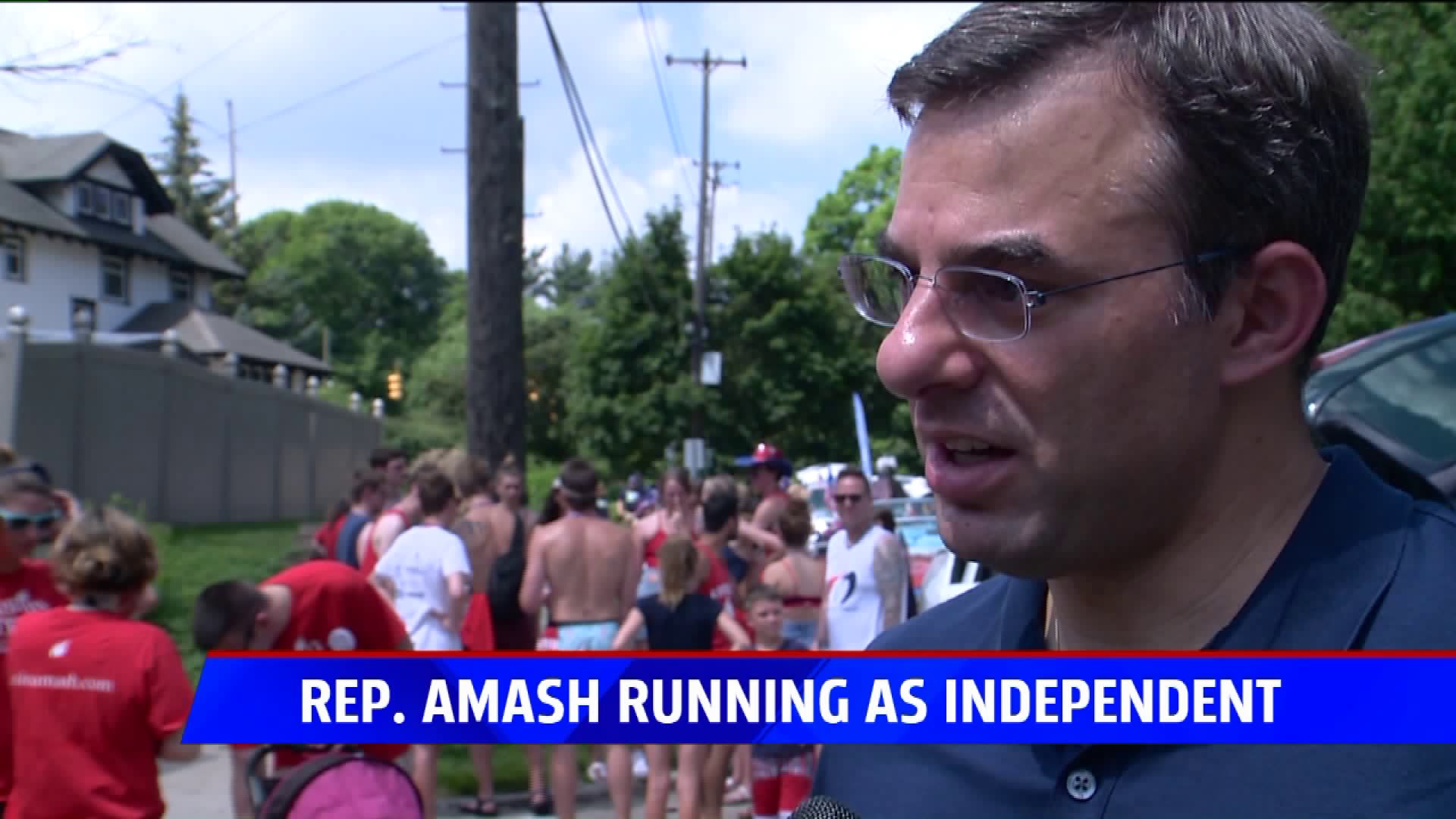 EAST GRAND RAPIDS, Mich. — Rep. Justin Amash says he is hoping to set an example by declaring his independence from the Republican party.

The Libertarian lawmaker announced he was leaving the GOP in a Washington Post op-ed Thursday morning.

“I’ve thought a lot about this decision, as we approached Independence Day I thought, ‘this is a good day to do it,’” Amash said at the July 4 parade in East Grand Rapids.

Amash confirmed he will be running as an Independent in pursuit of re-election.

He said there aren’t enough legislators acting on principle.

“(He wanted) to stand up and say, ‘enough is enough with the system,’” he said. "People are going to Washington, they’re going to Lansing and they’re doing things based on partisan affiliation and they’re not doing things basis on principle or what’s best for everyone in their community, so I thought it was important to come out and take a stand and set an example.”

President Donald Trump sent a tweet Monday calling Amash one of the “dumbest and most disloyal men in Congress.” It isn’t the first time Amash has drawn criticism from the president.

Great news for the Republican Party as one of the dumbest & most disloyal men in Congress is “quitting” the Party. No Collusion, No Obstruction! Knew he couldn’t get the nomination to run again in the Great State of Michigan. Already being challenged for his seat. A total loser!

Amash said there is very little room in the Republican party to disagree with Trump, and that is a dangerous concept.

“I think it’s dangerous where we’re headed, where if you disagree with one person in your party — the person at the top — you’re considered an outcast and I think that’s very dangerous for our country,” Amash said.

Regardless of the criticism from other Republicans, Amash is confident he is making the right decision.

“I’ve always been pretty independent, so it’s not as different as it might be for some other people in office, but I’m happy, I’m confident I’m doing the right thing and that’s how you should operate as a legislator,” he said.

Several people in attendance at the parade said they were happy with his decision to leave the Republican party.

“I know the community well, I’ve been representing the community for several years now and most people are not super partisan, most people are not super political,” Amash said. “They want someone to go represent them with honor and integrity, and I think they just want someone to go do the right thing and stand up for them. Right now, a lot of people in Washington are not doing that."

State Rep. Jim Lower, who is one of four Republican candidates running in Michigan’s 3rd District, said Thursday’s decision seemed like the direction Amash was heading in.

“It’s clear that he knew he couldn’t be re-nominated as Republican for Congress, so he’ll probably just run as an independent and try to keep the seat that way,” Lower said.

Lower said despite Amash's backlash from dissenting the president, there is room in the GOP to disagree with President Trump.

“There’s certainly room but Amash is way outside of the mainstream, not only on the issue of wanting to impeach the president but also joining with what I would deem extremists on a lot of issues," Lower said.