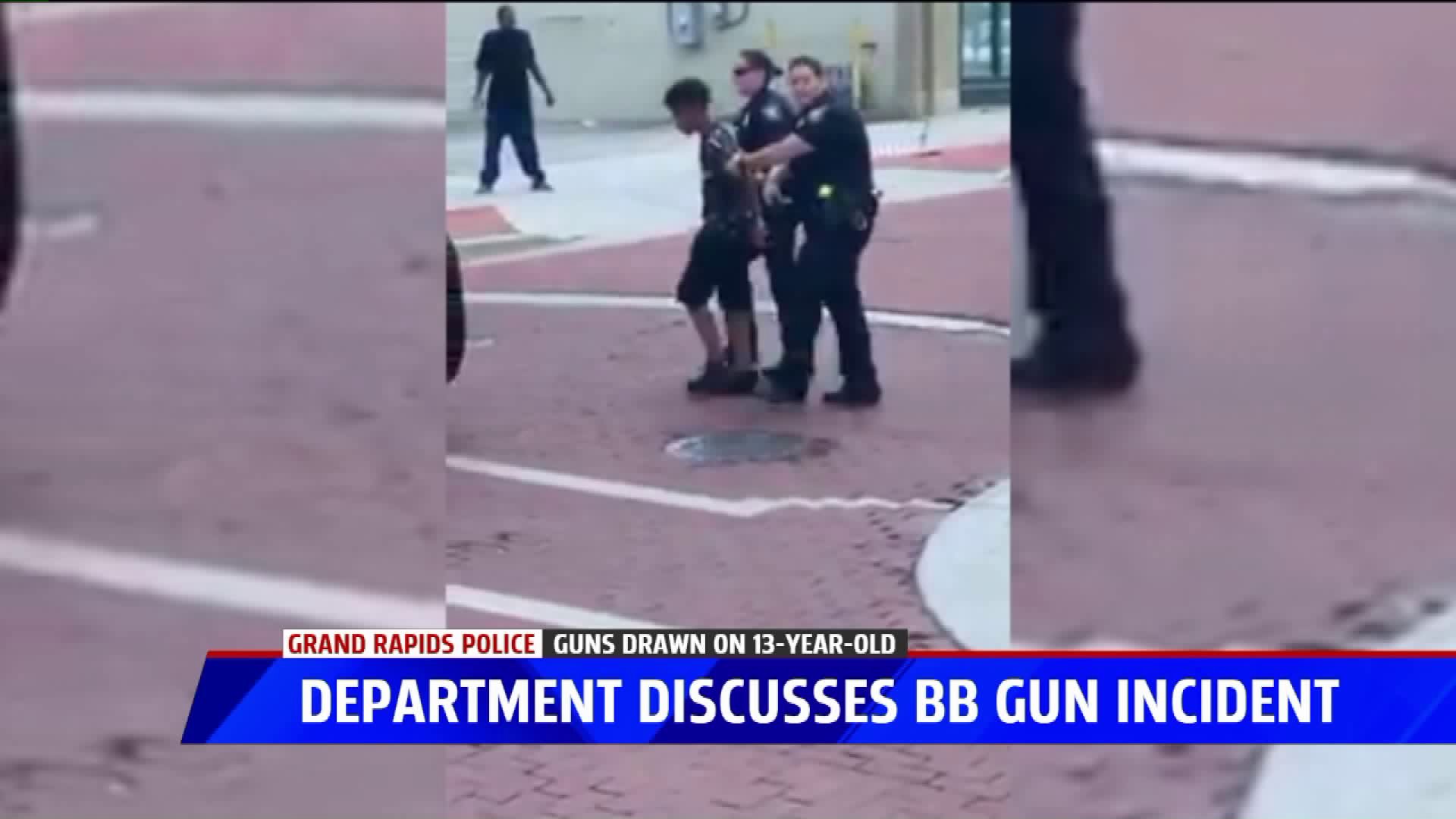 On July 4, Grand Rapids police responded to a 911 call that someone in the downtown area was carrying a gun.

Police found that person, a 13-year-old boy who was carrying what looked like gun. It turned out to be a BB gun with the orange plastic tip broken off, but that doesn’t change the way officers respond to the situation.

They responded how they were trained to, which is to treat that firearm as if it was real.

Officers in a video shared on Facebook appear cool, calm and collected. They explain to the boy what they are doing and why.

“We have the suspect laid down in what we call ‘prone’ so they have their hands away from their body and they can’t be near the suspected firearm,” Grand Rapids Sgt. Dan Adams said.

Adams said having the boy in that position ensures they are in control, so the situation doesn’t escalate further.

“This way we’re in control. The suspect isn’t able to reach for the weapon or do anything to make us think they are reaching for a weapon,” Adams said.

Officers can be heard saying, "Please let us work it out and I promise you we will take care of it, OK?" and "I know it's a fake gun, but we have to make sure okay?"

They then put the boy in handcuffs and remove the BB gun from his waistband.

It looks remarkably like a real gun, which police say is a real problem.

While it's not illegal to carry a BB gun, police say it's certainly not a good idea. If officers can’t discern the difference, they will respond in the way they were trained.

“There’s a lot of tools in our tool belt, but a crystal ball is not one of them,” Adams said.