Remains found in Sturgis could date back to 1830s 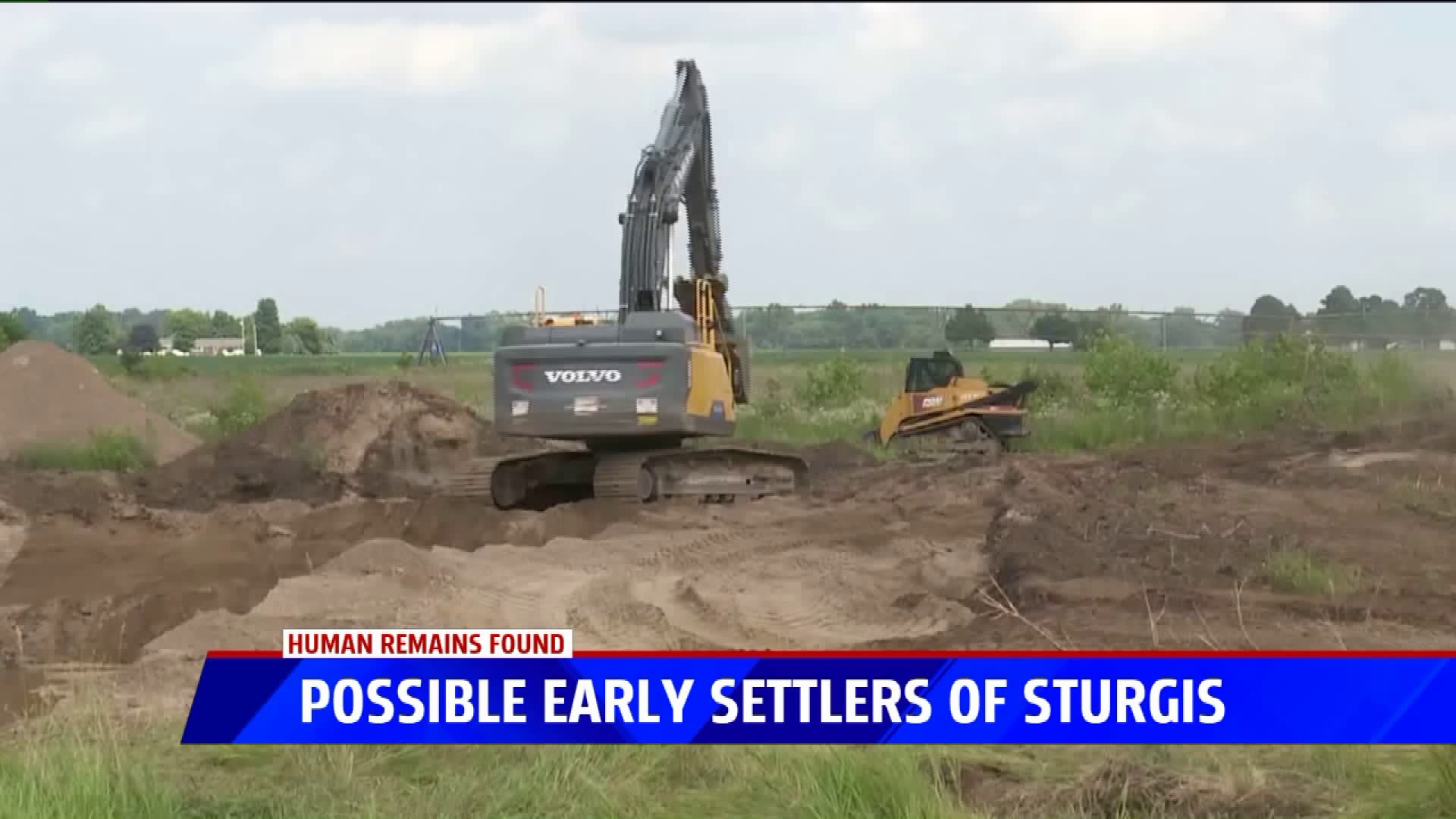 STURGIS, Mich. — After mysterious remains were unearthed by a construction crew in Sturgis Tuesday – then more on Wednesday morning – the plot is thickening as experts try to identify who they belong to.

Tuesday, officials said the remains were old – very old, possibly dating back to the 1830s.

“The remains that have been found are all older, so when I say older, whether that`s Native American, whether that`s homesteaders, until they`re carbon dated, we won`t have an exact time frame, but I guess the good news so far is they`re pretty sure it`s nothing recent,” Geoffrey Smith with Sturgis Public Safety said on Tuesday.

While anthropologists expect it to take months of testing before their identities are known, Stoney Summey, with the Michigan Veteran Affairs Agency says he has an idea about one of them.

For the past four years, he’s been using death certificates and military pension forms to track down David Randol, a Revolutionary War veteran. Neither his body nor his grave were ever found.

“When I saw it on the news yesterday, I thought ‘well what are the odds that this may not be connected to the grave that we have been looking for on that same road.’ So when I saw that that was my first thought was maybe this could possibly solve the mystery where he was buried,” said Summey.

Summey and Randol’s descendants are hoping they can now give him a proper burial and gravesite.

Researchers will use carbon dating and DNA testing to figure out the age, and identities of the remains.