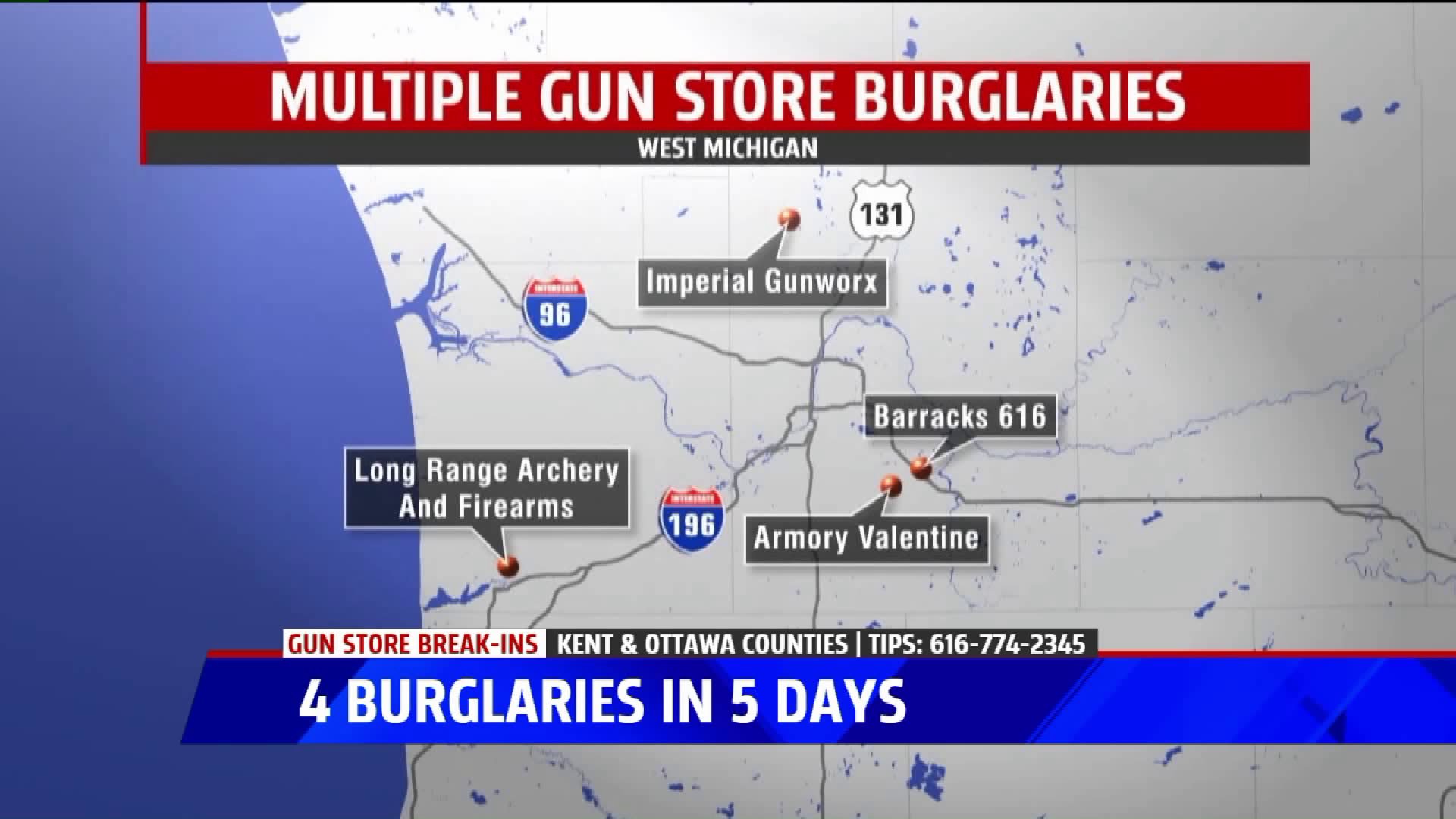 WEST MICHIGAN -- In the past five days, four west Michigan gun shops have been broken into and burglarized.

The crimes are now being investigated at both the local, state and federal level.

Three of the break-ins happened early Sunday morning, right now it’s unclear what or how many guns were taken at each.

The string of break-ins began last Wednesday when nearly two dozen guns were stolen from a shop in Kent County's Cascade Township.

At around 3:00 a.m. Wednesday police were called  to Barracks 616 in Cascade Township.

Police say security cameras showed four men in masks broke-in and took more than 20 guns. They are now looking for those men and a white SUV. There’s a $5,000 reward for anyone with information.

Moving on to Sunday, where glass sits outside the Armory Valentine in Kentwood.

Around 2:30 a.m. an alarm signaled police to the store where they say guns were stolen, we are working to learn more about potential suspects.

Just north of Kentwood in Sparta, police were on scene early this morning after a brick and concrete slabs were thrown through the front of Imperial Gunworx. Police say the burglary happened around 3 o'clock Sunday morning.

In Holland Township,  four suspects smashed their way into long range archery and firearms and stole several guns just around 5 Sunday morning.  Deputies say they took off in a dark colored SUV.

All these incidents are still being investigated. It is unknown if any are connected.

Police have not yet made any arrests.