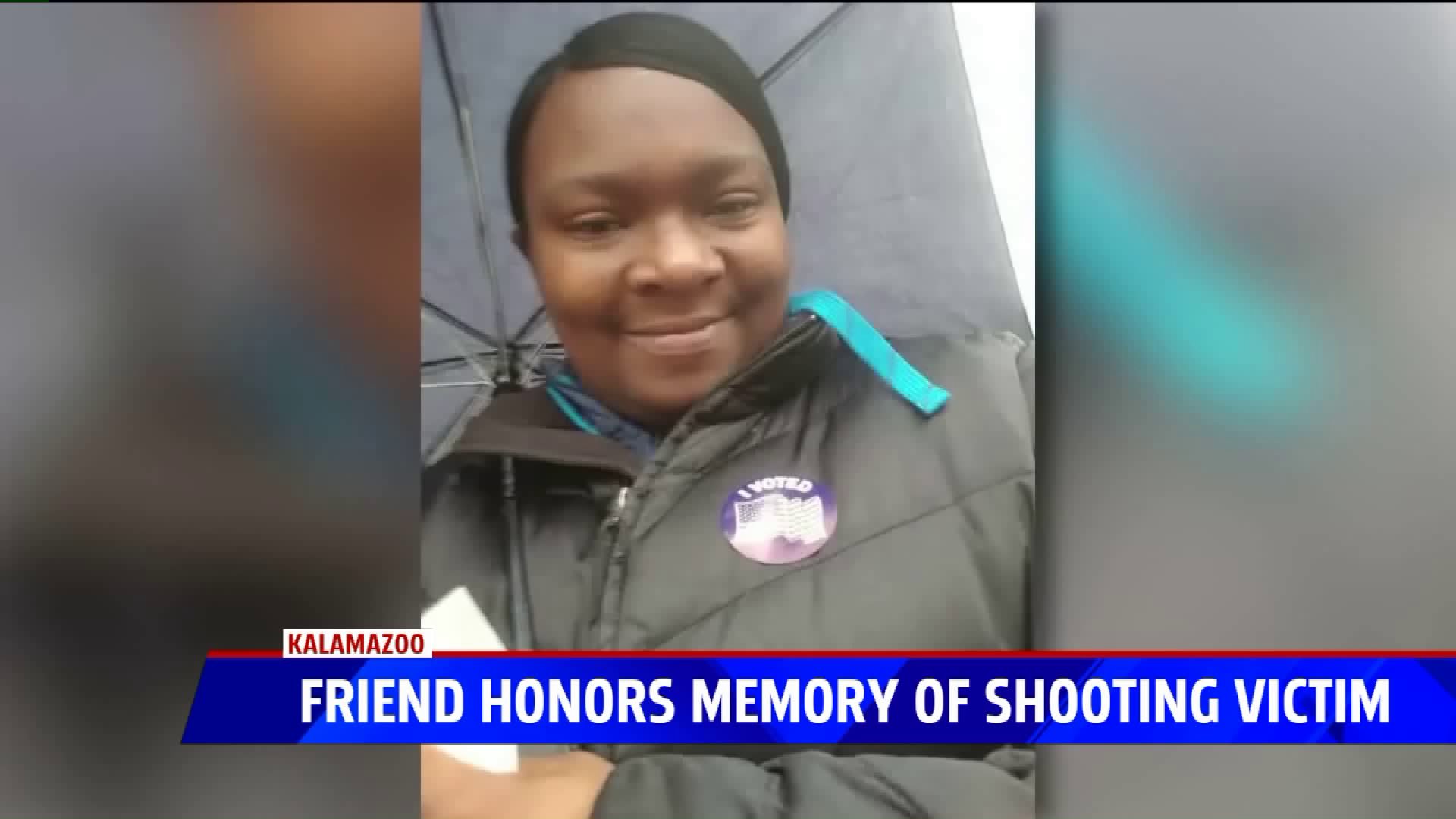 Lewis was a good friend and a “dedicated volunteer.” She was president of her local Parent Teacher Organization and was appointed by the former Kalamazoo Public Schools superintendent to the Parent Advisory Council.

“She ran for county commission a year ago (and) lost by less than 100 votes,” Moore said during an interview with FOX 17. “She didn’t stop there. She kept right on going.”

A few months ago she spoke at the African American Mental Health Symposium about the traumas she endured throughout her life, Moore said. She talked about her trials and adversities, and then talked about the importance of healing to be a better person for herself and mother for her children.

Moore said Lewis was a mother of nine children and that several of them lived with her. In the home, she always preached education and community advocacy to them.

Sadly, they may have been the last ones to see her alive, she said.

Kalamazoo police said Lewis was shot and killed at a house on Church Street on Monday.

“It’s an incredible loss,” Moore said. “I seriously grieve for these children who just lost a mother and a father.”

Police said they arrested a 36-year-old man at the scene yesterday who confessed to the crime. He’s expected to be arraigned Wednesday in Kalamazoo.

Moore hopes justice is served, she said. More importantly, she hopes the children and community can process and heal from this trauma.

“No one deserves to leave this Earth in that manner and no children deserve to see their parent hurt, harmed, or lose their life in that manner as well,” she said. “That is just unacceptable.”