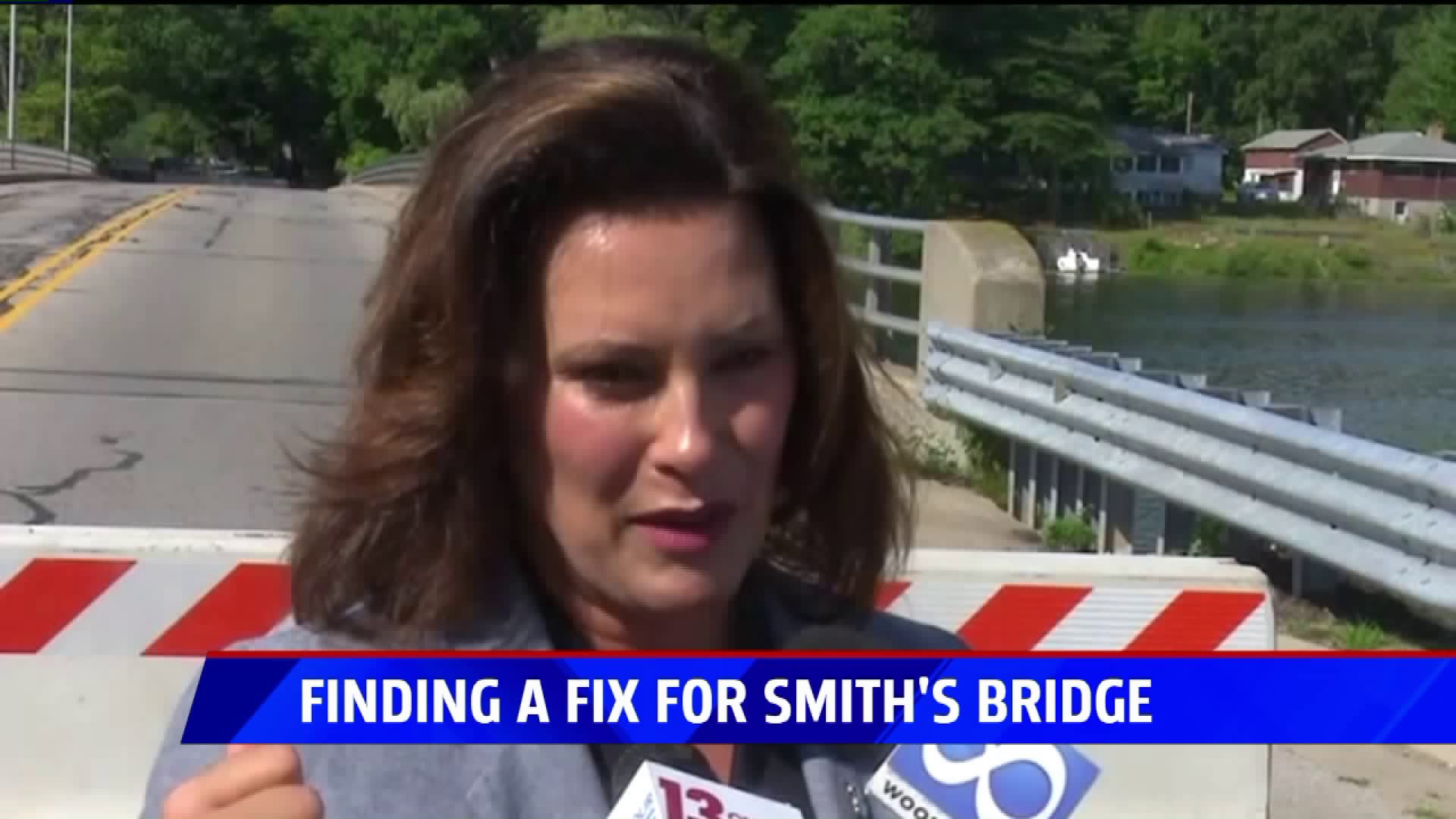 FERRYSBURG, Mich. — Gov.  Gretchen Whitmer paid a visit Wednesday to the community of Ferrysburg, where many residents are fighting to keep Smith's Bridge open.

A recent inspection led to closure of the bridge, but some residents are fighting to get it reopened, even attempting to raise the $2,000 needed to get a second opinion on the closure.

The governor spoke Wednesday about the bridge needing to be repaired and using the gas tax to do so.

"We have to get serious about fixing these problems," she said. "This is life and death in many ways, but it’s also about our economic future. It's about safety on our roads every single day."

Residents said the repair may be needed, but closing the bridge is concerning.

"It's just so inconvenient, and I feel like it's cut off this side of the bridge as part of our community," says Loirinda Hauter, a Ferrysburg resident who says she isn't alone in feeling this way about the city's decision to shut down the bridge.

The bridge was closed at the beginning of the summer after a May inspection noted advanced deterioration, though the report did not specifically recommend the bridge be closed entirely.

"Box beams are deteriorating, so if something goes heavy over a box beam there's a chance that it could sink," said City Manager Craig Bessinger when FOX 17 spoke to him last month about this.

The Ferrysburg city council has tried in the past to get the $13 million needed to rebuild the bridge by applying for grants and even put a millage on the November 2017 ballot, but it was voted down.

At Monday's city council meeting, the council decided to get a second opinion on the bridge after a resident said she'd shell out $2,000 for it.

Now residents are coming together to help raise the money, one "Save Smith's Bridge" T-shirt sale at a time. "We know that what we raise is a tiny drop in a giant bucket," says Julie Franczek, the fundraiser coordinator.

" I think after the meeting, a lot of citizens were shocked that based on one evaluation they voted unanimously to shut the bridge down, and they also said they would not pay for a second evaluation, so I think that's where the citizens are going to step up," Franczek adds.

The hope is to reconnect the city that is now split in half by "closed" signs that sit on the bridge that connects them.

"I feel like abandoned, and I think there's a lot of people that feel that way. It's sad, it really is," Hauter says.

The city is waiting to see if they will get needed funding at the end of this year.

Meanwhile, residents are raising money for a second inspection that the city will schedule.