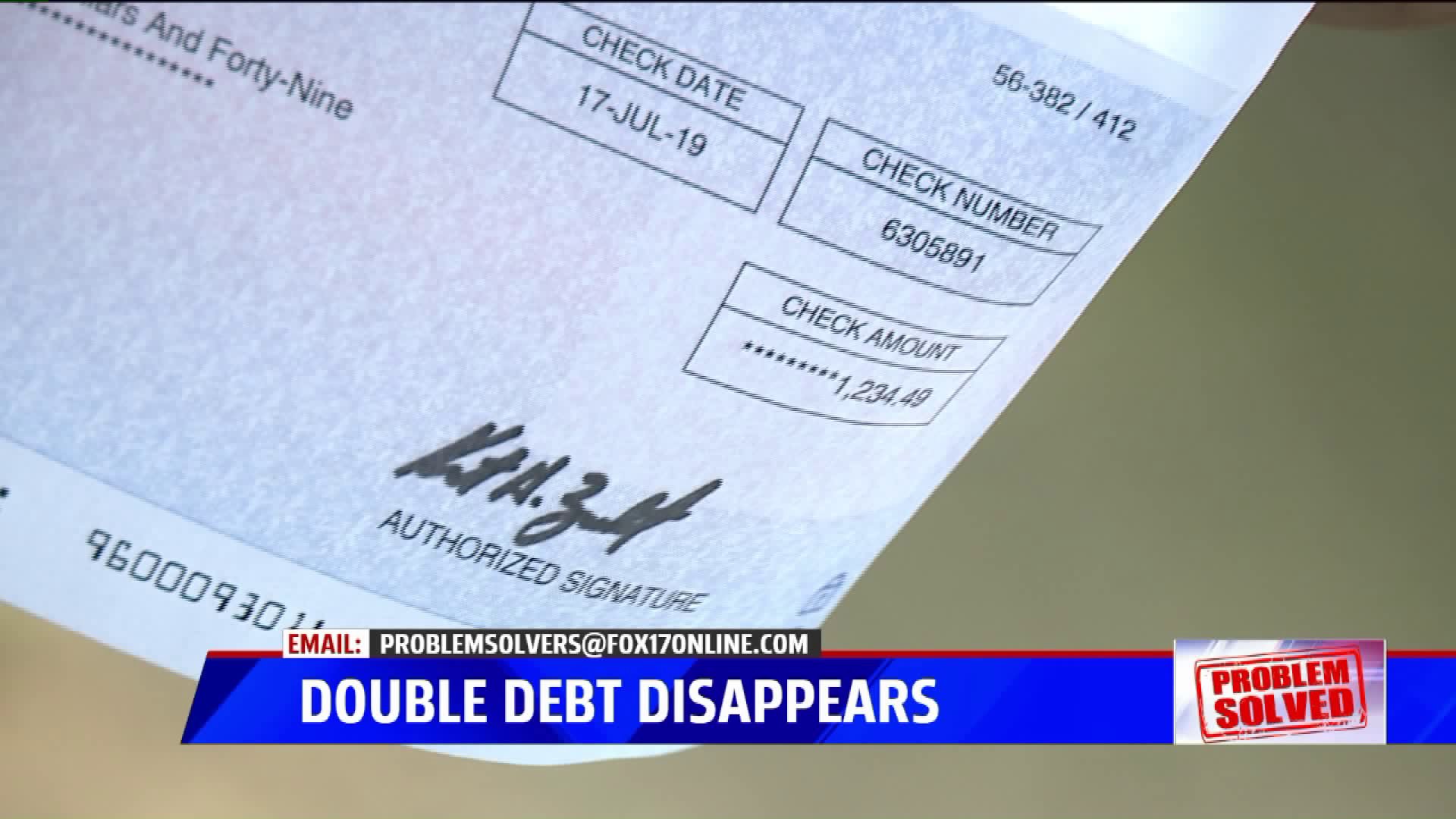 CALEDONIA TOWNSHIP, Mich. — It's problem solved for a woman from Caledonia who tried to pay off a debt only to end up doubling it. For months, she tried fixing the error with multiple companies but didn't get any where until calling the FOX 17 Problem Solvers.

Not only did Amazon refund Kerri Bartz her $1,200, but Chase Bank waived the interest fees for four months of late payments.

"Nothing was gonna happen until you guys got involved," she said.

Bartz said her $1,234.49 check arrived in the mail Monday from Amazon.

In early March, Bartz said she signed up for an Ollo credit card with no interest. She then used that credit card to pay off her Chase Amazon credit card. Here's the problem.

She had her check sent to the wrong address. Bartz made a mistake and gave Ollo Card Services the address for Amazon instead of Chase Bank's mailing address.

She said she had trouble getting through to anyone who would actually help her resolve her problem. So Bartz called the Problem Solvers and we contacted Ollo, Amazon, and Chase corporate offices. We helped Bartz get connected to the right people.

She said the assistance goes a long way since she's now facing medical issues from a car crash.

"We're struggling, especially with the accident and everything. So it means a lot," she said.

It's just a reminder to double-check this type of information before sending a payment.