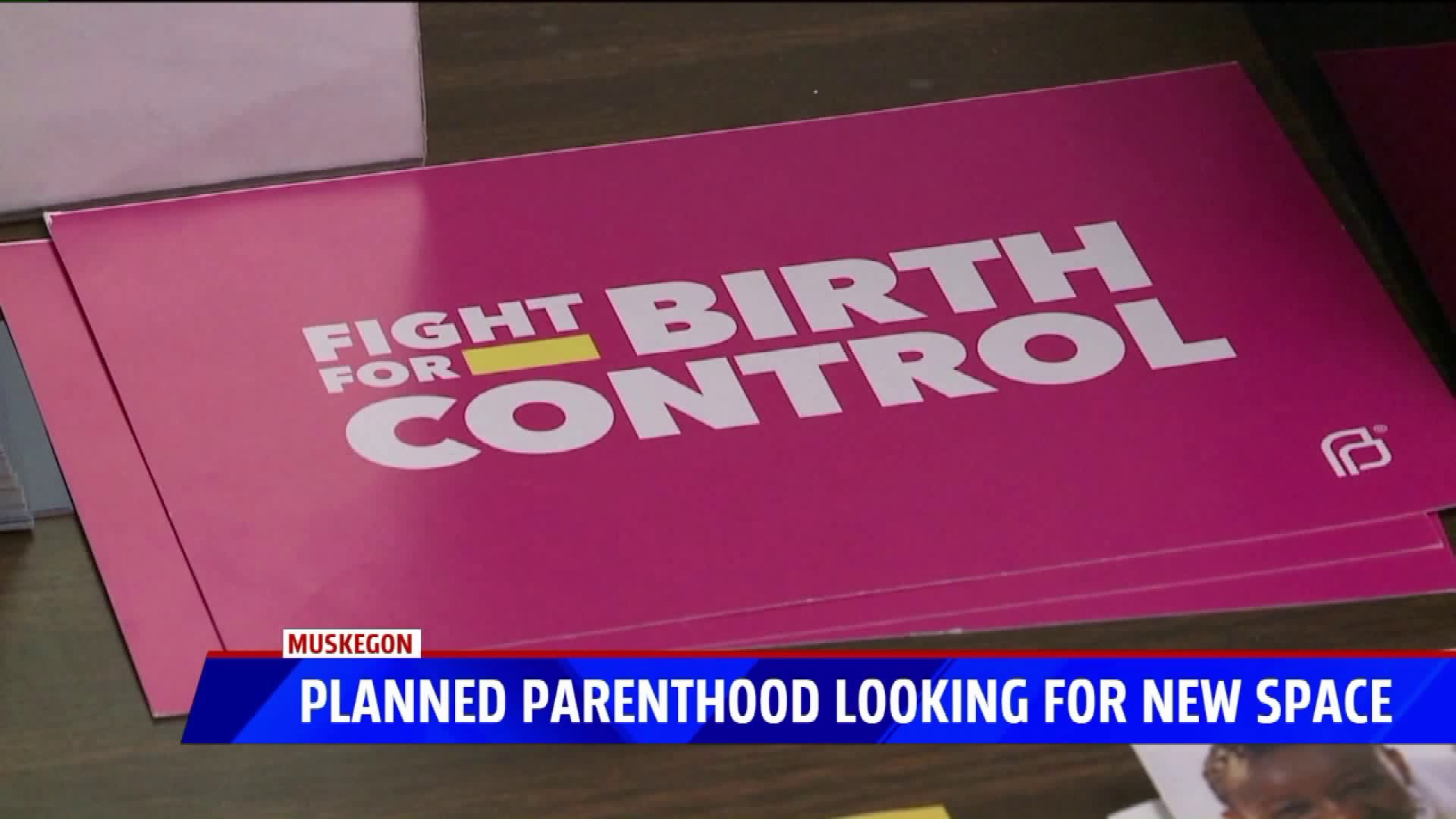 MUSKEGON, Mich. — Planned Parenthood is continuing its search for a facility in Muskegon after the county commission chose to end their previous leasing agreement.

It’s been a couple months since Planned Parenthood was asked to leave the county building, and the organization is having difficulty finding a new home.

In April, the Musekgon County Board of Commissioners voted the organization out after the county health department asked to reclaim the space.

"It was really a request from our nurses who are unionized, and it was a legitimate request and so I moved forward to the request to the commissioners," said Muskegon County Health Department Director Kathy Moore.

The department and Planned Parenthood shared the clinical space. Moore says county nurses felt there was not enough space for both services to share and that it had become hazardous.

She said the nurses felt the work surfaces Planned Parenthood was using in the building weren’t appropriate.

From 2010 until this year, the location in the county building offered federally mandated family planning services, including healthcare for low-income residents. It’s federal funding that only Planned Parenthood secured.

Now that the organization has vacated its space, those services are lacking in the area.

"Right now if you're one of the 1,500 people who accessed low- or no-cost birth control and reproductive health care at our health center in Muskegon last year, then in your county you do not have a place to access low- or no-cost birth control or reproductive care," said Planned Parenthood Michigan's Director of Communications and Media Relations Angela Vasquez-Giroux.

Now the search is on, and the weeks of looking hasn't been easy.

"It's been exactly as we said it would be, it's difficult. There are lots of conditions that have to be met to open any type of medical facility, let alone one in a community where you have restrictions," Vasquez-Giroux says.

The organization and county health department agree the wait is putting patients in a tough position.

"We told the board and everyone who asked exactly that, that this would be a significant interruption of care for patients and it is," Vasquez-Giroux says.

"We don't want to necessarily redivert their clients to like the federally qualified health centers if they're going to come back to Muskegon County, because we want them to be successful as well," Moore says.

In the meantime, patients who prefer Planned Parenthood are being sent to other locations around West Michigan.