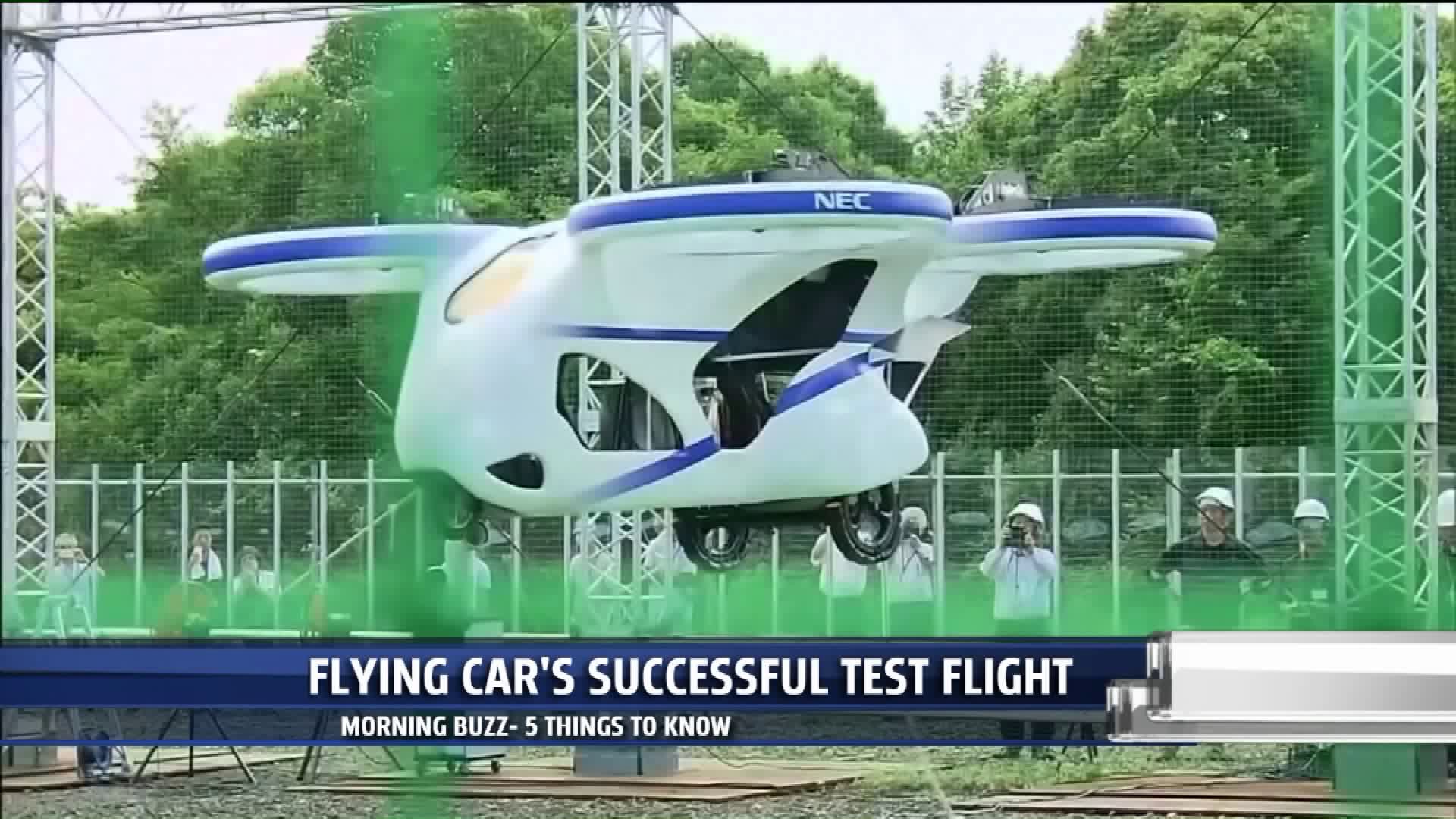 More than 70 local restaurants are taking part in the event featuring specialty lunch and dinner options using local ingredients to highlight the creativity of each establishment.

One dollar from each meal will go towards the Grand Rapids Community College Secchia Institute for Culinary Education Student Scholarship Fund.

Head to restaurantweekgr.com to get a complete list of participating restaurants.

2. Walgreens will be closing its doors on 200 U.S. stores, but there's no word on if any closures are happening in Michigan.

The company says employees should not worry about losing work, with hopes to retain a majority of its workers at other pharmacy locations.

Walgreens says the 200 stores account for just 3 percent of the company's nearly 9,000 brick and mortar locations in the United States.

3. Your design could be the next jersey for the Kalamazoo K-Wings.

Anyone can submit a design related to the K-Wings affiliation with the Vancouver Canucks or Utica Comets. The winner's design will be worn on December 28 against the Fort Wayne Komets.

Designs should be for both a jersey and socks and the jersey must be dark in color. The entries can't use the current or previous K-Wings logos.

Submitted designs will be narrowed down to a list of the top 10, which will then be voted on through the K-Wings' social media pages. A winner will be announced on August 23.

The deadline for the contest is August 13. More details can be found here.

4. Crowded roadways may one day be a thing of the past. A flying car stays in the air during a preliminary test in Japan.

Japanese electronics manufacturer NEC Corporation unveiled its flying car prototype this week. It's about the size of an auto-rickshaw and is equipped with four horizontal propellers.

The prototype flew about 10 feet above the ground on Monday. NEC says this car is designed for unmanned delivery flights, but the Japanese government aims to start commercializing flying vehicles by around 2023 for transporting goods and expanding to moving people by 2030.

5. If the summer heat is leaving your parched, you can now re-hydrate with a refreshing can of Pickle Juice.

Gordy's Pickle Jar is now canning the sweet and salty juice so you don't have to sip it straight from the jar in your fridge like an animal.

The company says their "fine brine" is great for cocktails. Cans come in 12 ounces and four packs are selling online for $16.