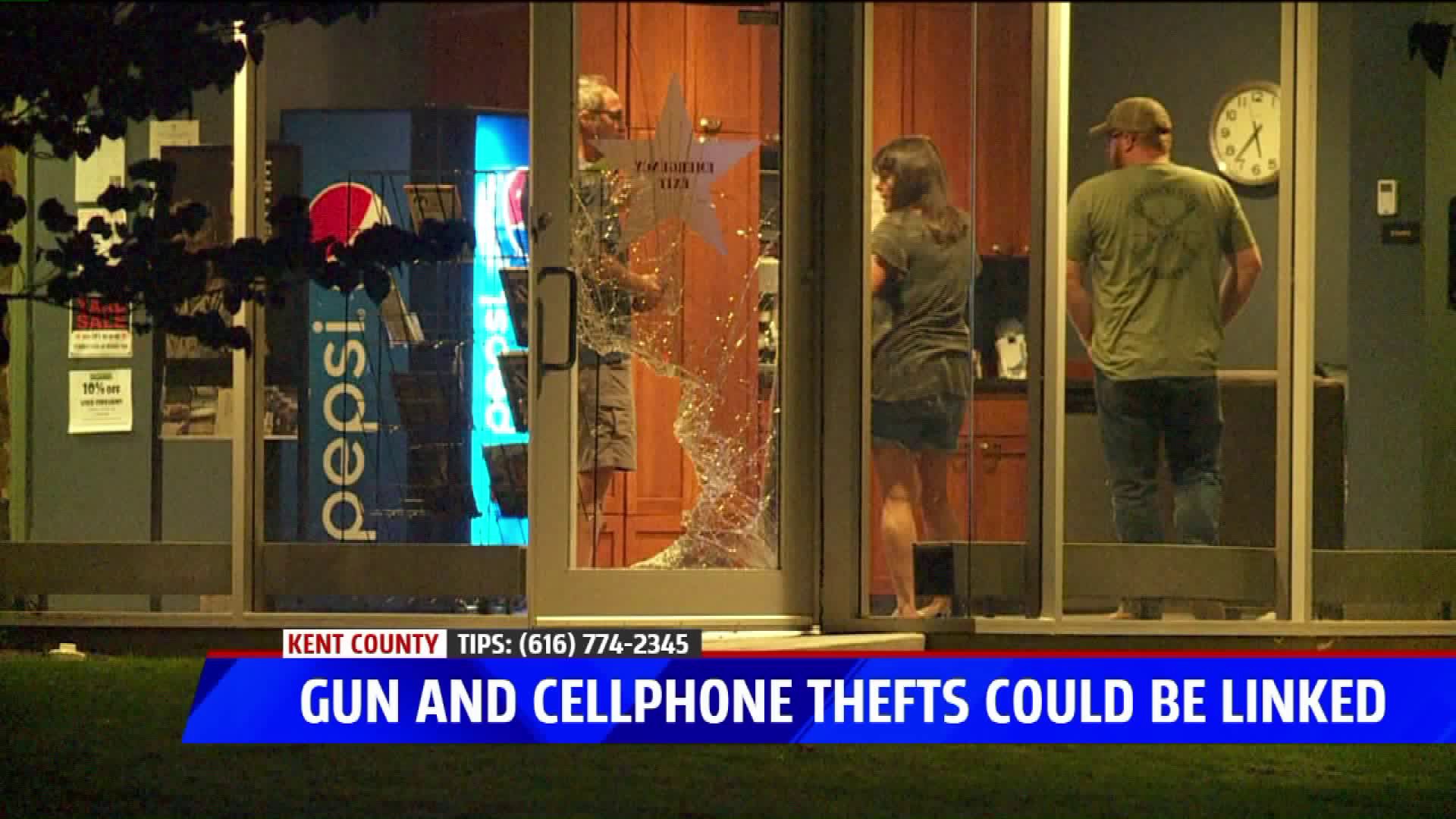 GRAND RAPIDS, Mich. — Detectives with the Kent County Sheriff's Office are noticing similarities in the dozens of cases of cellphone store and gun store burglaries in the past year and a half, which could be tied to a large network of gang activity.

Twenty-three guns were stolen from break-in at Barracks 616 on July 10. According to KCSO, one person has been arrested by Grand Rapids Police in connection with that theft and two other juveniles have been identified as suspects in that theft and another break-in at the shop in September 2017.

Investigators say the thefts at the gun shops may be related to some of the recent burglaries at cellphone stores because the suspects commonly use a stolen vehicle to commit the crimes. They typically work in small groups who are in and out of a targeted store within minutes. Also, investigators say they believe that the crimes are being influenced by gangs and most of the suspects are between 14 and 18 years old.

“These are local individuals committing crimes locally," Sergeant Joel Roon with KCSO said. “There’s not a huge indication that this is more broad than West Michigan.”

Still, Roon said as detectives advance their investigations, it is likely they will discover this local gang activity is tied to a larger network.

“That’s the kind of the point we’re at now, is sort of identifying some of these offshoots and smaller groups and how they identify and maybe the bigger groups that they identify with," Roon said. “As we peel back the layers of the onion, we start to make sense of it all. It’s a slow process.”

In a case detectives do not believe is related to gang activity or other break-ins, Kent County deputies responded within two minutes of an alarm at Barracks 616 in Cascade Township early Tuesday morning. The suspect broke a glass entry door, but was not able get inside a locked interior door to get to any firearms. The suspect, described as a white man, in black shorts, black shoes and a black hooded sweatshirt, fled from the scene empty-handed.

Roon said the KCSO gets its best information from the public, especially people who call in tips to Silent Observer at 616-774-2345.