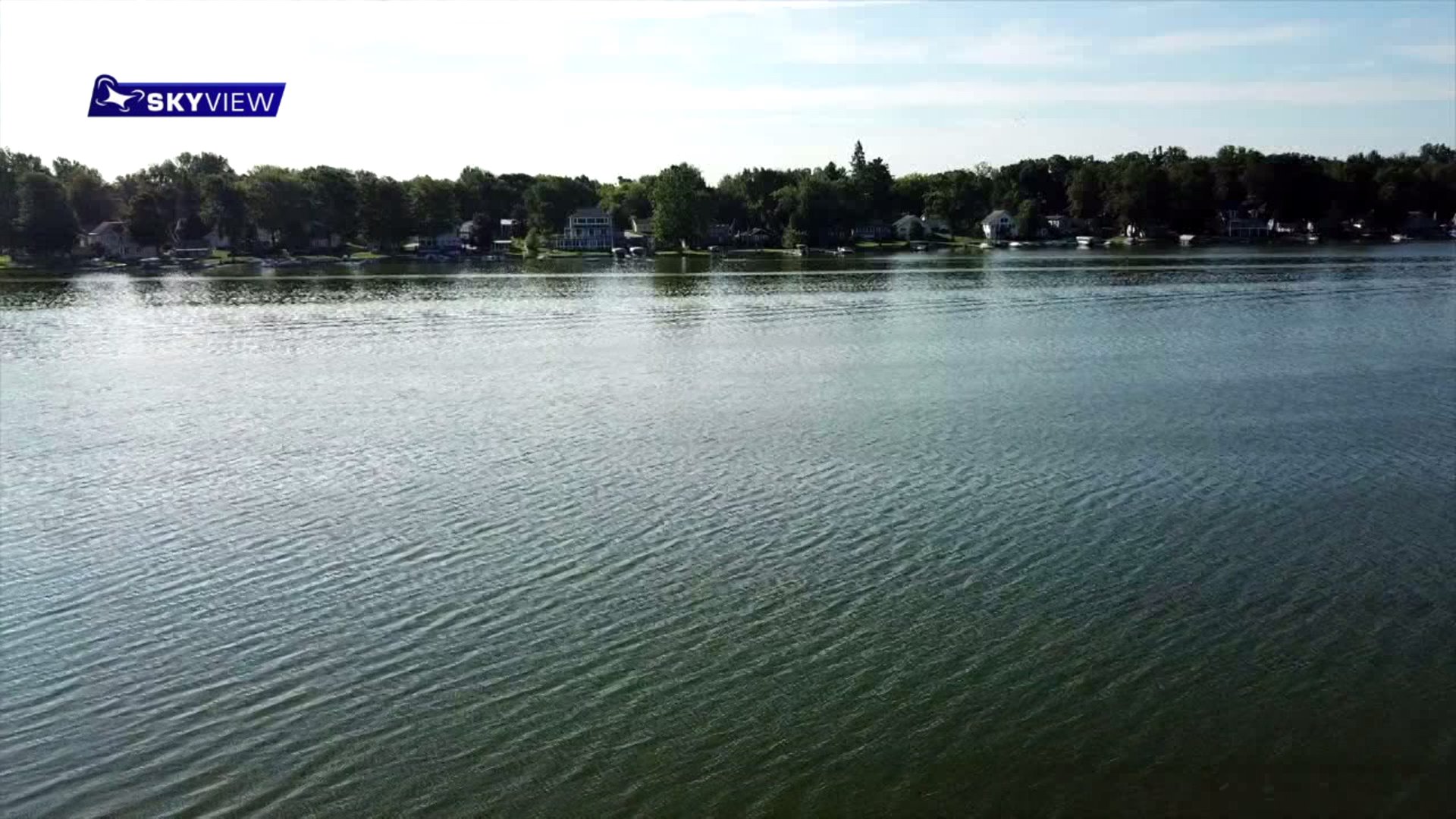 SARANAC, Mich. —People and pets are advised to stay out of an Ionia County lake after tests found a toxin that could create a harmful algae bloom.

Some of the water in Morrison Lake is covered in a thick, green layer of algae that is harmful to ingest.

Jeanne Hewitt-Fleck lives on the water and got a first-hand experience of what happens touching the water.

“I accidentally dipped my foot into it, and it was like mustard on my foot because I tried to wipe it off and it just sticks,” she said.

Hewitt-Fleck said she has seen the algae floating on the lake all summer and has heard others experience issues with it.

"My neighbor down at the end of the street, her neighbor had her dog out and she said he's sick and they took him to Michigan State to have him looked at and her grandson was sick, and he was playing in the water on Saturday," she said.

There isn’t an explanation for exactly what causes algal blooms but some of the contributing factors are a combination of warm weather, high nutrients in the water and calm conditions, according to Ionia County health officer Ken Bowen.

"Really they're not necessarily plants, they're more like single-celled organisms and they grow in large numbers at the same time and that's what creates these blooms," he said.

Those blooms can be especially harmful if ingested, causing symptoms like headaches, numbness, diarrhea. The blooms can even be deadly if consumed in a high enough concentration, especially for children and pets.

“It's actually considered more harmful for pets in a way because they tend to when they're in the water they tend to drink a lot of water unlike most people," Bowen said.

The blooms were discovered after the Michigan Department of Environment, Great Lakes and Energy received a complaint and did some testing. A second round of testing is expected to come back Friday.

If those tests come back positive, health officials may have to treat the lake, which will extend the no-contact order.