West Michigan priest charged with holding teen against his will, wrapping him in plastic 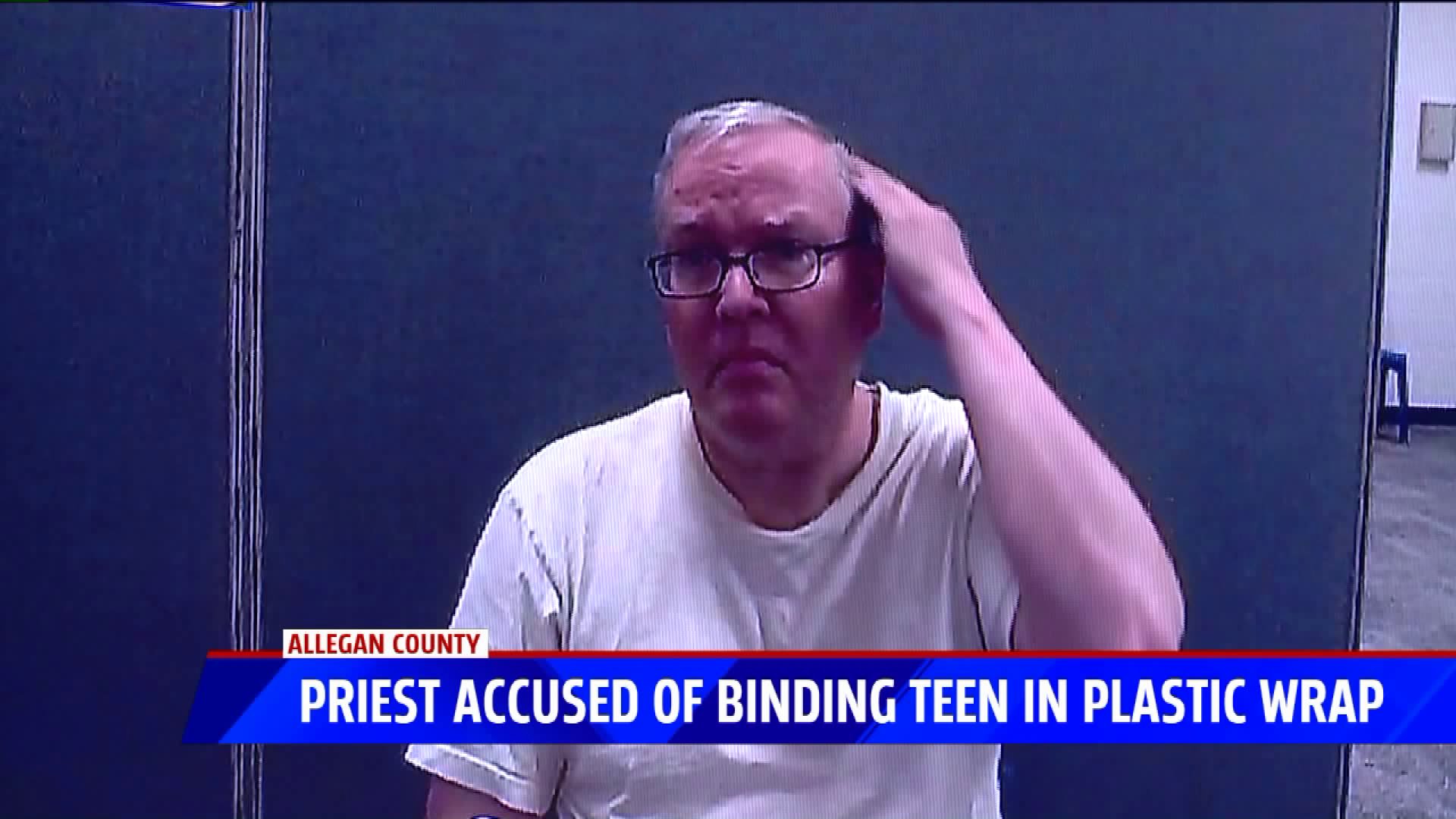 LANSING, Mich. - A West Michigan priest has been charged for wrapping a teen boy in plastic wrap and holding him against his will in 2013.

Attorney General Dana Nessel filed charges Thursday against Father Brian Stanley, 57, of Coloma, Michigan. Stanley is charged with one count of False Imprisonment and could be sentenced to up to 15 years in prison if convicted. Stanley is awaiting arraignment in 57th District Court, which is in Allegan.

The charges allege that Stanley held the boy against his will in the janitor's room of St. Margaret's Church in 2013. The boy allegedly was wrapped tightly in plastic wrap and had masking tape over his eyes and mouth. Stanley allegedly left the boy alone in the room for over an hour, before returning and letting him go.

Stanley was arrested by Special Agents from the Attorney General's Office.

The Attorney General says that the charge against Stanley comes from information in files seized from the diocese in October 2018. The family of the boy had apparently asked Stanley to help counsel their son.  The AG says that the files show that Stanley had used binding materials like this for years in this type of conduct.  This type of activity is often sexually motivated.

The Kalamazoo Diocese issued a statement Thursday afternoon stating they were aware of allegations against Stanley in 2013, and further allegation in 2017, and forward those allegations to local police both times. Both times, police did not file criminal charges.