‘Riding for Ryan’ honors memory of boy killed in crash 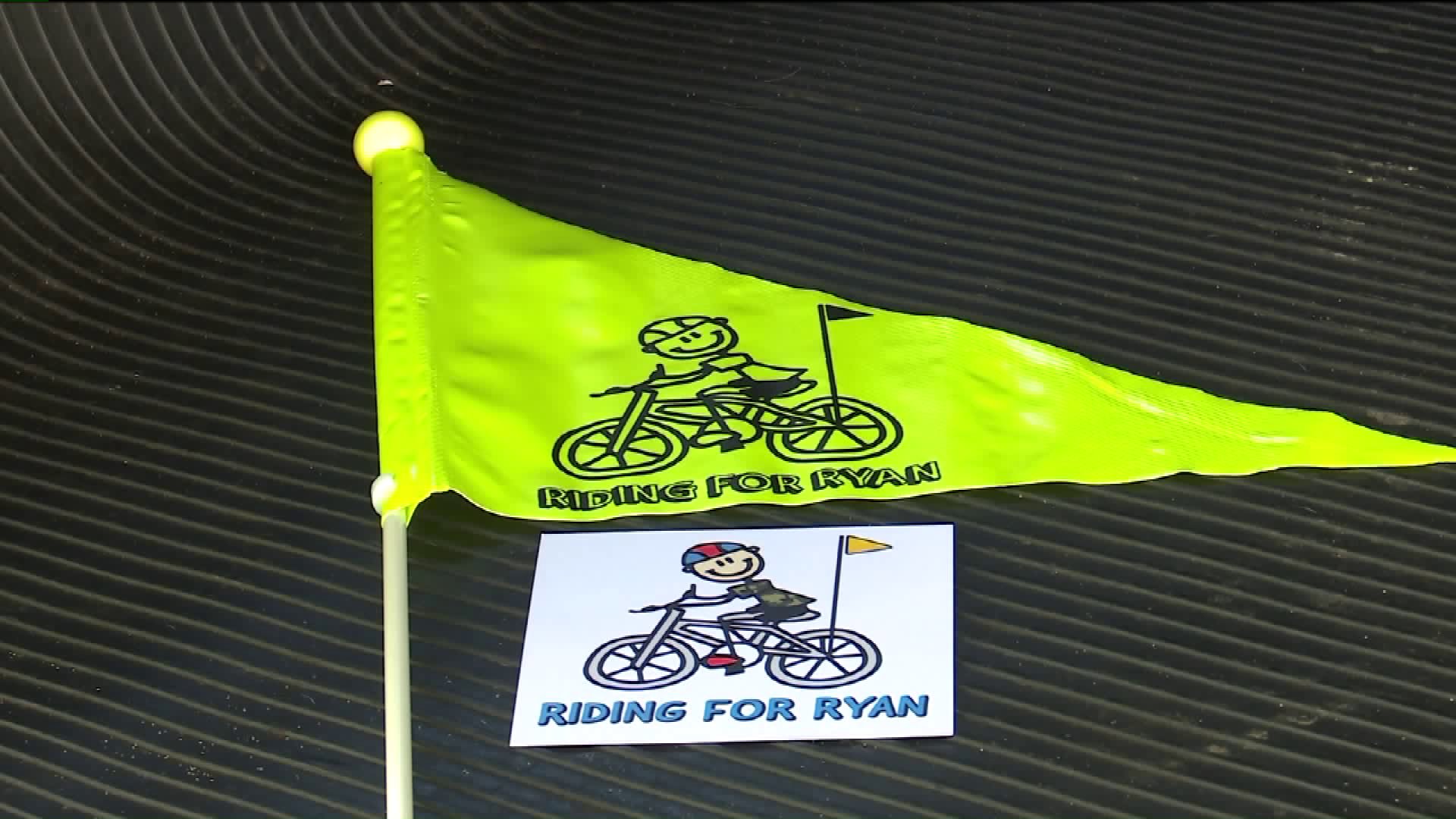 CASCADE TOWNSHIP, Mich. — A Cascade Township couple is trying to save the lives of others to honor the memory of their son who was killed when he was while riding his bike.

Six-year-old Ryan Marsman died in June after he was hit by a truck making a turn while riding his bike with his father on a trail along Cascade Road. It was a terrible moment that is burned into Andy Marsman’s memory.

“All I was screaming was stop! Stop, stop, stop, please stop,” he said of the crash.

Stacie Marsman, Ryan’s mom, says the trail always worried her but it was one the family used often and never had an issue with before that day.

“I know how fast people travel on Cascade Road and at some points on this trail it gets very close to the road it's always worried, but I never would've imagined something like this would've happened to Ryan," she said.

What sticks out to them is the driver didn’t see Ryan before he hit him. So, they decided to do something about it and have created flags to help other children be easier to see.

“Kids need to be visible, we just hope to be able to make a big difference,” Andy Marsman said. “We can't do anything for Ryan anymore, it's too late. But I hope that we can save other kids."

The Riding for Ryan flags come with a card telling their son’s story, serving as a memorial for his life.

“We want every child to have some sort of flags on their bikes so they can be seen we don't want this to happen again," Andy Marsman said. “… That's our goal is to help even if it's avoiding one possible accident that's our hope is that it will make a difference.”

More information on the flags can be found on Riding for Ryan’s Facebook page.