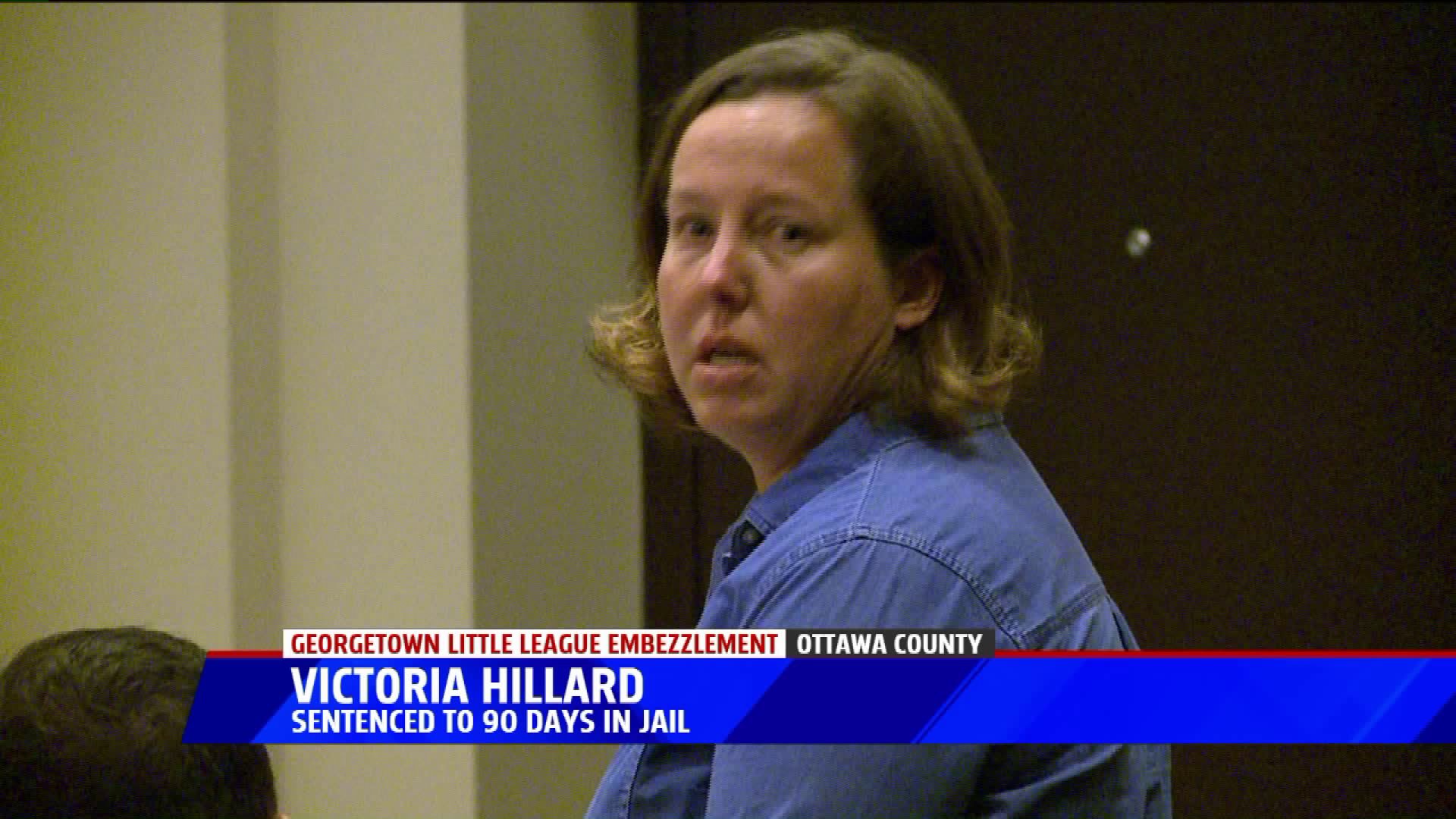 GRAND HAVEN, Mich. — The former treasurer of the Georgetown Little League is going to jail after embezzling thousands of dollars from the team.

Tuesday, Victoria Hillard heard that she would be facing 90 days in jail for taking more than $26,000  from the league.

In court, the board president talked about how her crime continues to impact lives in the community but most importantly, the kids that just came to play ball.

"We do believe that justice was served. The last thing we need is for other communities and people within boards that are given trust — that they'd think that they might be able to get away with this without any jail time, so the punish I believe does fit the crime," said Sean Wright, the board president.

In May, Hillard pleaded guilty to those embezzling charges, admitting to stealing money throughout the course of several months.

"There were some people on the board that were weary and had some questions when we had our elections October, the last October. But when we started to a little deep dive into finances we saw that something was amiss, something was missing," Wright said.

In the courtroom on Tuesday, Hillard's lawyer said cash came up missing when her debts piled up as a result of living beyond her means. She started getting payday loans and when she couldn't catch up to the payments, she dipped into the Little League fund.

Though she paid money back prior to her sentencing on Tuesday, the board is working with lawyer Joel Baar to figure out if she should pay more.

"In these types of cases it's hard to figure out what the loss is without a hiring a forensic accountant and so there are significant accounting expenses that have come into this. Obviously the Little League had to hire an attorney. Ultimately it's up to the board," Baar says.

Ensuring this never happens again to the Little League is also up to board members.

"One of the things we did right away, was to put checks and balances in that weren't there when she was the president and the treasurer at the same time," Wright said.

"If anything good came of this it was making sure that we have that in place now. We should've had that years ago but moving forward we're going to be a stronger little league because of it," he continued.

The Little League board is still deciding if they will take further legal action.