Saranac 7th grader to be buried in his football uniform 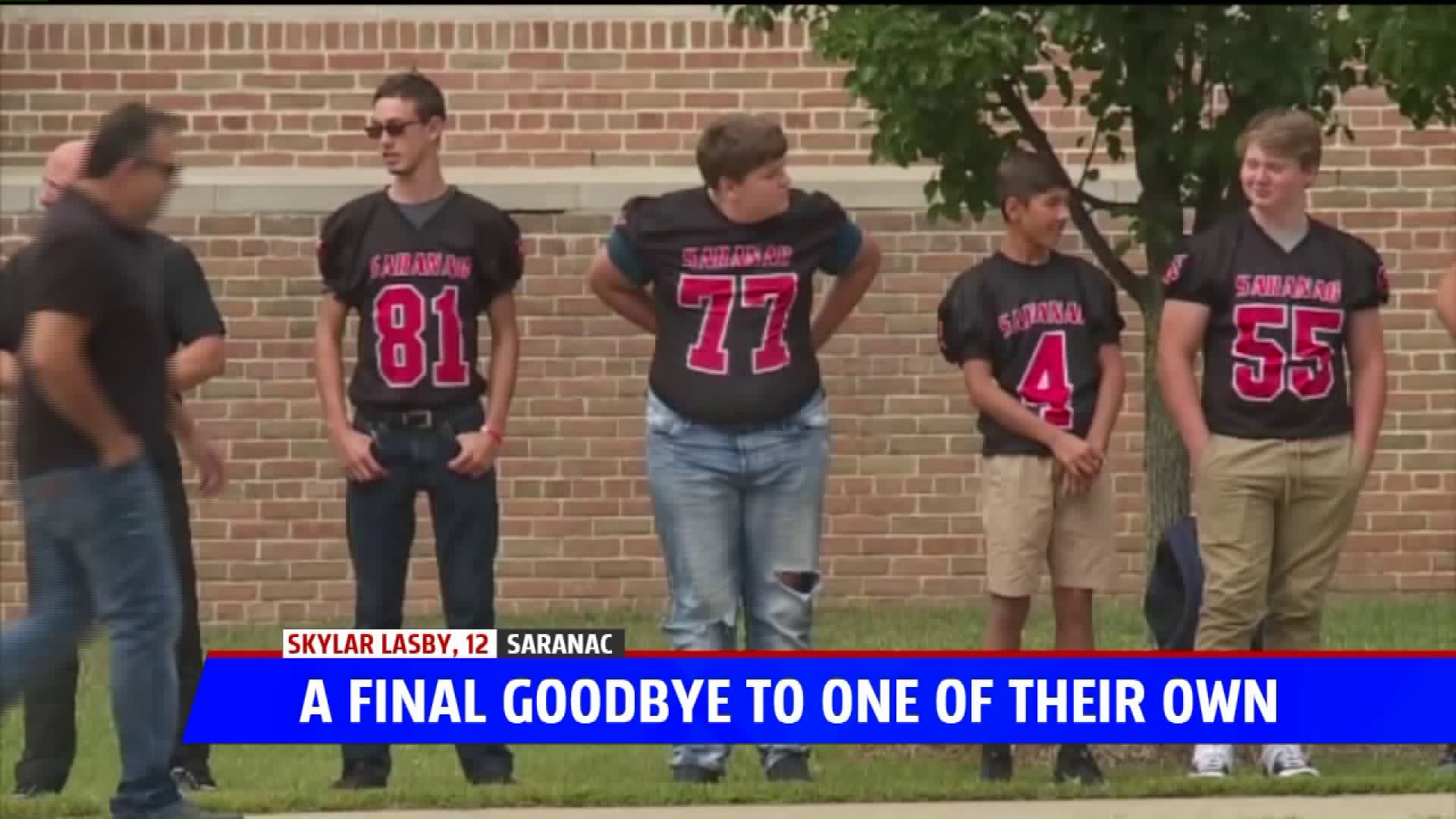 Seventh grader Skylar Lasby collapsed on the field and died at the hospital on Aug. 28. Medical examiners later said it was caused by a hereditary irregular heartbeat that Skylar’s siblings are now being tested for.

A week after his tragic death, 800 of his family members, classmates, and every member of the junior varsity and varsity football teams came out to his funeral services to say a final farewell at Saranac Community Church.

“Things like this are going to happen it’s a part of life, and that teachable moment is to wrap yourself around each other,” said Saranac Community Schools superintendent Jason Smith. “It’s been almost reassuring to feel the love in the community and feel the support.”

Lasby was an avid football player. His favorite team, the University of Michigan Wolverines, even sent over a jersey and signed ball to his family.

The 2019 University of Michigan Football Team sends our condolences & prayers to Scott, Rhonda and the Lasby Family on the passing of their Son & Brother, Skylar. Know that we stand with you & God has a plan.

Thursday, when Skylar is buried, his family says he’ll be wearing his football jersey.

“I think he really would’ve felt the love,” said Smith, “and I’m sure Skylar felt that love every day, but that love and appreciation really came through today.”