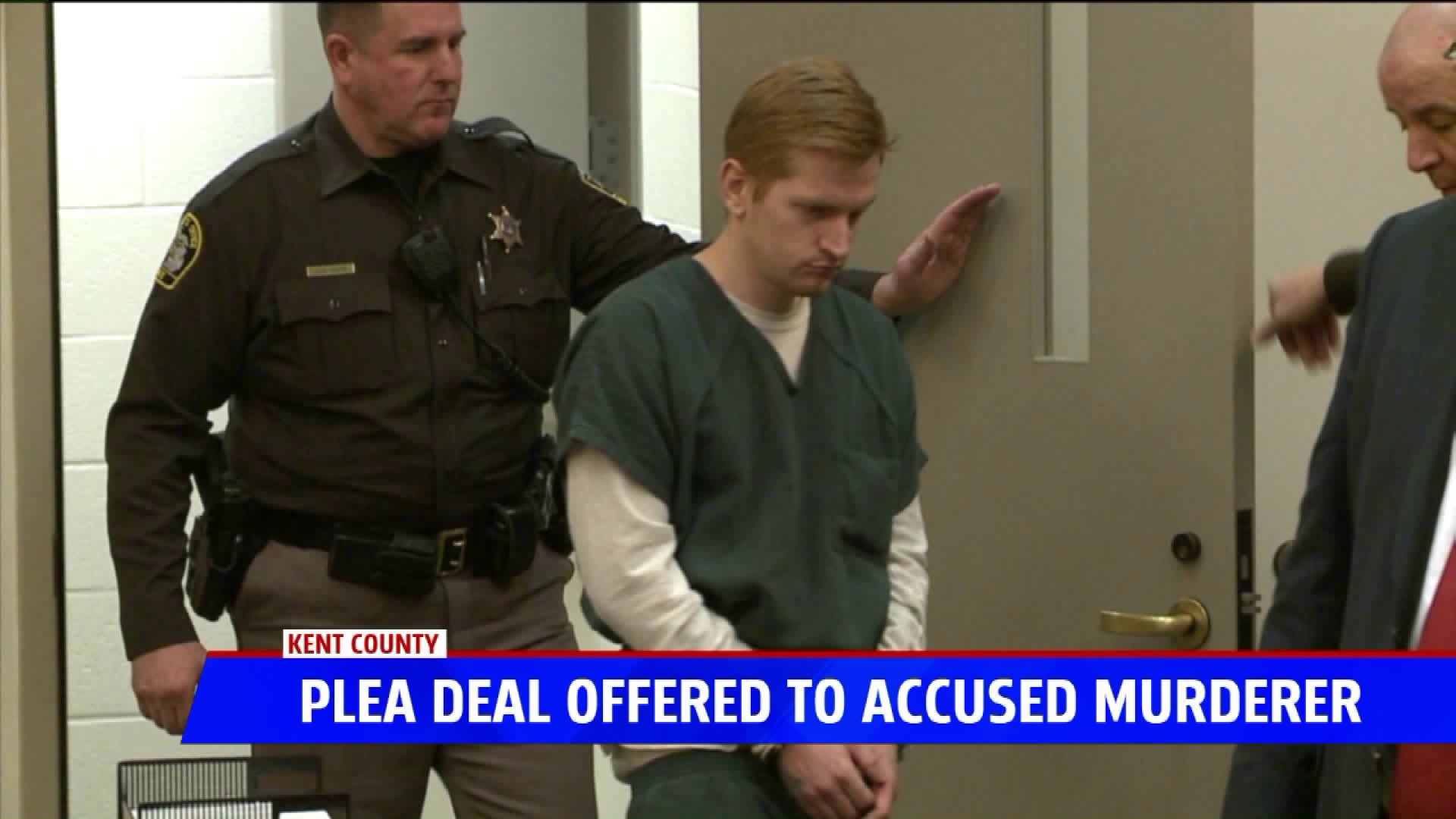 GRAND RAPIDS, Mich. — Kent County prosecutors have offered a plea deal to a man accused of killing and dismembering a woman in his apartment last year.

The deal would allow Jared Chance to avoid a mandatory life sentence without the possibility of parole in exchange for him telling investigators the whole story of what happened to Ashley Young.

Chance is accused of murdering the 31-year-old Young at his Grand Rapids apartment, dismembering her body and getting rid of the remains in different spots. He was arrested Dec. 2 after a neighbor found blood in a basement he shared with Chance and called police.

Officers recovered parts of Young’s body from a tarp and a bag in a box in the basement.

The proposed plea deal would have Chance make a full confession and say where her missing body parts are located. If he agreed, he would plead guilty to second-degree murder, tampering with evidence, mutilation of a dead body and concealing death.

For those pleas, he would receive a minimum sentence of 31 years in prison and a maximum sentence that would be set by a Kent County Circuit Court judge.

A hearing for the plea is expected to happen Monday morning — the same day his murder trial was scheduled to begin.

His parents, James and Barbara Chance, are facing a charge of felony perjury for allegedly helping their son cover up Young’s death. Prosecutors didn’t specify if those cases will be affected by the proposed plea deal.