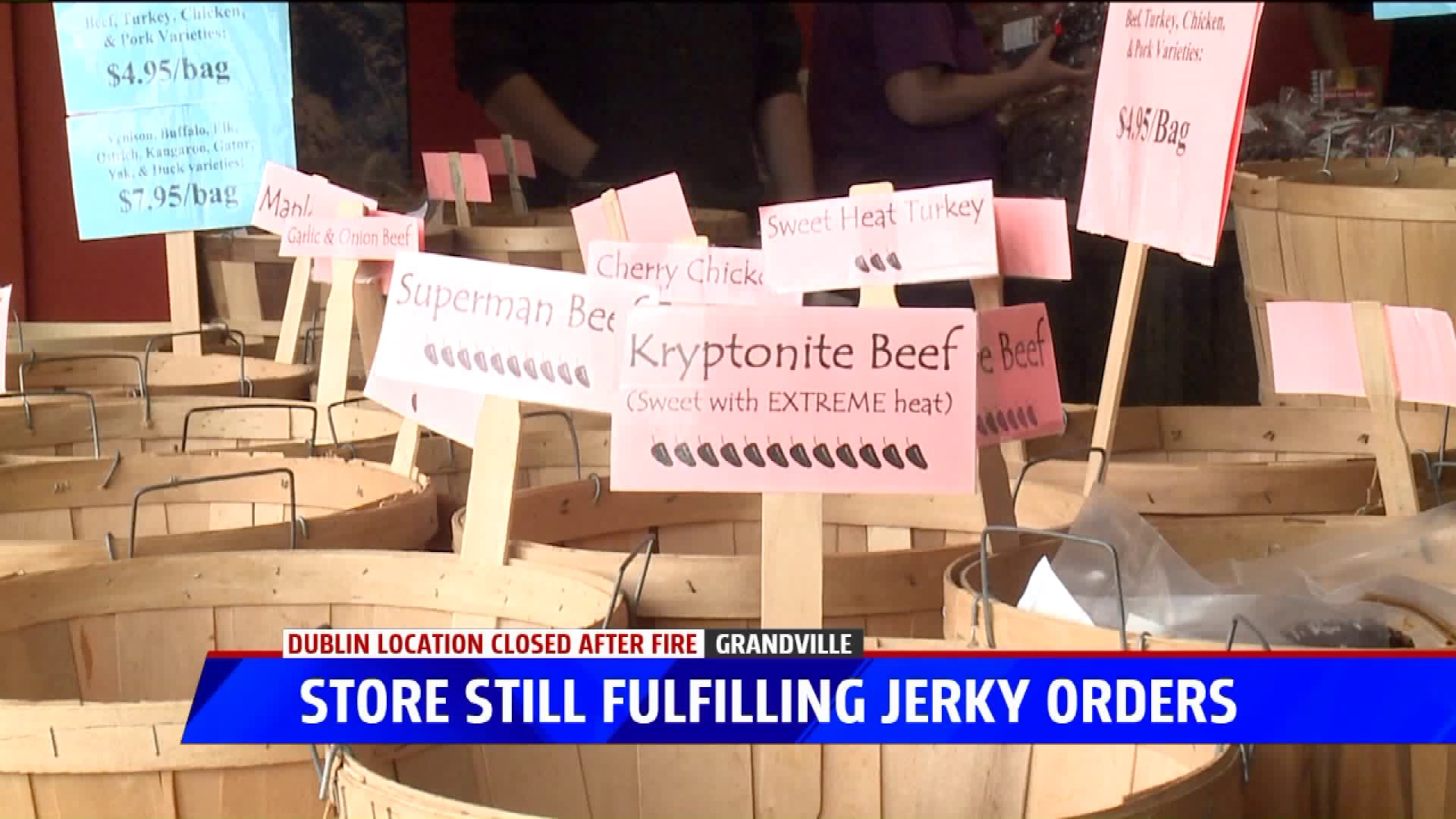 GRANDVILLE, Mich. -- Owners of the Dublin General Store in Manistee County, famous for their jerky, say they are devastated after losing their store in a suspected arson this summer.

However, despite the loss, the family business is still carrying on.

The son of the owner of the up north store has his own Dublin Jerky spot in Grandville, meaning everyone can still get their fix of the beloved jerky and other meat products.

“It has always been the Dublin store up north,” Troy Fischer said.

But a part of northern Michigan is right here in West Michigan, as well, because Dublin Jerky and BBQ has been doing business in Grandville for the last 14 years.

Troy Fischer uses the same recipes as his dad does at the location in Manistee County -- with his blessing, of course.

“I was just writing down all the recipes, and he gave them to me with a big smile,”  he said.

It's something he wanted to do for years. He makes the same products many people are missing from the other location, following the fire that destroyed the building.

“Since the tragedy up north, it’s been super busy," Fischer said.

It was difficult to stay open at first.

“It’s a lot easier now. I’ll be honest with you, that Sunday, I promised my kid that Sunday, just 'you and daddy, you’re going to work in the store,'" Fischer said.

He kept that promise and brought his daughter, one of his five children, with him to work that day. He says his kids love going to work with him at the jerky store. But it was just him and his daughter running the store that Sunday, with a line out the door of heartbroken customers.

“I’ll be honest with you, it was the toughest day of work I’ve had. Every person walking through the door was just so sorry,”  he said.

But Fischer says he wouldn't have it any other way. This family business is here to stay.

“It was a tough day, but I was proud to be Dublin,” he said.

No official arrests have been made in the suspected arson at this time. Fischer says his dad is excited to rebuild, and they are hoping to open back up sometime in spring of 2020.