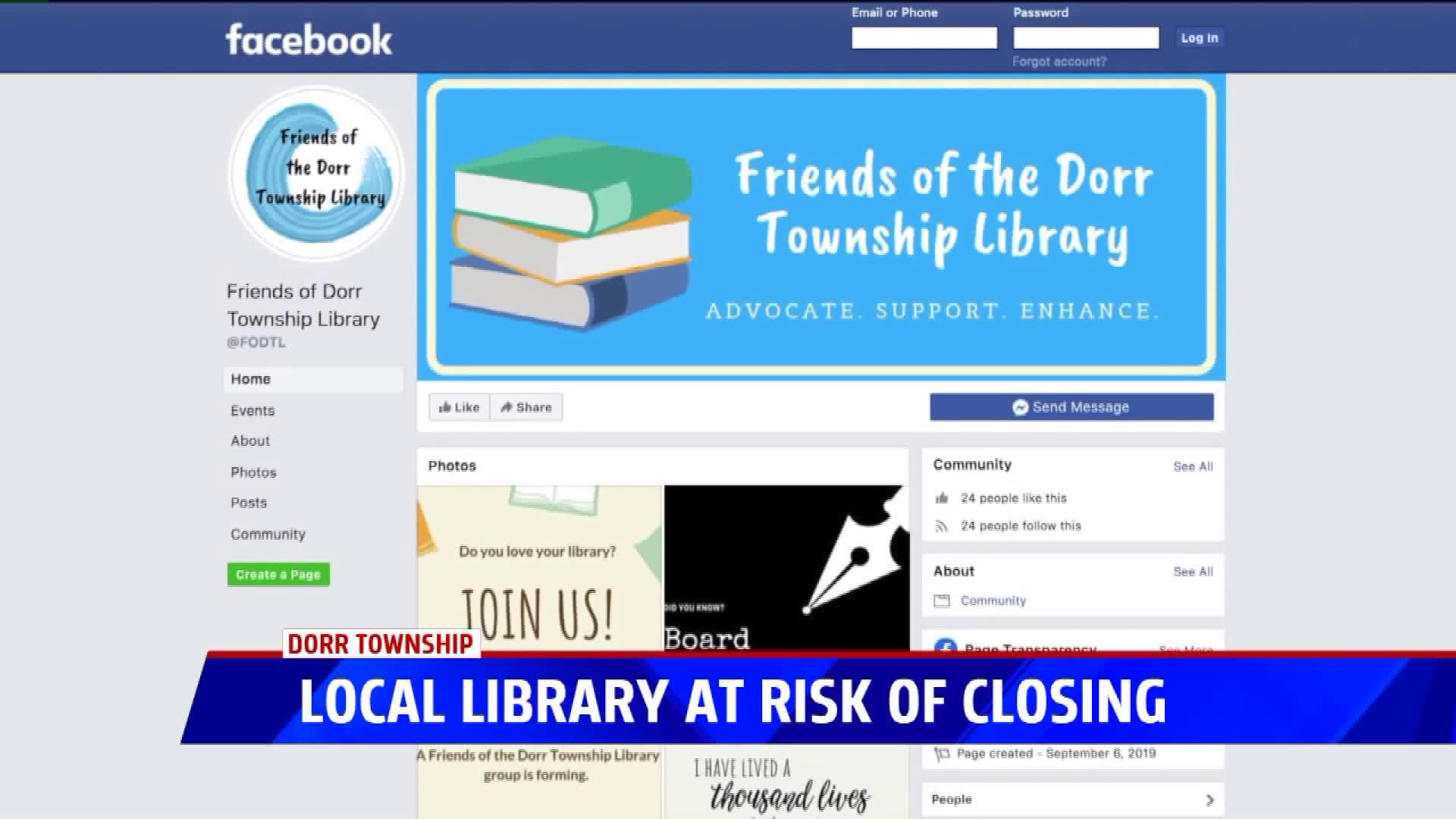 DORR TOWNSHIP, Mich. -- A local community is fighting to save its library after voters shot down a millage renewal last month.

Megan Helms said the Dorr Township Library is like a second home for her family. It's a community resource she said she never anticipated would face the threat of closure. But in August, a millage renewal failed by just 100 votes. Now library funding from the previous 10 year millage is about to run out.

"My family would be devastated, my kids, the neighborhood kids," Helms said.

So Helms started the group Friends of Dorr Township Library to let people know about the library and its resources, to also raise money and promote volunteerism to keep costs down.

Helms said, "A lot of feedback that the library has gotten back from the last millage was just they (were) unsure why the millage was there and what the millage was for... really focusing on this is where the money is going, (and) this is how the money's going to be spent."

Library assistant Alexis Adrianes said, "We love Megan. Megan has always been a part of our community. She's always been here for our events. She loves bringing her kids here."

Library employees say Helms' efforts are much needed as they'll be operating off of savings after March 2020 through December.

Adrianes said, "And then after that, we are pretty much out of the funding we need to keep running. So that would mean the community loses its library which is kind of a big deal because you can't really just go to a different town and get a library card because it goes based on your address."

She said many low incomes families depend on the free resources.

"They can get movies to watch at home with the family. They can get books to read to their kids," Adrianes explained.

She said it's up to the library board, but a new millage proposal could make its way onto the ballot in March. Helms wants to help that momentum with her group, starting with a meeting Thursday night.

Helms said, "For anybody that voted against it, we'd love to hear why you did. I'd love to see if there is a middle ground."

"We want you to want to vote for 'yes' this time," she said.

Again, tonight's meeting is at 6:30 at the Dorr Township Library for anyone who's interested in attending.