Sparta family of 7 loses everything in massive house fire 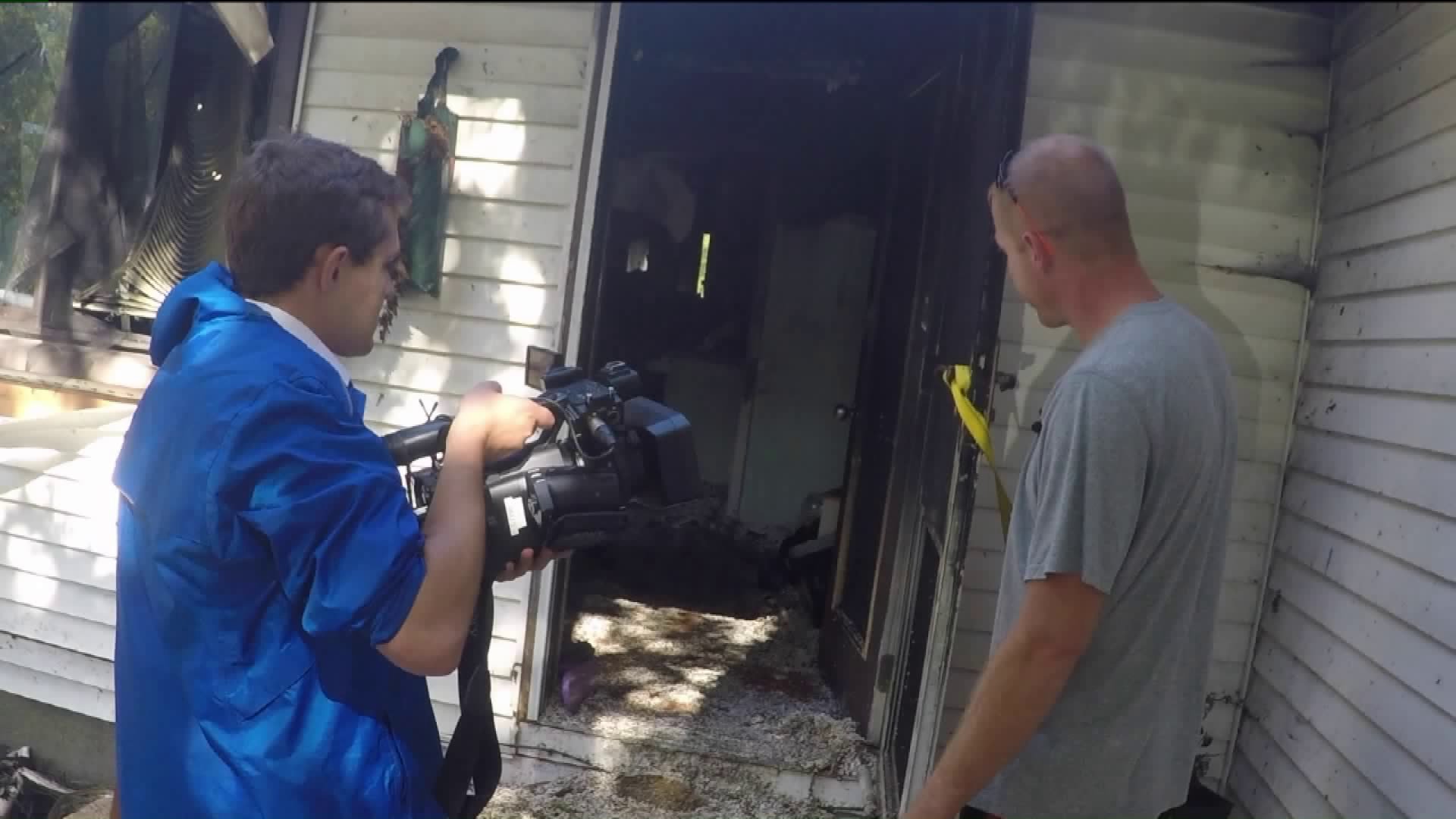 SPARTA TOWNSHIP, Mich. — A family of seven is still reeling from a fire that destroyed their home and almost everything inside.

It all started Tuesday morning, just a few minutes after Mark Pennington left his house for work in Grand Haven. He had only been driving for about five minutes when he got a frantic call from his wife Jenny.

"She said the kids were getting ready for school. My 9-year-old was out here putting her shoes on and she just heard some loud 'bang.' She thought she jumped off the counter or something, two loud bangs and then my daughter started screaming," Pennington said.

A fireball came rushing into the house from the garage. Jenny Pennington quickly gathered the children and family dogs and got outside. All of them made it out safely.

Two of the family's chickens in a coop outside died in the fire. Several of their chickens found safety around the house, and are now temporarily staying with family.

“If this would have happened an hour and a half earlier when we were all sleeping, we all would have died,” Mark Pennington said.

Fire crews were quick to extinguish the flames, but the smoke damage throughout the house was extensive.

"It's just material stuff, were all fine. It's just, we’ve been here for seven years. As many kids as we've got, you accumulate a lot of stuff," Mark Pennington said.

Many family photos and mementos were lost forever.

His brother is the owner of Piccione's of Kent City. Any donations for the family can be dropped off there.

If you would like to donate money online, you can contribute to their GoFundMe page.