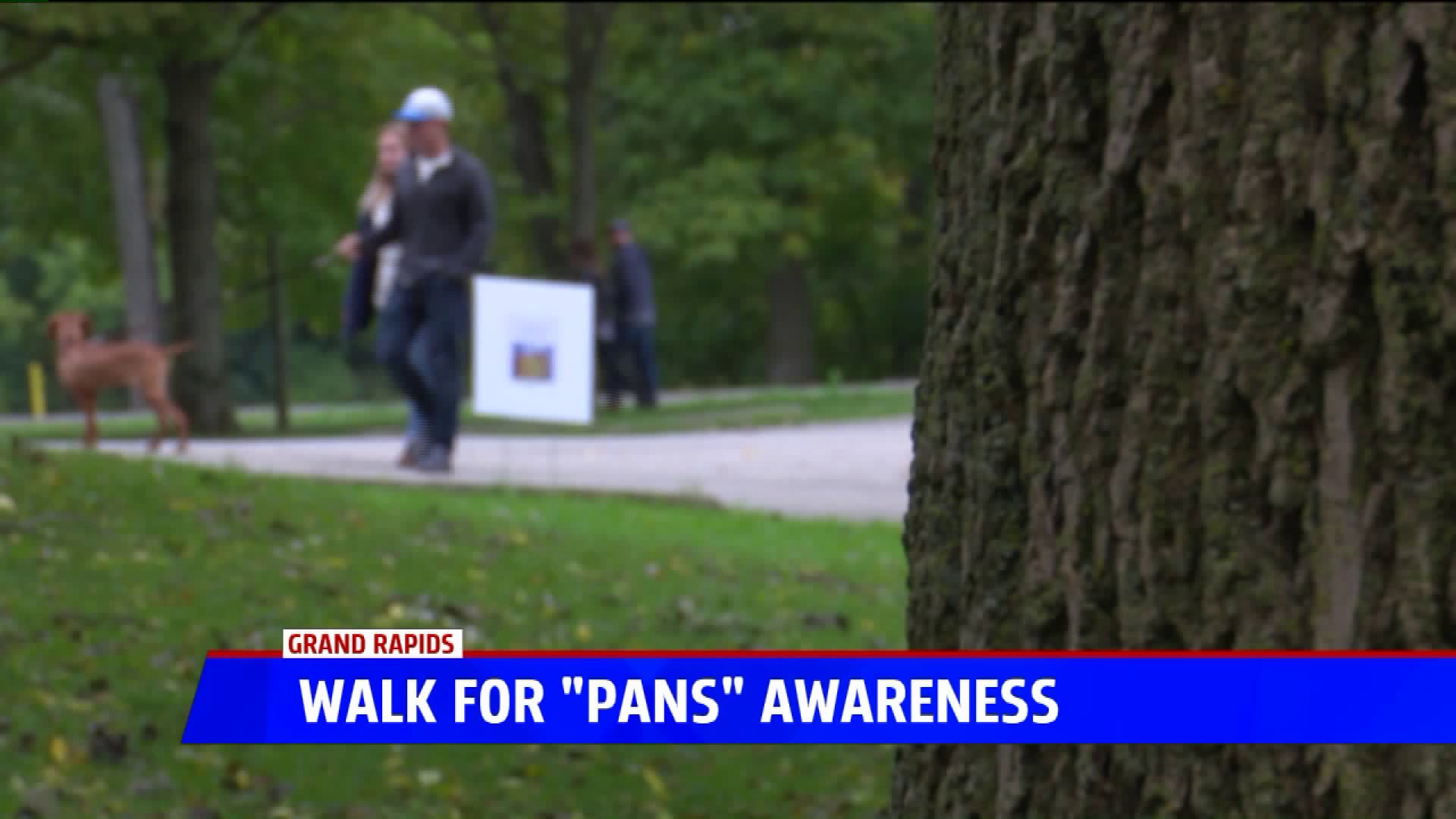 GRAND RAPIDS, Mich. — Dozens of parents are raising awareness for a little-known disease affecting one in 200 children.

Denver Root, 8, is one of the many children in Michigan affected by the disease.

Root took her son to 10 different doctors before receiving the correct diagnosis of PANS.

"He essentially suffered needlessly for two years before we could really start getting him proper treatment," said Root.

PANS and PANDAS is an autoimmune response caused by an inflammation of the brain, typically prompted by an infection. Many children receive IVIG treatments, which come from the antibodies in plasma.

Many IVIG, also known as IG, products are currently undergoing a shortage, according to the Food and Drug Administration. Denver's family was recently told they could no longer receive the treatment , which had been administered to Denver for nearly two years.

"It's very traumatic for the families," said Kate Bartley, whose son is diagnosed with PANDAS. "The more help at a local level, the better."

The families who participated in the walk say they have dealt with difficulty finding treatments, doctors who are unfamiliar with the condition and insurance companies who won't cover the cost. In order to find care, many families are forced to travel to Detroit or out of state.

The walk is an effort to create awareness and promote change in the areas they have struggled with.