The popular City Snaps project returns for final round in Kalamazoo 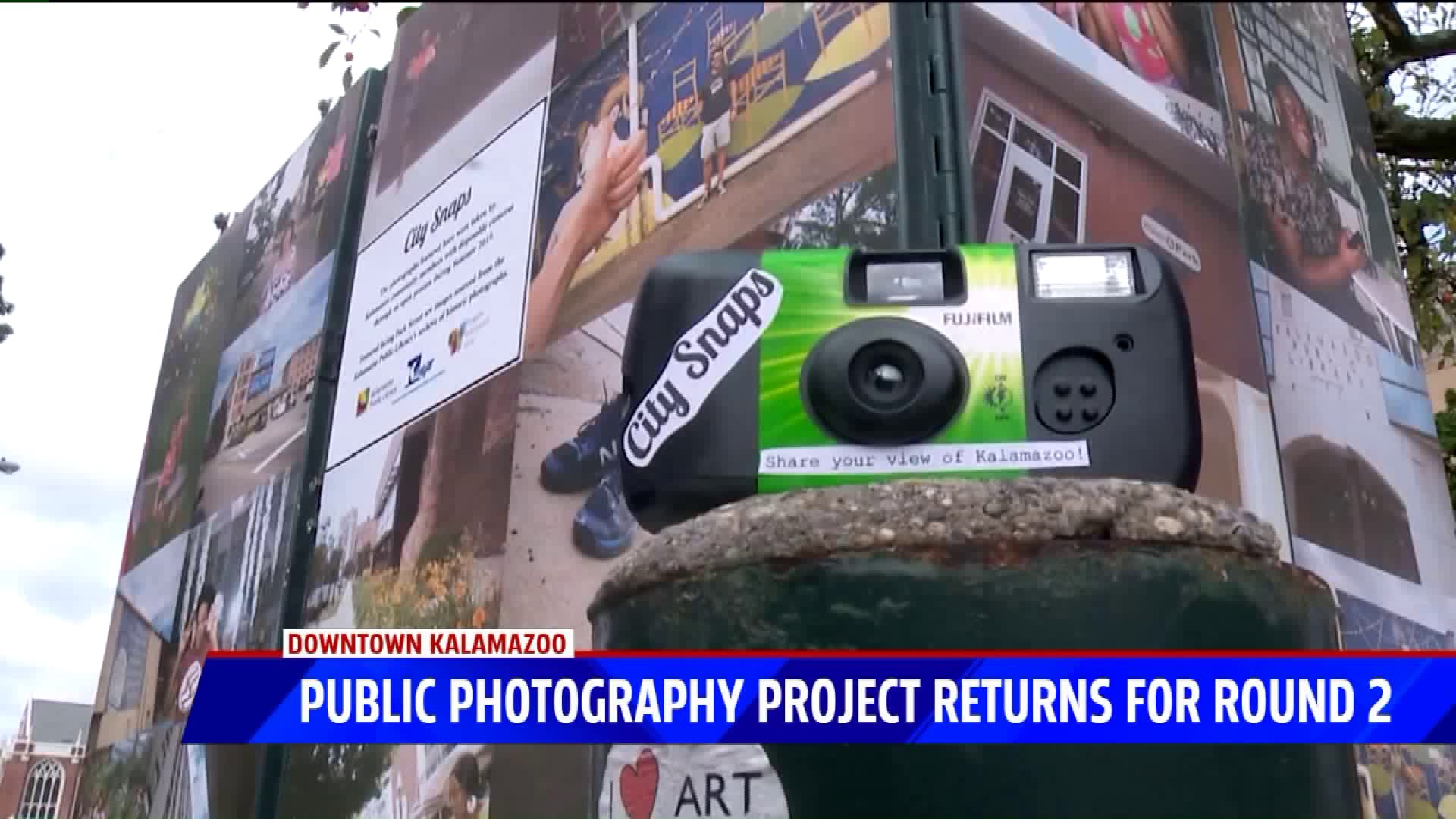 KALAMAZOO, Mich. — Friday morning Anna Lee Roeder zip-tied a mesh bag, with disposable cameras inside, to a park bench at Bronson Park and another one to a street light on Rose Street.

She did them near utility boxes that were covered in dozens of photographs from people who participated in the City Snaps project.

“It was a total experiment,” Roeder said during an interview with FOX 17. “I’ve been really pleasantly surprised by the positive response and the results.”

In late July, Roeder and her husband launched the City Snaps project, funded by the City of Kalamazoo and supported by the Foundation for Excellence. They put 40 disposable cameras into several mesh bags, along with an instructions sheet about the project, and then placed the bags at different locations around the downtown area.

By the end of summer, they only received 10 cameras back she said. However, the project was a big hit. They printed dozens of photographs, collaged them together and posted them into utility boxes around the city.

“I feel like these photographs are representing places in Kalamazoo [and] people in Kalamazoo,” said Roeder, who is the project coordinator. “When I look at these images, I get a feel for what this community represents.”

Roeder said the project was so popular that they’re doing it again for one final round. The deadline is October 11. She hopes people will take pictures and put the cameras back in the bags or return them to the Kalamazoo Public Library. She'll then collect them and put them up for display on utility boxes throughout the city.

“I think that’s really exciting and thought-provoking,” she said about boxes wrapped in photographs. “I’ve received feedback that this has been a good conversation starter for residents walking by.”