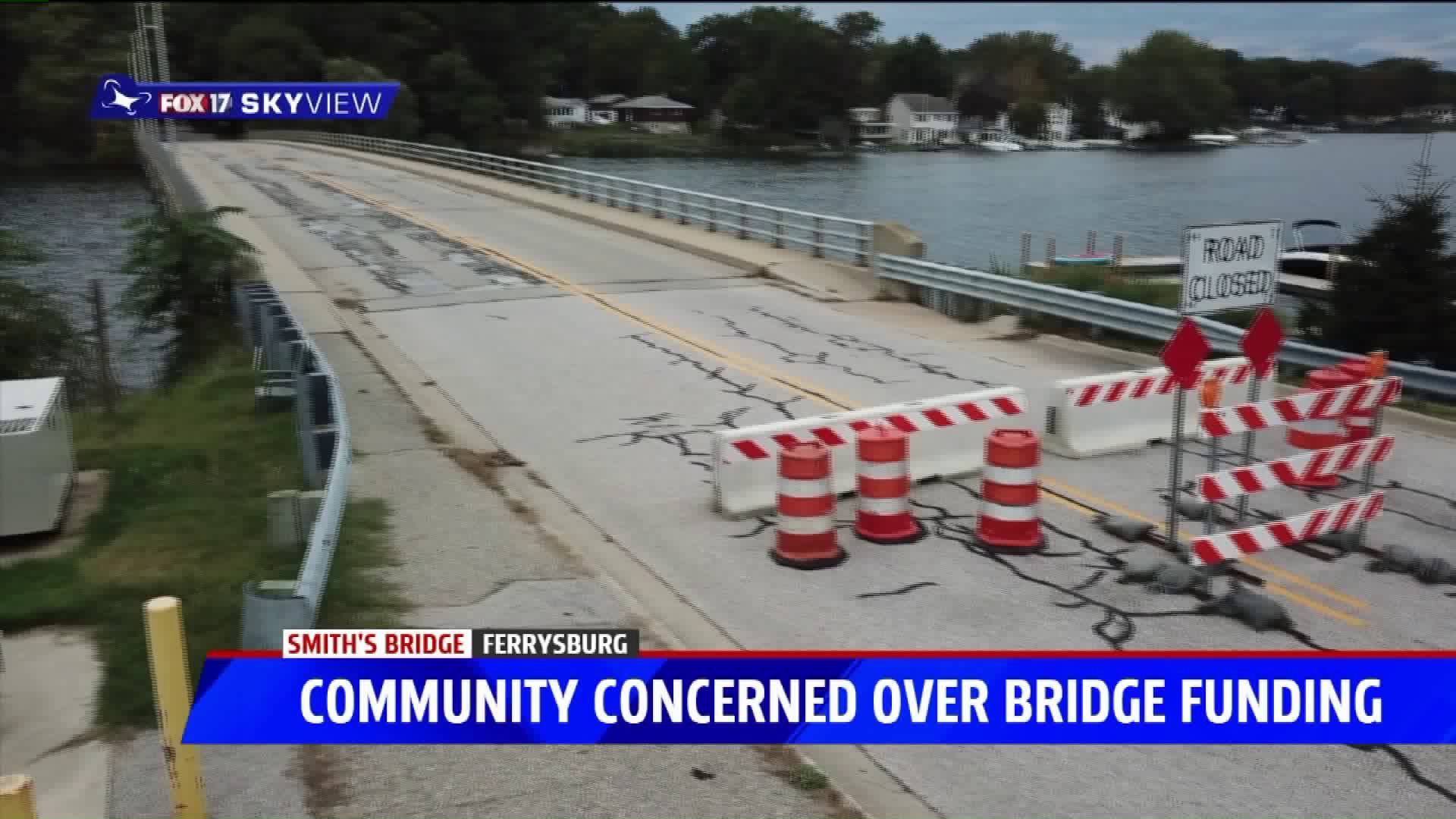 FERRYSBURG, Mich. — Gov. Gretchen Whitmer vetoed $375 million in one-time road and bridge funding from the state spending bills, included in that was millions to replace Smith’s Bridge in Ferrysburg.

The bridge, built in the 1970s, was shutdown in June due to safety concerns.

"There had been between 5000 and 6000 cars that traveled it on a daily basis, so it has been an inconvenience for so many people," Ferrysburg Mayor Rebecca Hopp, said.

In July, the governor visited Smith’s Bridge weeks after the city council voted to close it.

"We have to get serious about this, this is life or death in many ways, but it's also about our economic future. It's about our safety on the roads every single day," Whitmer said during her visit.

"We were really hoping that the city would receive this amount of funding because this is huge expenditure for the city to endure," Hopp added.

Ferrysburg Mayor Rebecca Hopp says the city is still looking to get either federal or state grants to pay for a new bridge, adding that she's taking a trip to Lansing to speak on the city’s behalf, later this month.

"Right now it's estimated anywhere from $10 million to $13 million for that, even if we receive grant funding there's still a cost the city would have to put in for engineering fees and that’s been estimated at $3 million," Hopp explained.

Though city residents are still ticked off with its closure.

Earlier this year, a group raised $2000 to conduct an inspection, separate from the city, to see if there's a way to keep the existing bridge open.

Those findings will be formally presented to the city council on Monday, Oct. 7.

The new inspection results were released several weeks ago. They show a bridge that’s in poor shape but concerned residents are still urging the city to do even more testing, and find an alternative option in hopes of finding a fix that could get the bridge open as soon as possible.