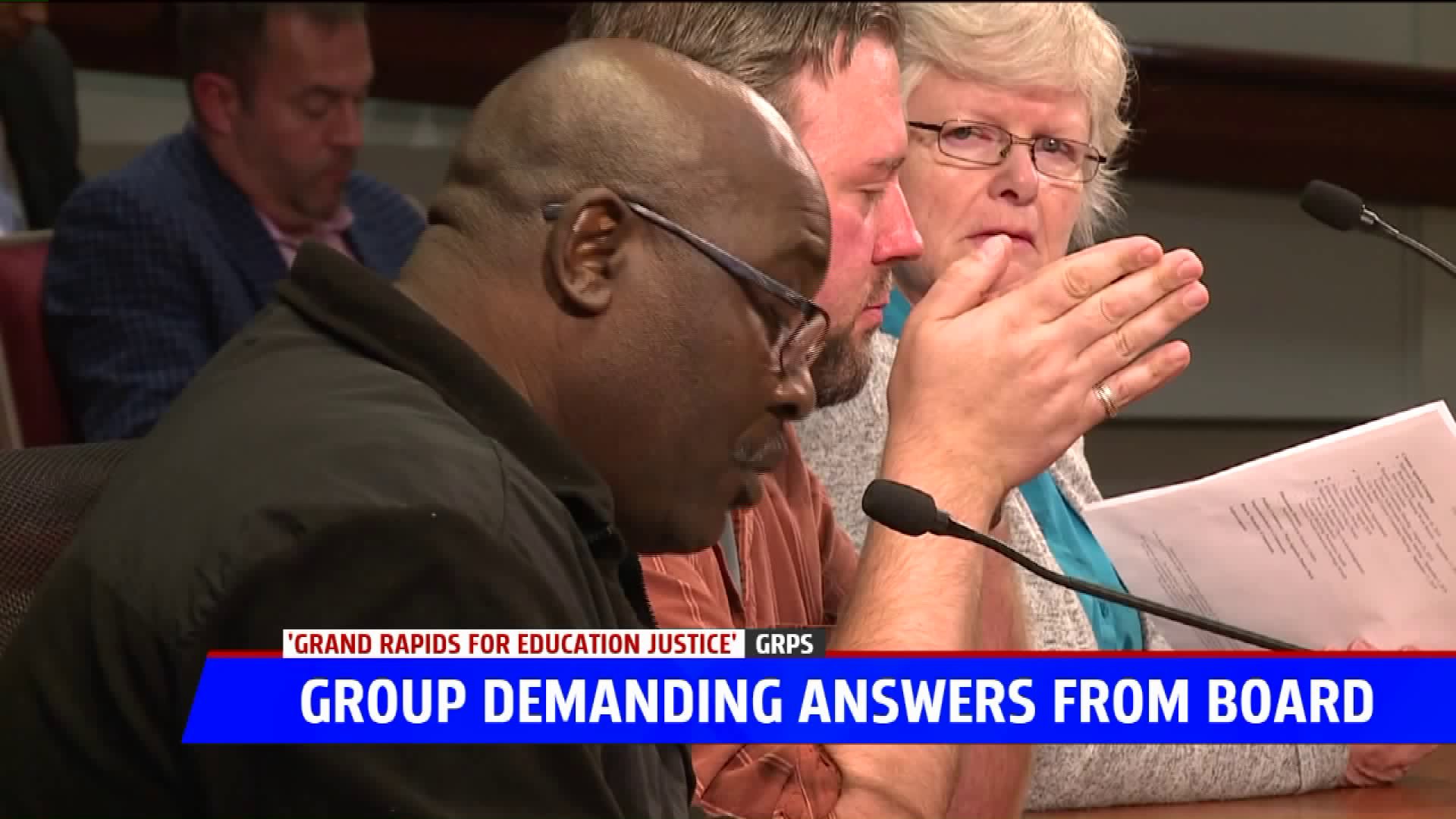 The group is currently comprised of about 12 members who are concerned community members, former educators and parents of former students.

On Monday, the group voiced complaints about what they believe is the lack of transparency at Grand Rapids Public Schools, as well as low teacher salaries, maintenance of buildings and a lack of communication from the staff to parents.

Grand Rapids for Education Justice says only 5% of students are considered "college ready" at Ottawa Hills. GRPS says based on their information, the rate is 6.7%. In comparison, other high schools in the district have a college ready rate at 90%.

"The superiority can be seen in staffing, class size, affluence of students, cognitive ability and a lack of behavioral issues," said Rich Fink, who spoke on behalf of the group during Monday's public comment portion of the board meeting.

"It is doubtful that any child may reasonably be expected to succeed in life if he is denied the opportunity to an education," said another member of the group. "Such an opportunity is undertaken to provide a right that must be available to all on equal playing fields."

GRPS says the group's complaints come on the heels of a better than expected count day. For the first time in 20 years, this year may be the first time there has not been a decline in enrollment, which is crucial for funding.

GRPS spokesman John Helmholdt says that while performance numbers at schools like Ottawa Hills or Union are low, they have actually been making gains over the years.

Helmholdt cited graduation rates are up 50% over the last seven years. The numbers are coupled with increasing investment poured into both underperforming schools.

"Some of what is being said is out of context," said Helmholdt. "Some of it is misrepresentative, and some of it is just plain false and inaccurate. I think that is the part that is far to easy to cast stones, pull a little data here and there. If you look at the whole, there is energy and excitement in GRPS."

Helmholdt also stated the group as a whole has not had any prior dialogue with the district and have not put forth any type of action or steps they would like to see taken.