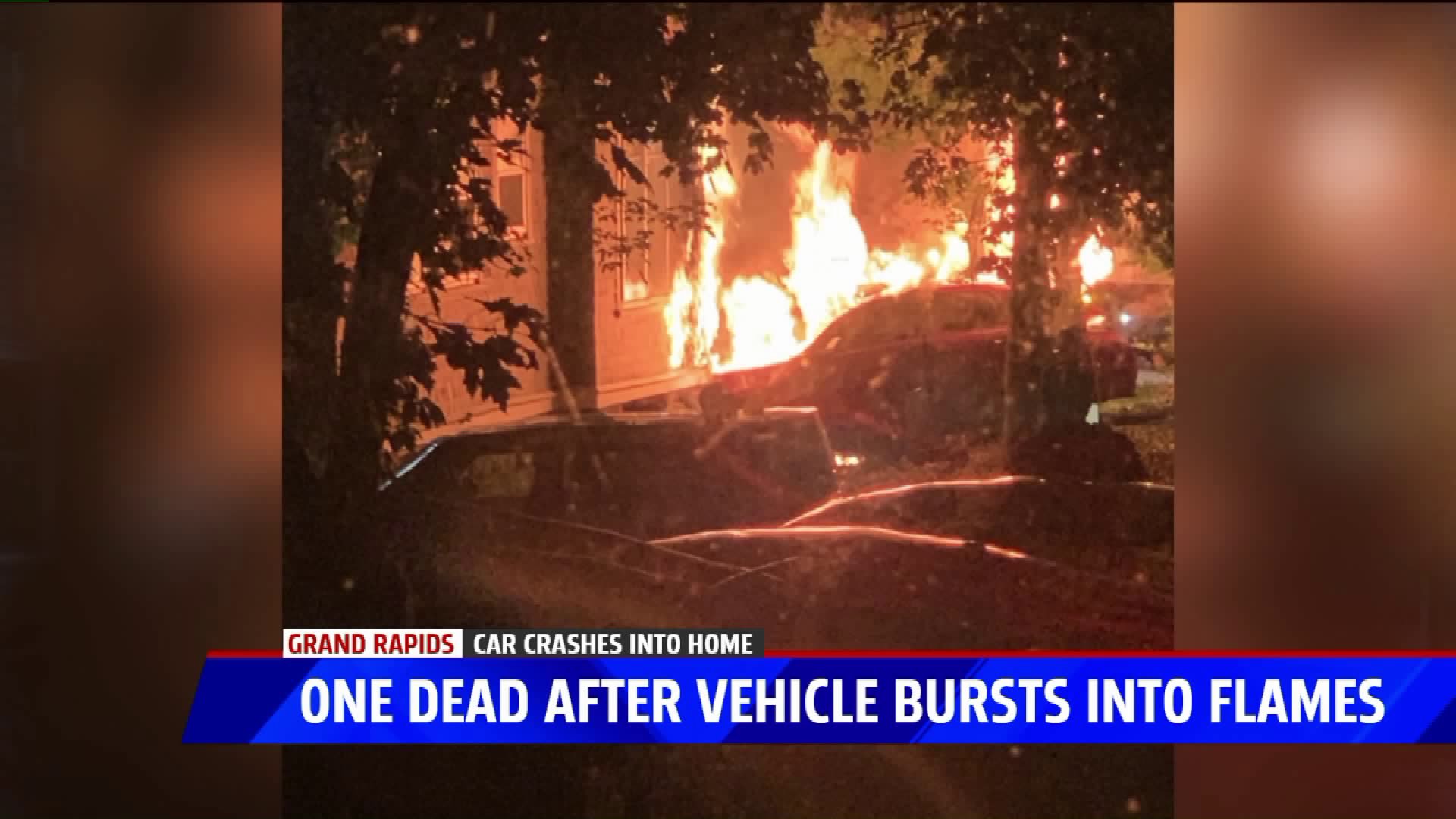 GRAND RAPIDS, Mich-- A home in Grand Rapids was hit early Sunday morning, after police say a vehicle that was speeding near Fuller and Lake crashed into it and caught on fire.

Hannah Colmer lives in the house that was hit around 2:30 a.m., and says it was quite the wake up call.

"I heard this pounding on my door. I thought someone was trying to break in or someone was drunk,” Hannah Colmer said.

When she went outside, she found the car in her home and on fire.

“I thought it was a dream, and I just jolted awake,” Colmer said.

She says everyone inside was okay and the house is still structurally sound despite the damage, so she doesn't have to move. But Hannah says, she feels for the driver's family.

“It’s so sad, I’m really sad for them and their family. It’s a horrible way to go out,” Colmer said.

The name of the driver hasn't been released and the crash remains under investigation.