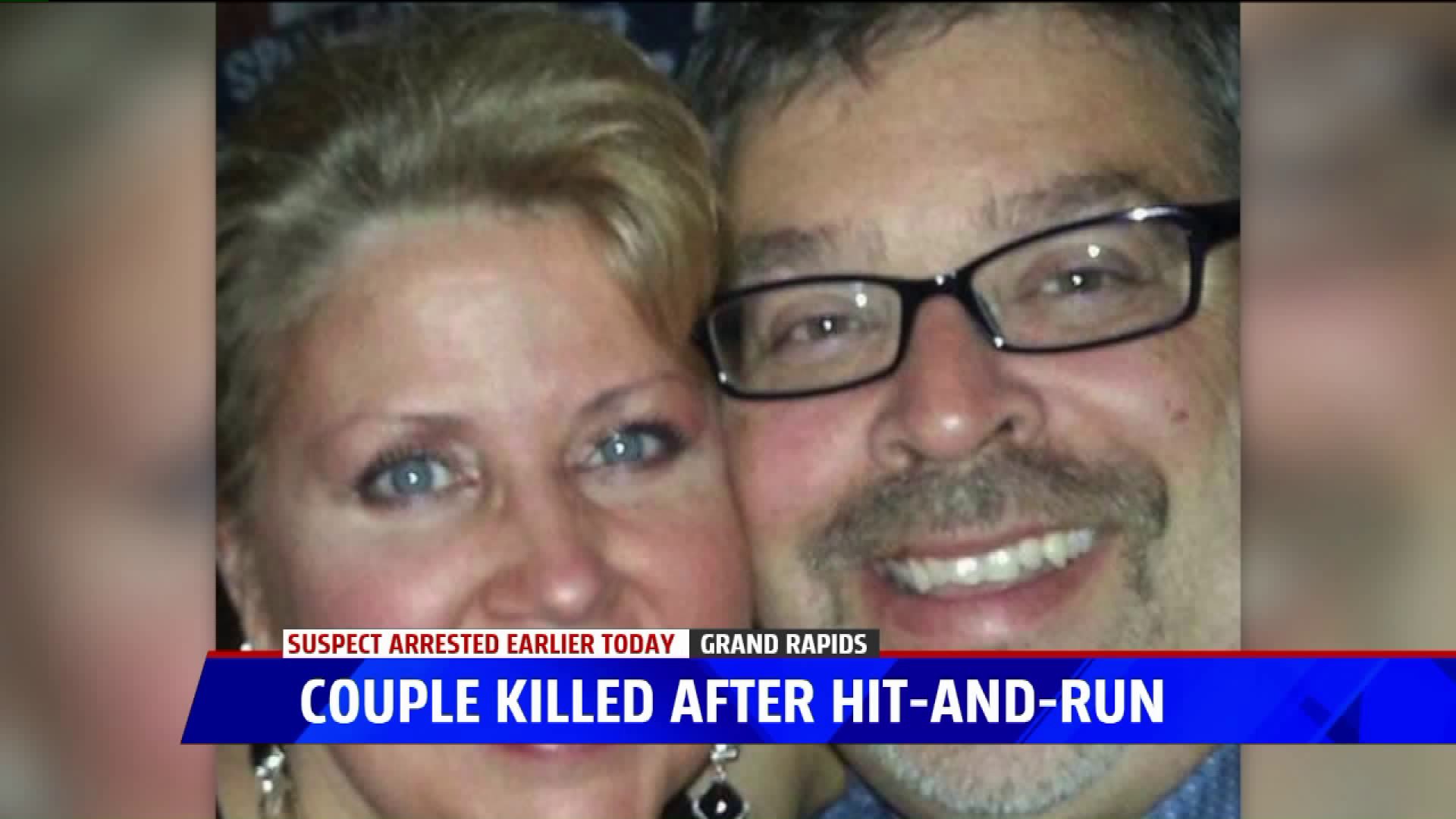 GRAND RAPIDS, Mich-- The victims in Saturday night's deadly hit-and-run have been identified by loved ones as Todd Fuhr and Tracy Curtiss Fuhr. Both were 56-years-old.

Investigators say they were killed around 11:15 p.m. Saturday, after being hit while crossing the street at Grandville Avenue and Oakes Street.

On Sunday morning, police announced they had received a tip that led them to the vehicle involved in the crash, as well as the suspected driver, who was arrested.

Family members were too distraught to go on camera Sunday, but say the couple was well-loved and they are devastated by the loss. They also thank GRPD for all their work in the case.