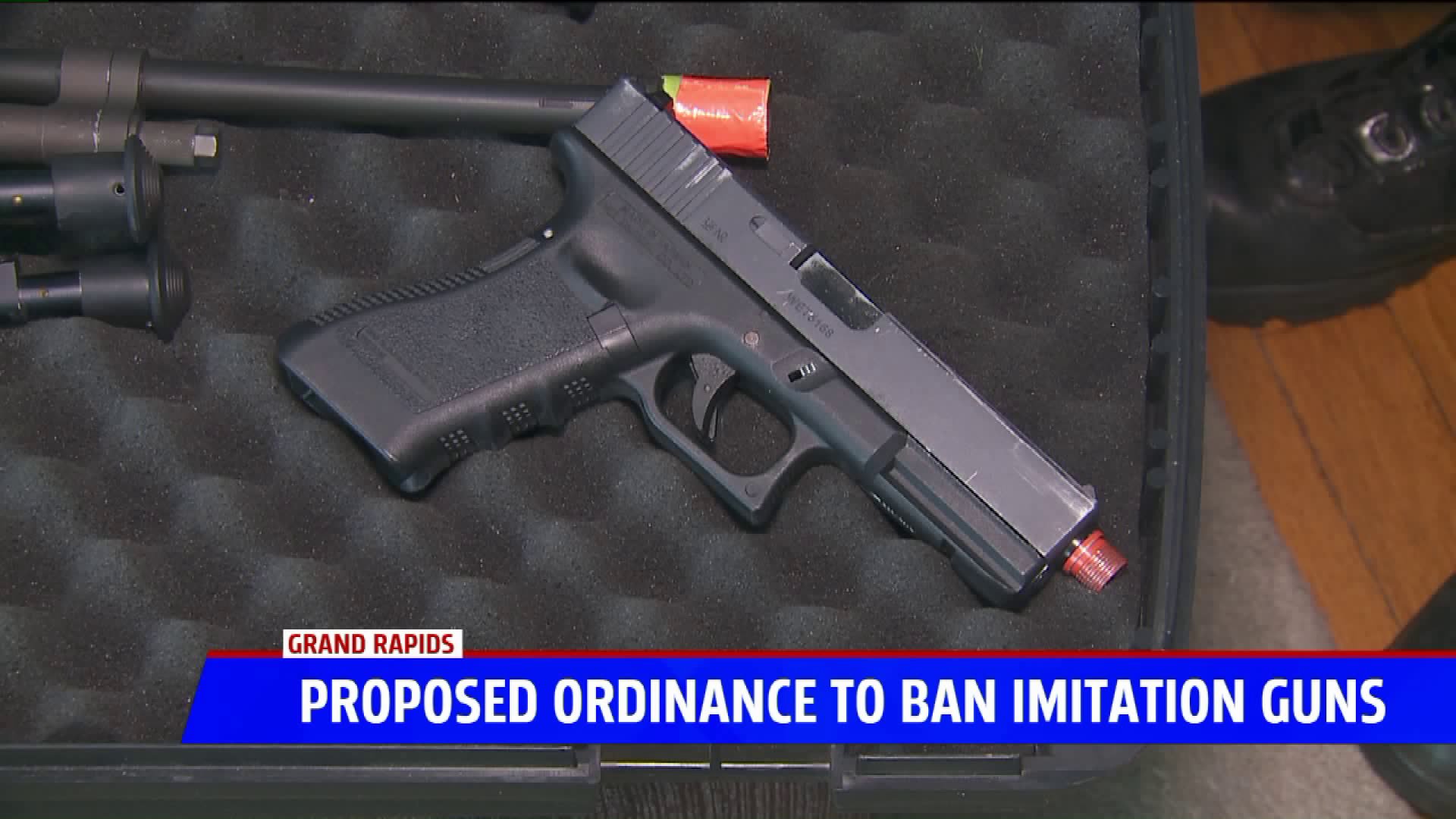 GRAND RAPIDS, Mich. — The City of Grand Rapids is moving forward with an ordinance to regulate replica guns in the city.

It would also regulate BB and paintball guns, preventing them from being brandished or fired in public except at a target range or place that allows it. Neither kinds could be used by anyone under 16 without supervision.

"The bottom line is responsible whether it's a real gun, pneumatic gun when you're in a position of it and certainly when children are involved, parents please be responsible and have them under your supervision," said Grand Rapids Police Chief Eric Payne.

On July 4, Grand Rapids police responded to a 911 call that someone downtown was walking around with a gun, it was a 13-year-old with a BB gun. While everyone made it out of that situation safely, Payne says that isn't always the case.

"Of course, we would not want a tragic incident to occur in a young person who just was playing with a BB gun encounters a police officer and the police officer has to make that split-second decision on whether they're a threat or not," Payne said.

That’s why he hopes a new city ordinance gets the green light.

As far as toy or replica guns, they would have to have an orange tip in order to be carried in public. If adopted, parents would be held responsible for any child found with a replica, BB or paintball gun.

It may be harsh, but after the police department discovered more than 200 BB, pellet and airsoft guns throughout the last three years, Payne says he hopes it can prevent a tragedy.

"That's what we're looking to prevent most of all, kids that may not realize the significance of having a weapon that looks so real, that somebody will call and they'll get a police response having them out in public or brandishing that type of weapon out in public," Payne said.

If passed, violating the ordinance could mean a $500 fine, 90 days in jail, or both.