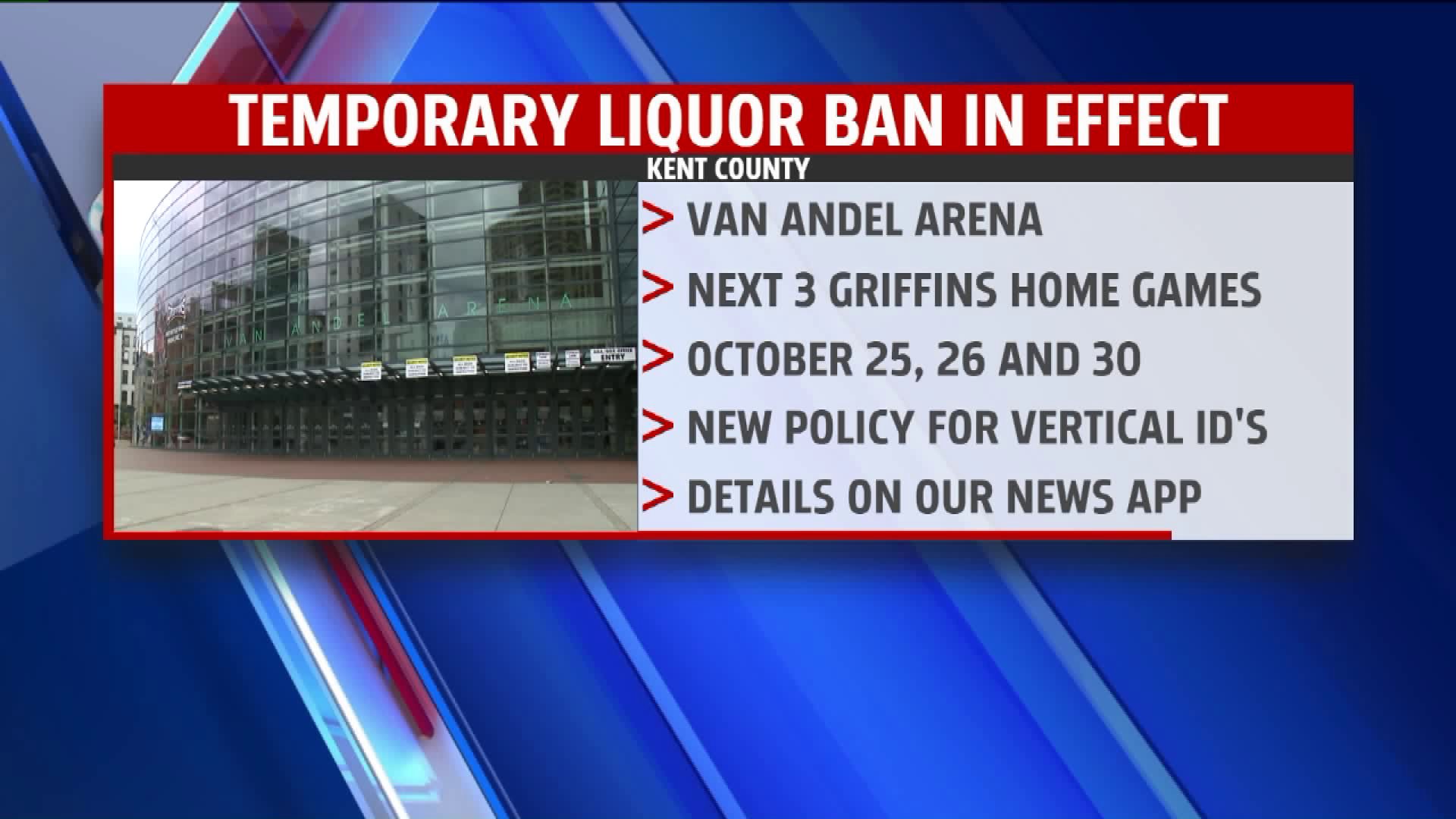 GRAND RAPIDS, Mich. -- The Grand Rapids Griffins are gearing up for two home games this weekend, but fans will not be able to enjoy beer or liquor, since the Van Andel Arena's liquor license is temporarily suspended.

The arena is currently under a booze ban for the next three home games after a Grand Rapids Police Department sting operation found concessions staff failed to validate the age of two people trying to buy alcohol back in March.

The Michigan Liquor Control Commission suspended the liquor license of SMG Food and Beverage after the incident.

Police say when you have that many people coming through the building and a large amount of alcohol being sold, you're bound to be checked for compliance.

"We've had no incidents since 2011 and five incidents, with over 16 million folks,” said Van Andel Arena spokesperson Richard Mackeigan. “One incident is too many, so we're disappointed, and we're taking strides to continue to improve all of our practices, our policies, and our training."

Going forward, anyone with a vertical ID will get it checked by a manager in customer service. That person's name would then be put on their wristband, and each time that person buys a drink they will have to show their wristband and ID again.