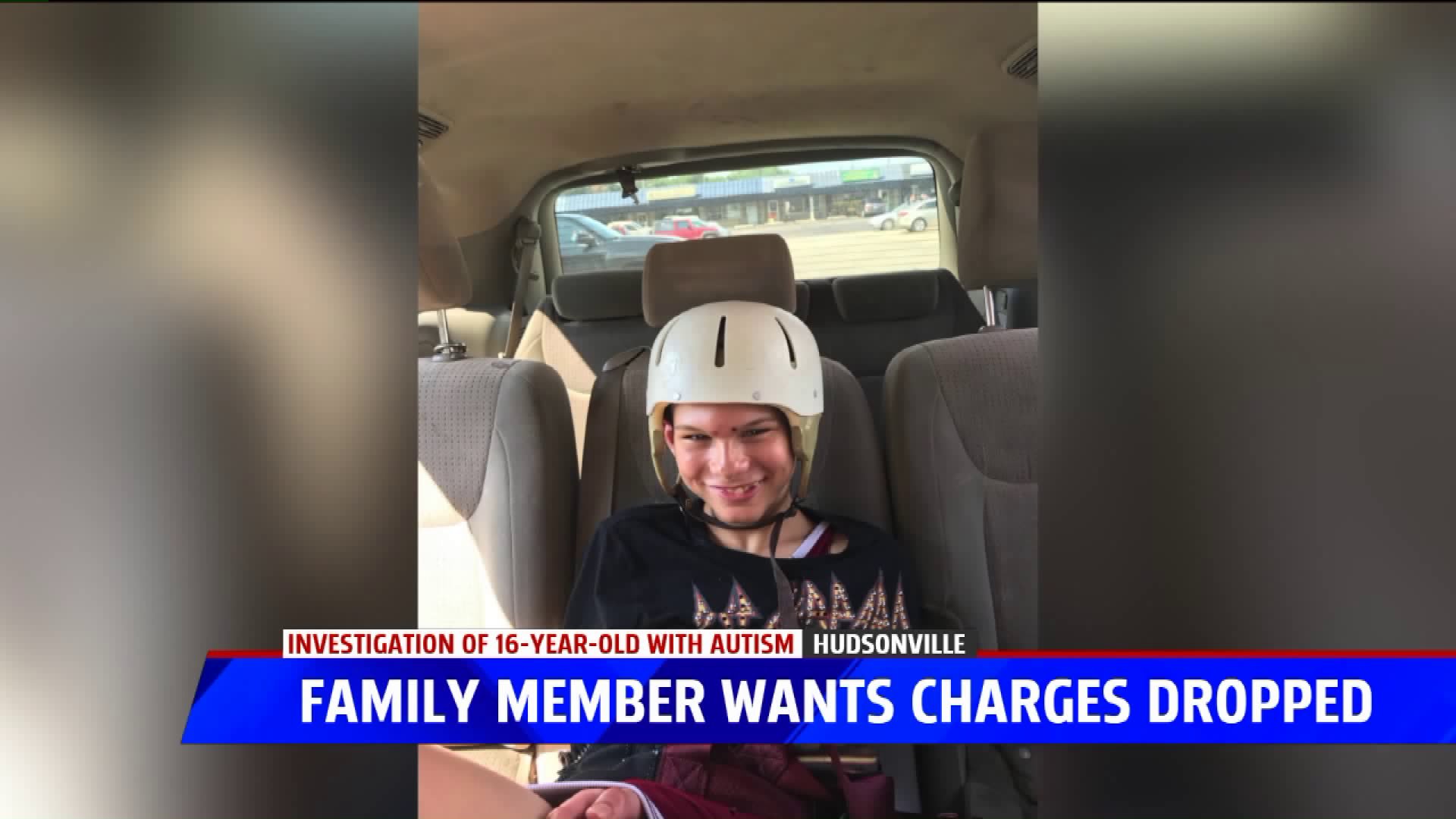 GRAND RAPIDS, Mich. — The family of a man facing manslaughter charges for the death of his 16-year-old son with severe autism says there wasn't any foul play.

Timothy Koets  is facing charges for his death and some of his family members tell FOX17 they want those charges dropped.

On March 28, 16-year-old Sam Koets was found face down in the family pool with his arms bound. Nathan Koets, Sam's older cousin, said the teen's death sent a shockwave throughout his family.

But another shock came seven months later when his father was arrested.

"It's unfortunate and I really think it's unnecessary and I think people don't understand the level of autism that Sam had and how much his dad loved him," Nathan Koets said.

Court documents say Sam was left outside, unsupervised before he was found in the icy pool. Authorities later found that the 16-year-old was living in deplorable conditions.

"These are things that from the outside looking in can look like abuse but it's not it's protection," Nathan Koets said.

He says the family kept Sam bound so he wouldn't hurt himself, and though they tried, he says they were having trouble keeping up with cleaning up after the severely autistic child.

"Autism is a challenge. I don't know how the family did it, the applied for aid from the state which they desperately needed and they were turned down over and over," Koets added.

Records with CPS start back in 2014 . A recent petition says a safety plan was established specifically regarding the supervision of Sam around water, door alarms were even provided, but the Koets said they were not using them.

Nathan Koets says he's not sure what happened in this house that day back in march but he knows one thing for sure, Sam was loved.

"That's how I remember Sam is just happy in his own way and he communicated in a different way than you and I do but he was loved and he loved life," he said.

Sam was laid to rest back in March. As for his siblings, due to a pending CPS case, they are both living with family members.