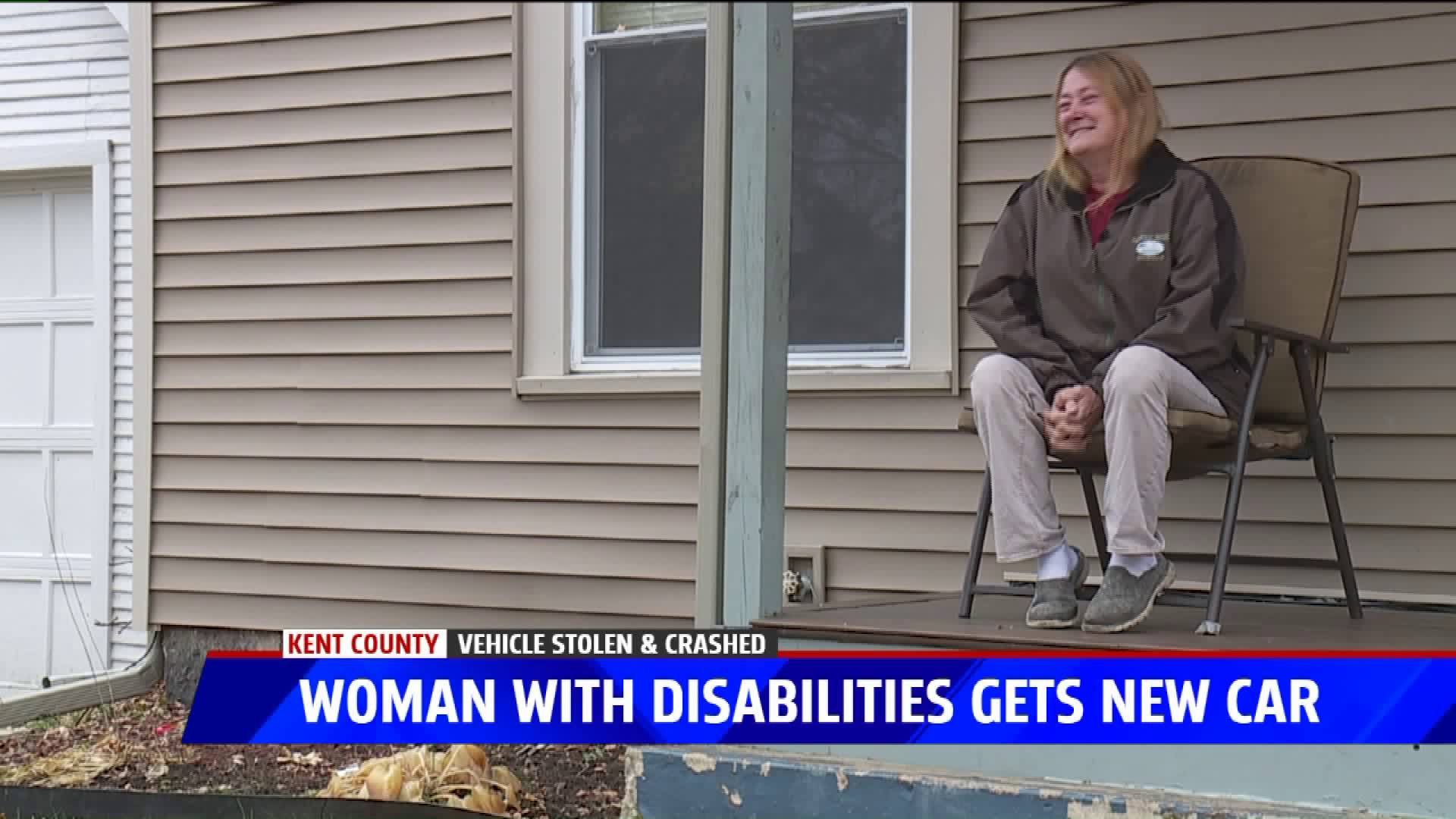 GRAND RAPIDS, Mich. -- A woman living with multiple disabilities discovered her car was stolen on Monday.

Only a few days later, she learned a towing company based out of Muskegon planned to donate a new one to her.

Surveillance picture of the alleged theif

On Sunday, Barbara Brown stopped by the Speedway gas station near the intersection of Leonard Street and Turner Avenue to fill up her tank. She estimates she inside the gas station for approximately three minutes. When she went back outside, her car was gone.

"They pulled up," said Brown. "(The thief) got out, and he walked up to my car like it was his and just took off."

Police later discovered the car at the scene of a crash in Wyoming.

Brown lives with several disabilities that make it difficult to get around without a vehicle. She has little cartilage in her spine, which makes it painful. She is also a diabetic.

Eagle Towing based in Muskegon learned about the situation and decided to help Brown.

"I am very blessed, I really am," said Brown. "I'm really grateful too, very grateful."

"It’s great," said Andrew Heycoop, with Eagle Towing, "It’s like Christmas Day of opening your presents to see that you can change someone’s life with just a simple kindness."