MSP: Chase that ended in fatal crash was justified 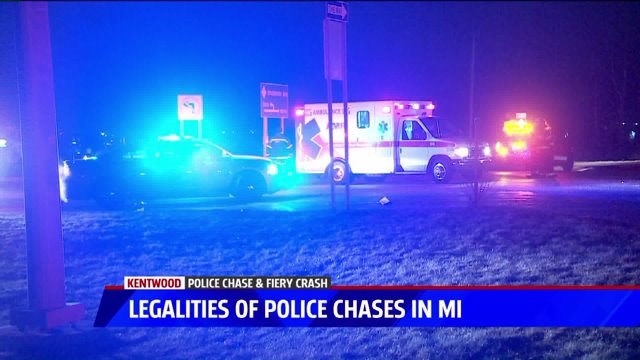 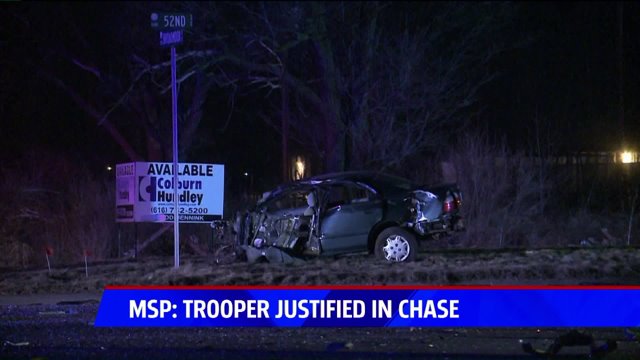 An initial review of seven questions that officers must consider before initiating a chase was followed, according to Lt. Chris McIntire, who briefed reporters Monday at the Michigan State Police post in Rockford. Those factors include weather conditions, speed, the nature of the violation and traffic in the area.

“We revamped our pursuit policy about two and a half years ago because we wanted to take a good hard look at when our troopers are chasing people, and why they’re chasing them," McIntire said.

"They can make a decision if they feel it’s becoming unsafe or if all these seven factors aren’t being applied they can terminate."

The crash happened after 10:00 p.m. when the vehicle being chased by police drove through the intersection of Broadmoor Ave. SE and 52nd Street in Kentwood, crashing into another vehicle driving northbound.

Tara Oskam, 21, a junior at Calvin College was killed in the collision.  The passenger of the fleeing vehicle, David Torrez, 15 was also killed.  The driver, who police would not identify until he is arraigned, is in the hospital and is facing charges.

Police say they chase began when Trooper Christopher Bommarito saw the suspect vehicle driving 90 in a 70 mph zone on U.S. 131. He tried to pull over the driver who briefly stopped but then took off before exiting the highway at 54th Street.

“The vehicle initially stopped and waited there for about 15 seconds before the driver made the decision to then flee," McIntire said.

The chase last just a few minutes and spanned roughly five miles. Police, however, say the suspect did slow down at intersections during the pursuit.

"Even the driver of the suspect vehicle was very conscious of his driving," McIntire said. "He slowed down at all of the red lights that I could see – he slowed down at one green light.”

A review of dash camera video in Bommarito's cruiser showed he was following policy, according to McIntire, who noted the trooper never lost sight of the vehicle being chased, staying about a quarter mile back.

Bommarito is a 20-year veteran with the department who has worked out of the Rockford post since 2006.

“It’s tough," McIntire said of Bommarito when asked how he was doing since the chase. He remains on active duty.

Police say they don't know why the driver fled from the officer.

The case is now being reviewed by state police investigators in Lansing.  The Kent County Prosecutor will also review the case to determine potential charges.

Under Michigan law, police officers are typically immune to the rules of the road when they're involved in a chase. If they weren't, then they wouldn't be able to chase anyone down.

Attorney Tom Sinas says cops are rarely ever sued for their involvement in a chase, even if someone gets hurt. That's because the Michigan Supreme Court ruled nearly two decades ago that it isn't the police who are responsible if anyone gets hurt - it's the suspect driver for refusing to stop for police.

In order for an officer to be in the wrong, Sinas says one would have to prove they were purposely being reckless in the chase.