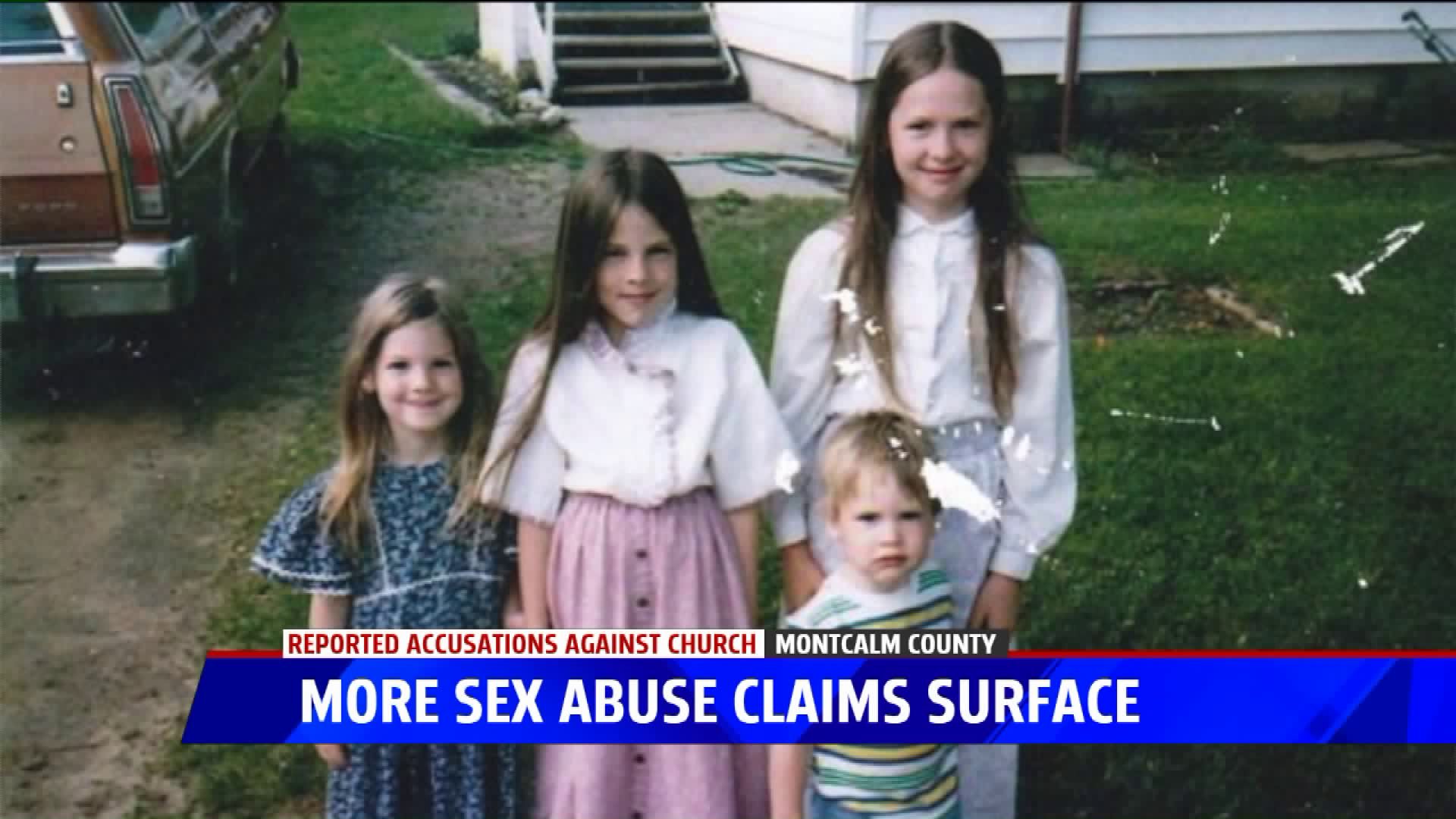 It's a story FOX 17 first reported on Tuesday.

Dozens of accusations continue to surface against the Church of Carson City. They say church elders covered up decades of sexual abuse and many call it a cult.

One former church member, Jessica Moser, moved to Carson City with her parents when she was 3.

"They met in this little shed of a single-wide trailer right on Fish Creek and that’s where they were for a long time," said Moser, speaking about how the Church of Carson City first formed before the building on Garlock Road was constructed.

Moser says she was molested for years.

"Between the ages of 7 and 9, I was molested by Tim Crater.”

Moser says Crater, who was in his 20’s at the time, would molest her in her own home.

"He grabbed me and was pretending as if he was tickling me," said Moser. "He would grab me and immediately his hands would be up my skirt. Because we were young and didn’t have the strength to fight him, he could grab us and hold us there all the while having his hands up our skirt and in our panties.”

Moser says she told her mother about the abuse after she says she found out it was happening to a younger relative as well. She says her mother told Bill Hubler, the leader of the church at the time, and that was the end of it.

"My mom said, 'Oh by the way honey, Tim Crater has been kicked out of the church and he’s gone now, you won’t see him again'. That was it. That was it. It was swept under the rug, and life moved on. The pastor has a legal and moral obligation to report this.”

The alleged abuse from decades ago was never reported to police, but Crater was found guilty in a separate 2003 case for two counts of criminal sexual conduct with a person under the age of 13. Court documents show it happened in Oakfield Township in Kent County 20 years after Moser alleges she was molested.

"The only reason that they were reported to the authorities is because somebody outside of the community heard it," said Moser.

FOX 17 went to Tim Crater’s home in Greenville on Wednesday. He didn’t come to the door and didn’t want to talk.

He’s now a registered sex offender and will be for life.

"My first memory of him was my mother telling me, 'Be careful when you hug Lee Sherman, he has a problem with young girls',” said Moser.

FOX 17 obtained documents from the Montcalm County Sheriff’s Office showing other allegations of abuse were reported to police in 2014, but no charges were filed.

One letter cites knowledge of Lee Sherman having sex with a minor decades ago, saying current leader Bill Hubler knew about it. The letter goes on to state his only punishment was Sherman was stripped of his title. Police were never notified.

A second letter references more allegations of abuse against another man in the church,  as well as young boys molesting other members of the church that was never reported.

Issues with physical abuse and allegations of tax evasion are also mentioned in the letter.

Sheriff Mike Williams tells FOX 17 the investigation couldn’t move forward because they couldn’t find any victims willing to press charges, or accusations were not directly from the victims.

Williams also said charges against Lee Sherman could’ve been possible, but weren't, because he died in 1994.

Moser says her story is just one of dozens like it. She hopes her speaking up will give others like her the courage to also come forward.

FOX 17 spoke with church leaders on Monday who denied all accusations of the church being a cult. They also denied having any knowledge of alleged abuse that happened while victims and the accused were members of the church.

They say Tim Crater, who served time behind bars for the CSC charge in 2004 was no longer a member of the church when that happened.

FOX 17 will continue to follow allegations made against the church.