Parents of suspect charged in woman’s murder to face trial 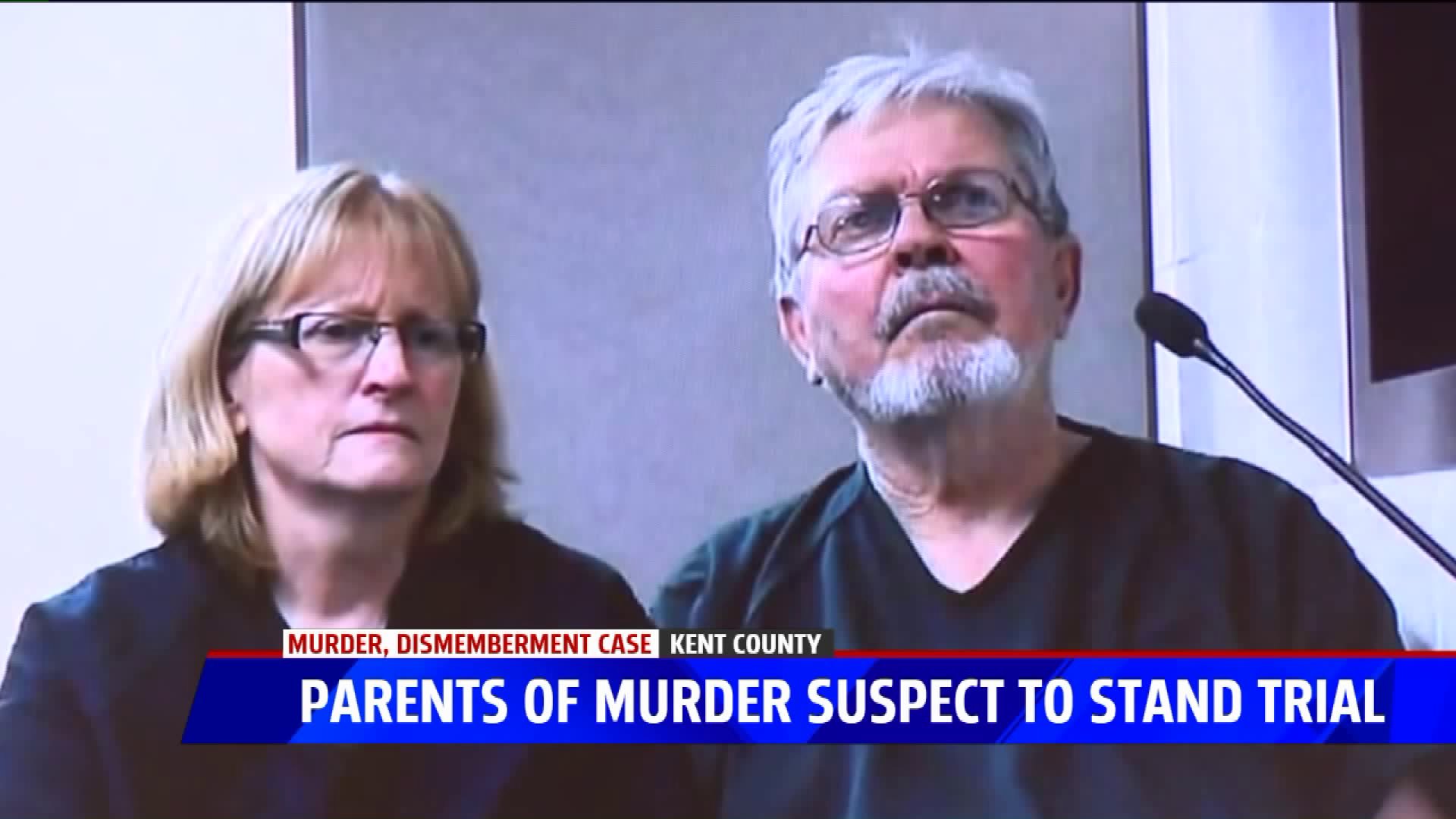 GRAND RAPIDS, Mich. -- The parents charged with helping their son allegedly cover up a murder will face trial.

James and Barbara Chance had a preliminary hearing in front of a Kent County judge Thursday morning. Barbara Chance waived her right to the hearing, but James' hearing lasted about four hours. At the conclusion of the hearing, the judge bound James over for trial as well.

The hearing revealed more about the evidence authorities have against them like surveillance video that shows them at Costco with their son Jared, purchasing items that appeared to look like a mop and a bucket.

The Chance's are charged with lying to police and accessory in the death of Ashley Young, who went missing out of Kalamazoo County last year.

Young`s mutilated body was found in Jared Chance's Grand Rapids apartment back in December of last year. She had been missing for more than a week from Oshtemo Township.

In court Thursday, a Grand Rapids police detective testified that Young's purse was found in the dumpster behind a party store, where he was also seen on surveillance video purchasing ammonia believed to be used to cover up the crime.

Grand Rapids police detectives testified to the gruesome scene they found at Chance's apartment on Franklin Street in Grand Rapids, finding numerous used medical gloves in the garbage and blood at the home. They also say they found a mop and sponge outside his apartment, which tested positive for human blood.

Detectives also found a saw with human blood on it at James and Barbara's home in Holland, in addition to extra saw blades at Chance's apartment.

We also heard from Conrad Chance, the brother of Jared, who testified in front of the court. He says he remembered going with his parents to pick Jared up December 1 and remembers his brother acting 'disturbed'. He also testified that at one point he knew Young's dead body was in the car when they were driving between Holland and Grand Rapids.

The perjury charges against James and Barbara Chance mean they are both facing a life sentence if convicted. Investigators allege they helped their son bring pieces of her body to their home, in an attempt to cover up her death.

As for Jared, he is expected in front of a judge Friday and faces life in prison if convicted in her murder, not including the charges for tampering with evidence.