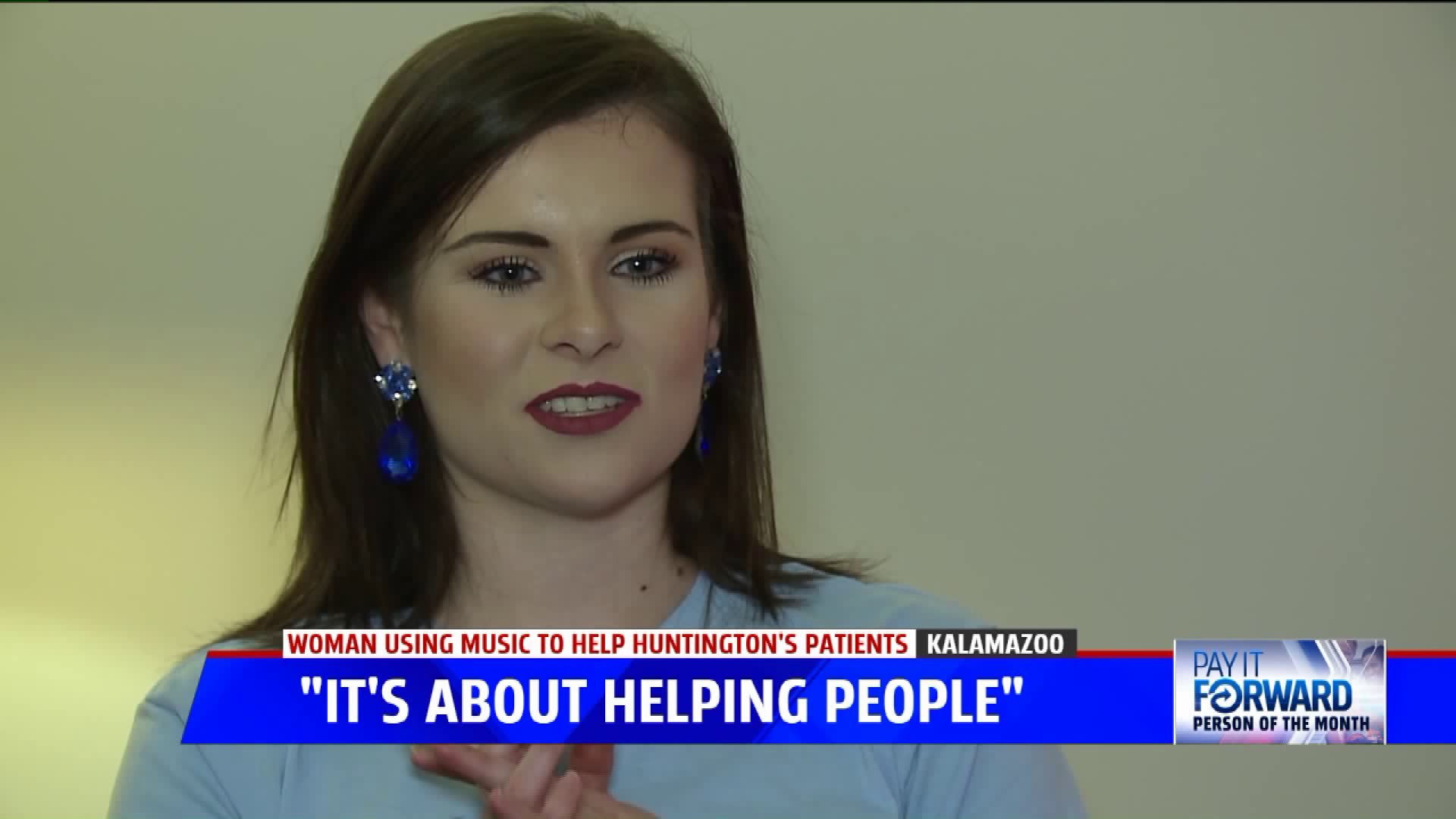 GRAND RAPIDS, Mich. — Shelby Lentz looks at life differently than your typical college student. At 21, the Western Michigan University senior has tested positive for the gene that causes Huntington's disease.

"It just changed the way that I thought about things. If you want to do something, go do it. Take risks, take leaps because every single day is not granted," she explained.

"You can't really prepare for something like that," Lentz told FOX 17 News. "I didn't realize that it was genetic and the severity of it. Whether you get a positive or a negative test result, there's grief and shock."

Huntington's disease is a degenerative brain disorder. Although patients are able to treat the symptoms, there is no cure.

"People who have Huntington's have a defective protein that builds up in their brain," explained Andy Lentz, Shelby's Dad. "It's almost like you have ALS, Lou Gherigs and Parkinson's, all at the same time. Knowing that my kids got it, makes me feel worse than getting it myself."

Lentz said it took a while to adjust after learning the news. But two years later, she has picked herself up and turned to a song she co-wrote, called "Champion," for inspiration.

Coincidentally, Lentz penned the tune months before learning her father had Huntington's Disease.

"You have to get back up, no matter how hard you get knocked down, and keep fighting," she explained. "It all just fell into place, where this song that I wrote for other people, became this song that shifted into the HD community."

Lentz, who sings and plays guitar, has performed at benefit concerts, raising thousands of dollars for the cause. The longtime pageant queen is also raising awareness for the disease as part of her platform, serving as Miss South Central Michigan.

She has no symptoms of Huntington's yet, but knows it is inevitable.

"Giving money back to families and doing these events and, and donating to research, and seeing how that impacts other people, it gives me so much hope and gratitude, and it's just been so therapeutic," Lentz said. "My music is one way that I cope, but helping people, ultimately, which is why I write music and why I do all this, because it's about helping people and sharing a story and sending a message."

To learn more, or donate to Champions for HD, visit the group on Facebook, or via the website.

As the FOX 17 and Lake Michigan Credit Union Pay it Forward Person of the Month, Lentz is receiving a $300 prize.

Meet Stacy Peck, our December Pay it Forward Person of the Month.