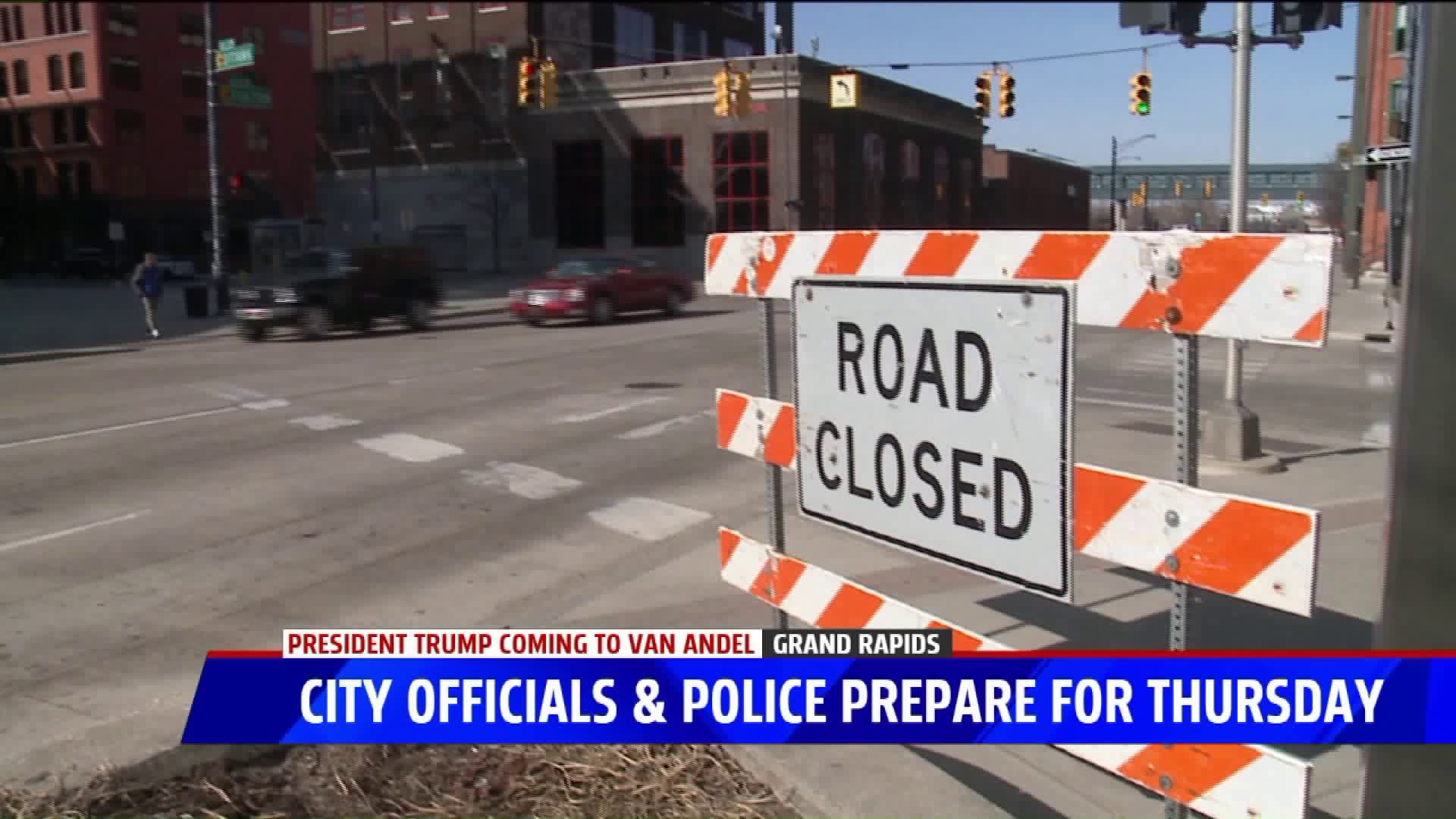 GRAND RAPIDS, Mich. — President Donald Trump is holding a rally in Grand Rapids Thursday at Van Andel Arena, and Grand Rapids police say they are pulling out all the stops to keep the around 12,000 people expected to be downtown safe.

“The Secret Service is here to protect the president, our job is to protect everyone else,” Grand Rapids Sgt. Dan Adams aid.

They're stepping up patrols with the help of multiple local and county agencies.

“It’s a lot of people. As we’ve been talking about for quite a while, we are short staffed. But we are going to have a lot of personnel, we’re ordering in a lot of personnel to help get the job done, to make sure that everyone is safe,” Adams said.

GRPD is asking everyone to treat the security similar to the airport. If it can't get brought past Transportation Security Administration agents, it can't enter the arena Thursday.

Police say they're doing everything they can to keep everyone safe.

“It’s a big day for the city. Regardless of what anyone believes, it’s always an honor when the president comes,” Adams said.

Police are encouraging those concerned about parking to check the city parking apps for specific availability and road closures, which will be extensive Thursday.

Adams suggests taking the Dash bus downtown to avoid traffic around the arena.