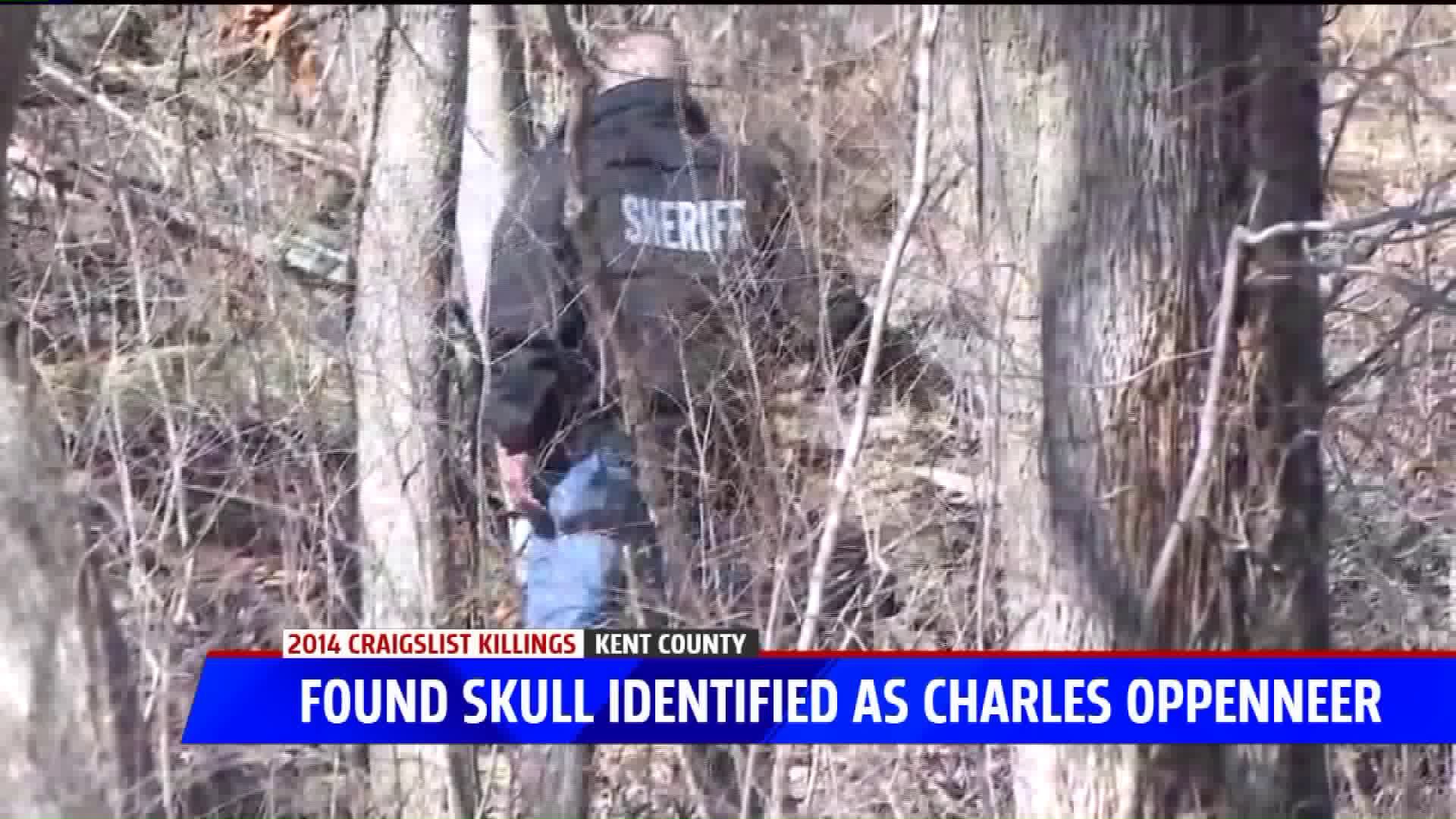 WYOMING, Mich. — Wyoming Police say that the remains found in northern Kent County last week is the skull of a man killed in Wyoming in 2014.

Police say the skull belongs to Charles Oppenneer, who was killed in Wyoming by Brady Oestrike in July 2014.  Brooke Slocum, 18, was also killed by Oestrike.

The skull was identified using dental records by Dr. Joseph Hefner, a forensic anthropologist and professor at Michigan State University. The Kent County Medical Examiner says that it appears that Oppenneer died from a gunshot wound to the head.

"It was just a long, unanswered question and more than anything, we're just happy to report to the family this piece of information so that we can have some closure for them," Wyoming Police Captain James Maguffee said.

In 2014, Oppenneer and Slocum, who was pregnant at the time, met up with Oestrike at Gezon Park, after meeting on Craigslist. Investigators had said that the couple met with Oestrike in a "sex for cash" deal.

At the park, Oestrike killed Oppenneer and beheaded him.  Oppenneer's body was found at the park, missing the head.  Oestrike took Slocum to his home where he held her captive for several days.

Police caught up with Oestrike on July 17, 2014. During a chase, Oestrike crashed his vehicle on the Burton Street overpass over US-131.  Surrounded by police, Oestrike killed himself. Slocum's body was found in the trunk of the vehicle. She had been strangled.

"This case was especially dark and, frankly, disturbing and saddened all of us that this sort of thing can happen, outside of a fictional setting, for sure. and impacted our police officers very deeply," Maguffee said. "There was a lot of  hurt and soul and effort and pain involved in this investigation, and it just really touched us. It did then and it continues to today.”

The remains were found on March 24 by a neighbor near Six Mile Road and Kenowa Avenue. Investigators retrieved the remains on March 26.

Maguffee said there isn't a known connection to Oestrike and the area where the remains were found.

"We know that he traveled and moved rather widely in his work travels and we even have information from the investigation at the time that he was moving in the days of his crimes, at that time, and probably was in that general area," Maguffee said.