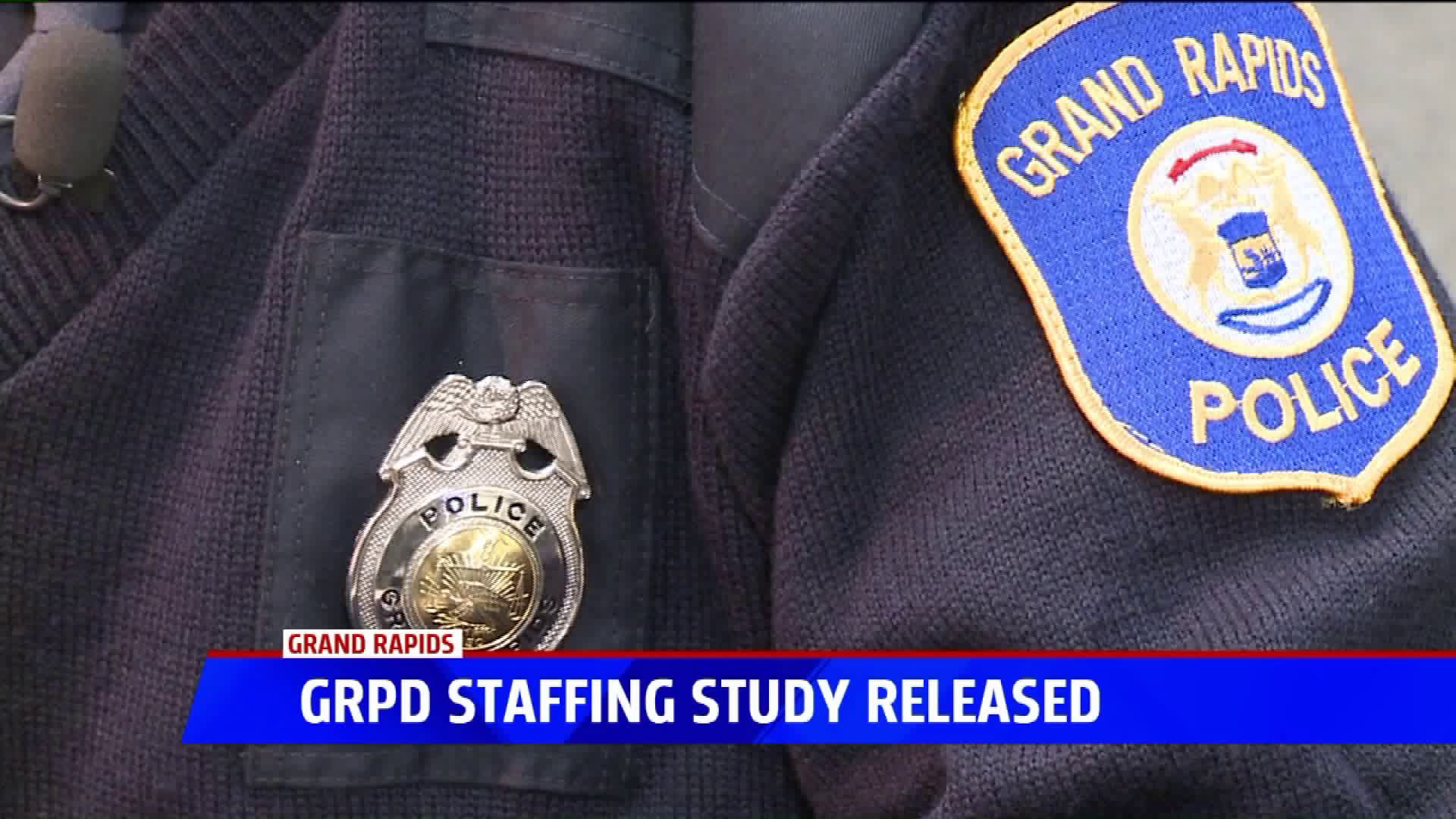 GRAND RAPIDS, Mich--  It's a department that's been under a lot of scrutiny lately, in light of what some are calling 'questionable arrests' by the Grand Rapids Police Department.

The findings are being questioned by the police union, who says staffing levels are a real concern for the department.

During its study, Hillard Heintze conducted two site visits, interviewed sworn officers, civilian staff and elected officials. They also surveyed GRPD personnel regarding their opinions on their roles there, and examined several documents.

Hillard Heintze listed nine key findings in its report with regard to how GRPD operates:

Captain Collard says he just saw this report for the first time over the weekend.

"What I can tell you is that I’ve read through the whole document. The other thing is that it's a 50 page document and it took four months to compile. We are at no point where we can really into the minutia of the findings of that," said Collard.

Among the report's findings: sworn officers are doing too much administrative work and other tasks that could be done by civilian staff. It also suggested that officers don't necessarily have to be on hand to enforce parking, false alarms or minor crashes.

"My belief is that if their child is involved in a car crash that an officer would be dispatched to come take the report, help them out, have the resources that they need to move on from that crash," said Collard. "What the report is really recommending is to not do certain things, and again, that is a question that should be bigger than the police department."

What the union says is not in the report, is what they say is an ongoing rift between the city and the police department. The union says it dates back to the days of former Chief David Rahinsky, who took over in 2014 and had his last day in office in Grand Rapids this past December.

The City of Grand Rapids didn't want to comment on the study Monday, saying the matter would be discussed at its Committee of the Whole meeting Tuesday morning.