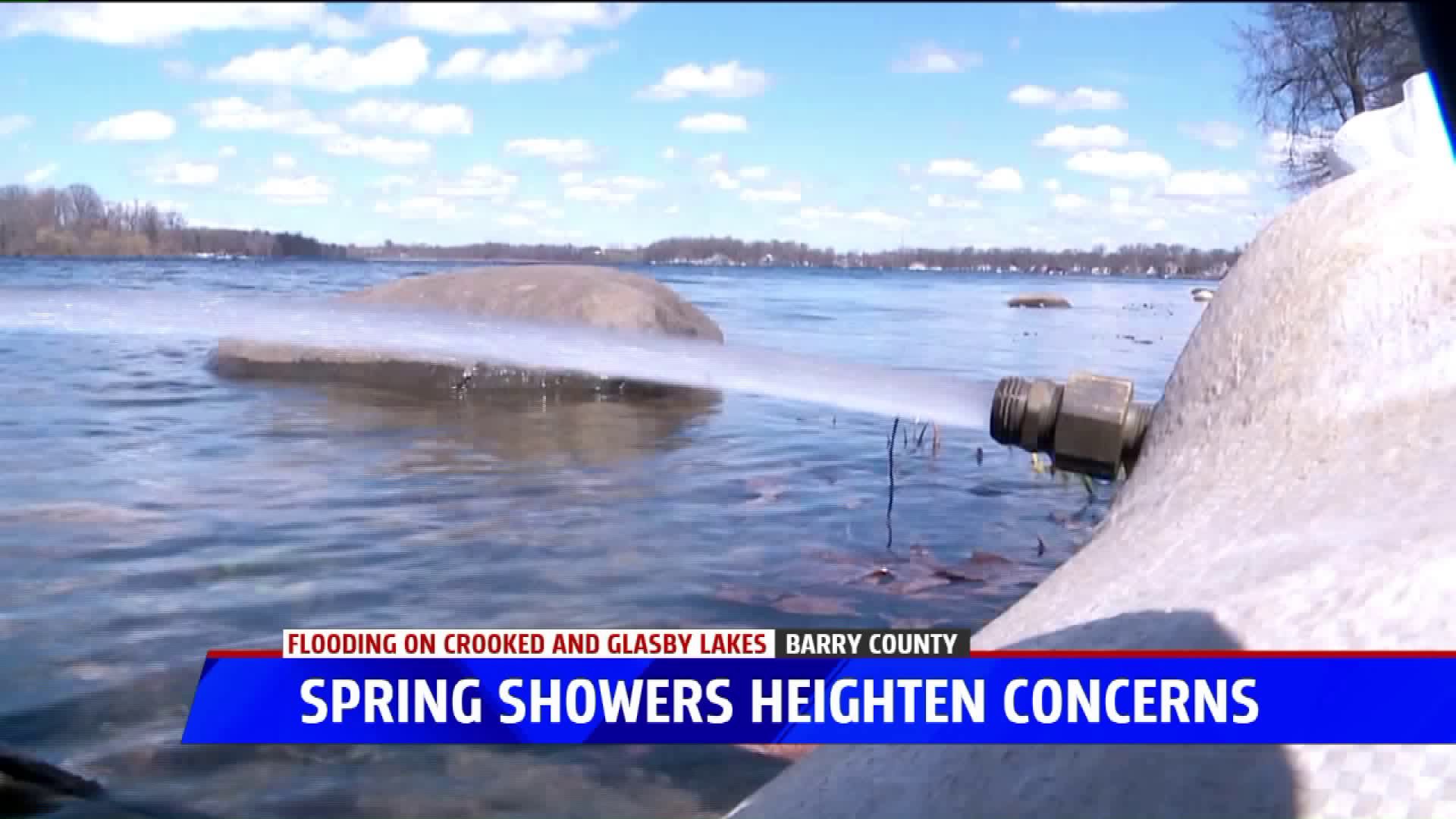 DELTON, Mich. — The winds were so intense Thursday at Crooked Lake that whitecaps formed on the water which crested at three-to-four feet above it’s normal level, said Barry County Drain Commissioner Jim Dull. At one point the waves got so high that it knocked over the sandbags at a house meant to keep the floods from coming inside.

“It was bad enough when we were setting sandbags because it was coming up, hitting me on top of the head,” said Dull who brought more sandbags to the homeowner. “The water was flying.”

Dull said that he was "fearful" of the weather this spring because to him an the other residents at Crooked Lake it meant more floods, more high winds and more problems.

“If the power outage goes, a lot of [homeowners] have their own personal generators that could keep up,” Dull said. “But if they don’t or if they run out of gas that could flood out their homes.”

The residents at Crooked Lake have been battling floods since the winter of 2018, after heavy snow and early spring rains led to the water level rising to record levels. Many people’s homes and basements flooded. Some residents had to move.

This year, the residents at Crooked Lake won't be the only ones battling floods.

“We have a lot of ground water that’s way up,” Dull said. “Every lake in the area Holcomb, Crooked, Pine Lake, Shelp Lake, West Gilkey, Indian and I’m sure there’s other ones that we haven’t been on that are up 3-to-4 feet higher than people have seen them in a lot of years.”

Dull said Barry County has over 300 lakes and that 90 percent of them have outlets, which helps with the floods as long as they’re free of debris and brush.

“We’re trying to take care of all of them at the same time,” Dull said.

In the meantime he and crews have been building a berm on Delton Road to become a water retention center. He hopes to take three inches off of Crooked Lake and move it there. He’s also been working with the Michigan Department of Environmental Quality  and Michigan Department of Transportation to establish Thornapple River as a permanent solution.