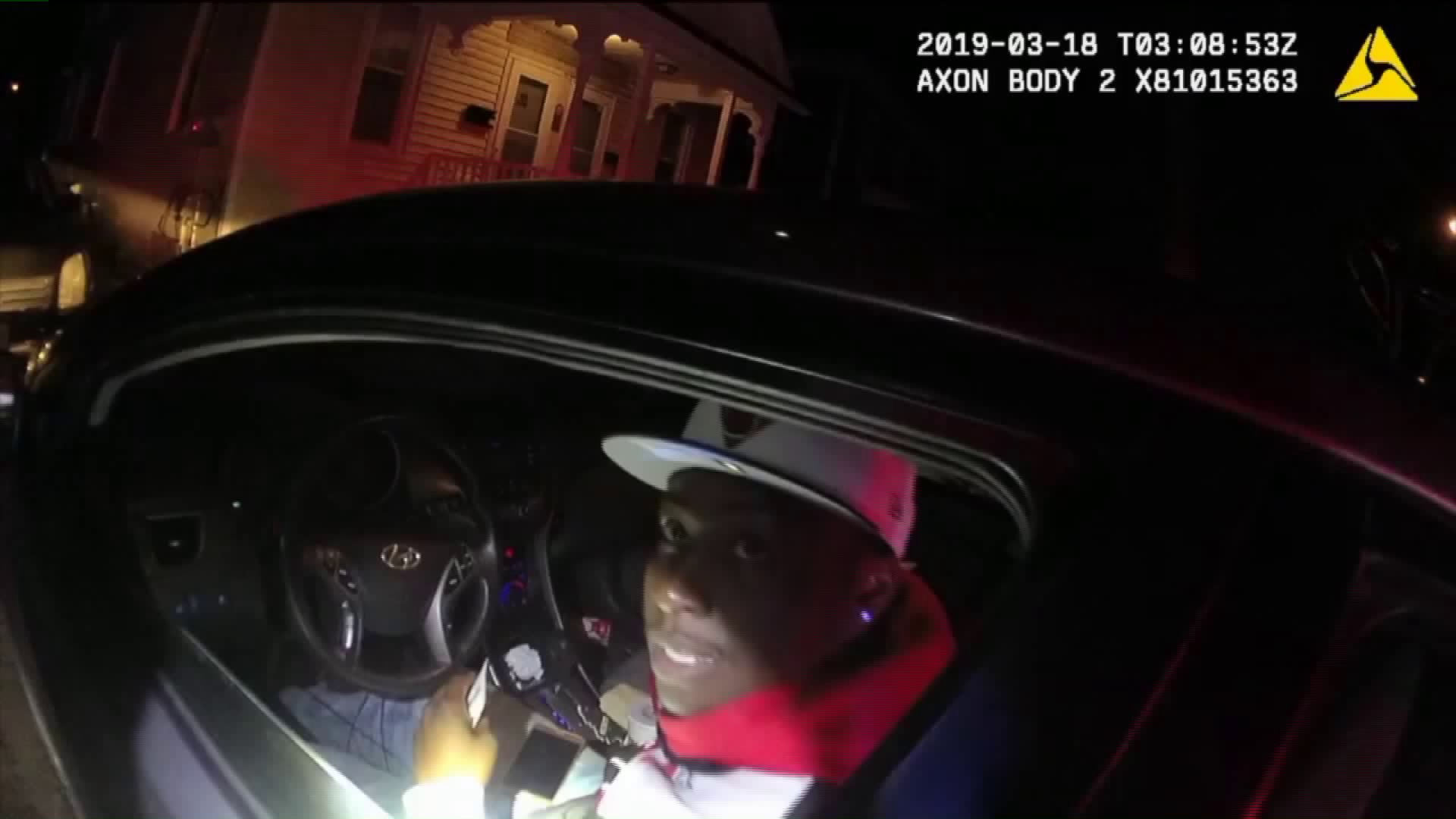 The incidents happened on March 17 at California and National NW at about 11 p.m. and March 25th at Hall and Madison SE at about 9 p.m.

The March 17 incident involved a traffic stop for speeding, but the driver pulled into his mother's driveway and started honking the car's horn. He refused to cooperate with police and was pulled from the car by the officer. The officer used a taser and pepper spray to subdue the driver and a second officer is seen hitting him repeatedly. A child was also present in the vehicle.

In the body cam video released Tuesday, the suspect is seen sitting in the back of a police cruiser when he tells an officer he wouldn't get out of his vehicle because he knew he had a warrant out against him and did not want to be arrested in front of his son.

The March 25 incident involved a traffic stop after a complaint for a fight at a nearby party. Police found the driver to have an outstanding warrant and tried to get him to leave the vehicle, but he resisted. After being tackled, several others who were in the vehicle began to confront police. The suspect bit and scratched the officer, causing minor injuries. Several people were arrested.

You can see more of the videos and police explanations here.  We'll have more videos process for viewing throughout the day.

An officer in the March 17 incident was suspended pending an investigation. Police Internal Affairs has been investigating both incidents.

We'll have more on this story on later editions of FOX 17 News.