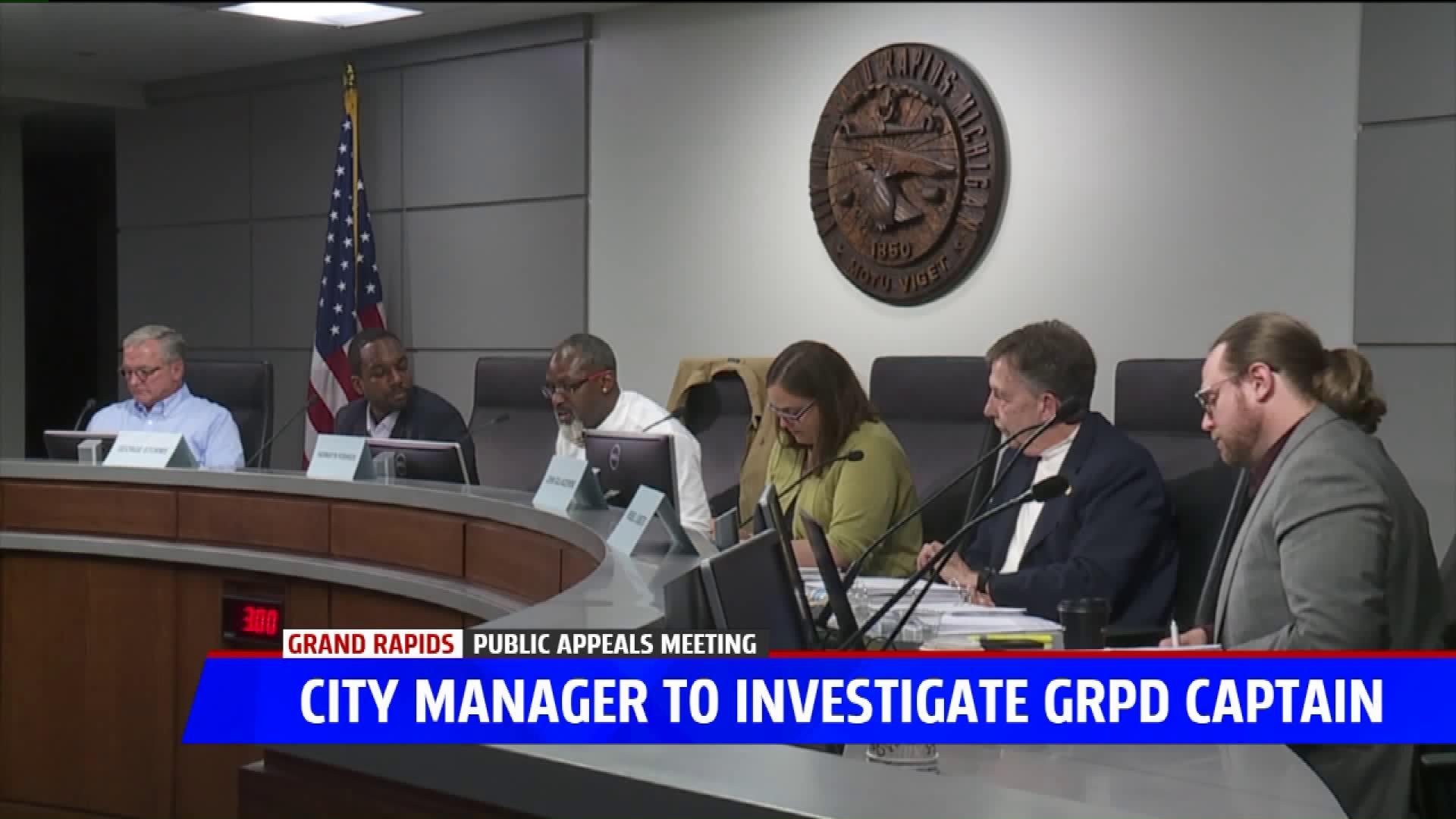 GRAND RAPIDS, Mich. —The future of a Grand Rapids police captain accused of racially profiling a man at the end of 2018 now lies in the hands of the city manager.

Grand Rapids police conducted an internal affairs investigation into Capt. Curtis Vanderkooi and determined he did not violate the impartial policing policy after reporting Jilmar Ramos-Gomez, a Marine veteran with PTSD, to immigration after he was arrested for allegedly breaking into a helipad and attempting to start a fire in November 2018 at Spectrum hospital.

Ultimately, Ramos-Gomez was wrongfully detained by ICE and is a U.S. citizen.

The American Civil Liberties Union and the Michigan Immigrant Rights Center filed a joint complaint asking the board to appeal the decision. In a 6-2 vote, the board decided they felt the internal investigation, though thorough, came to the wrong conclusion.

The board doesn't have the authority to discipline Vanderkooi, only to require further review by the city manager.

The police union has publicly said many times they feel these actions toward Vanderkooi are unjust, saying it was ICE who mistakenly detained Ramos-Gomez.

However, Vanderkooi was reprimanded for using the word "loco" in an email when discussing Gomez with ICE officials.

Next, the board will present their reasoning in writing at a special meeting next Wednesday before moving to Washington's office.