Baby in motel room was with dead parents for 7 days 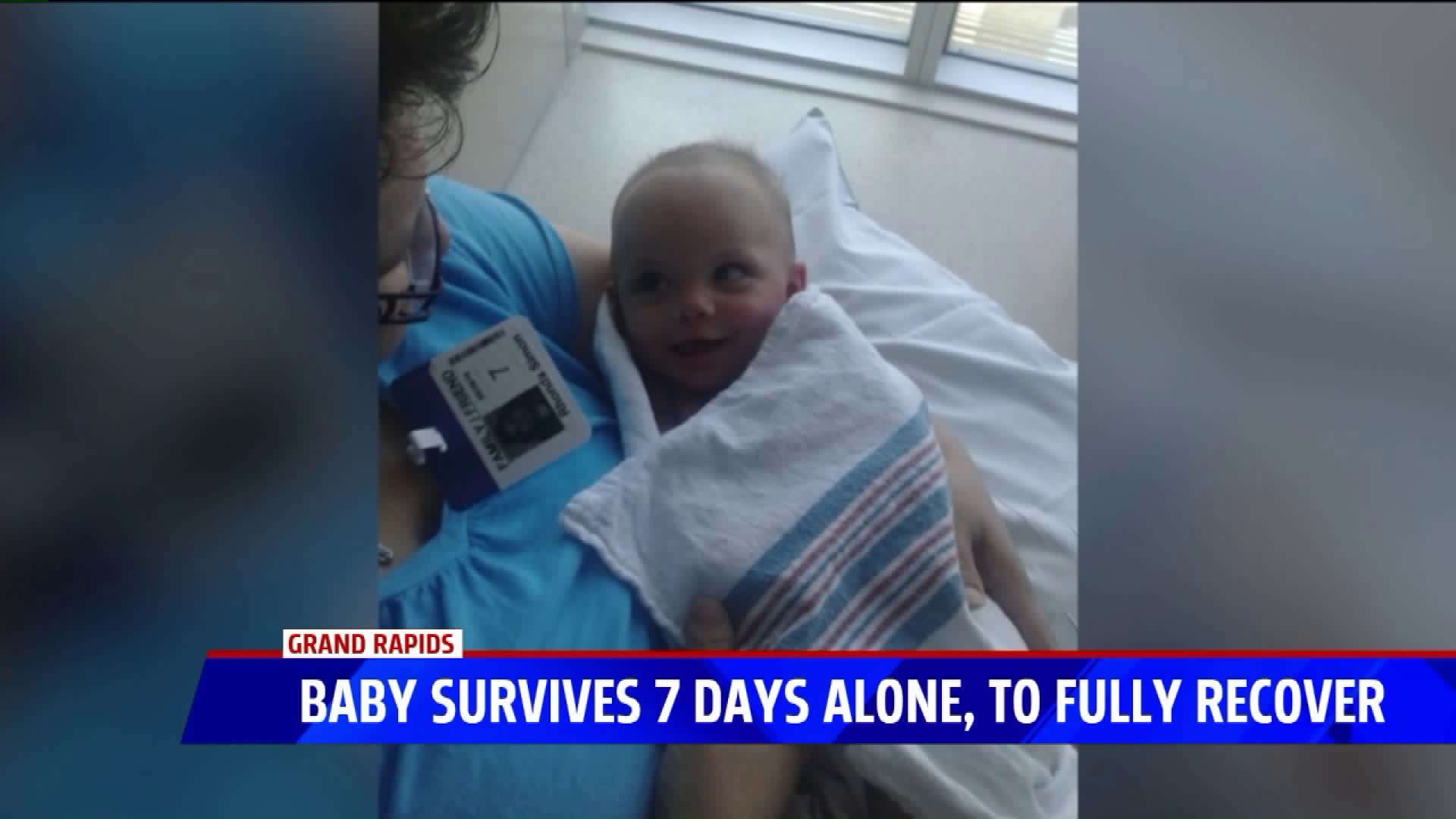 WHITEHALL, Mich. — The baby found inside a Whitehall motel room with her dead parents last week had been in that room for seven days before being found.

Michigan State Police say 6-month-old Skylah could have only survived a few more hours if she hadn't been found during a welfare check on May 24.

The baby's parents, Jessica Bramer and Christian Reed, were both found dead during that welfare check. Skylah was found was blue from dehydration and "was in dire need of medical attention" and eventually flown to Helen DeVos Children's Hospital in Grand Rapids.

Bramer's mother, Rhonda Simon, told FOX17 Bramer and Reed had a rough past that included addiction and living in motels.

But Simon says her daughter was turning her life around for baby Skylah, but an argument with her father on Mother's Day weekend led Bramer to the hotel where she later died.

Simon said she hopes her daughter has found peace and is now focusing on a full recovery for Skylah.

"I just pray to God that she finds peace and I'm really glad that she's not hurting anymore and what I'm concentrating on now is Skylah, my beautiful granddaughter who's a miracle baby. Truly she's a miracle," Simon says.

Earlier this week she was breathing on her own , and Skylah is expected to get out of the Neonatal Intensive Care Unit Friday. Authorities say the baby could be released from the hospital next week.

Meanwhile, Skylah's father, Christian Reed, is being remembered this weekend during a celebration of life ceremony . Investigators are still trying to determine how he and Jessica Bramer died inside the Rodeway Inn, and why their bodies were not discovered sooner.