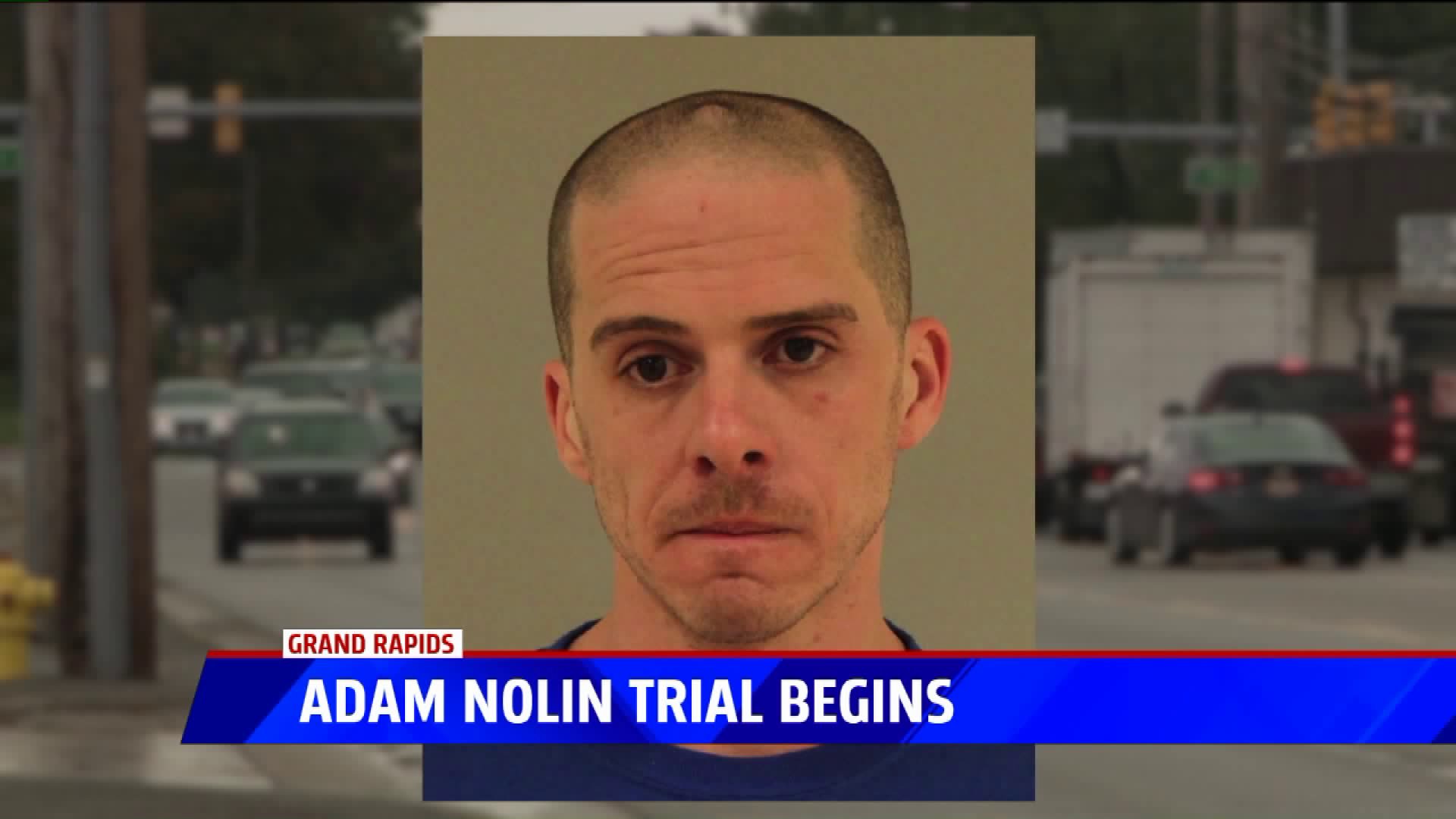 According to his attorney, Charles Capp, Nolin admits he killed his girlfriend Tia Randall. However, he argues it wasn't premeditated.

According to testimony, Gresham was the first person Nolin called after killing Randall in their Wyoming mobile home.

He was spotted a short time later that morning and led police on a high-speed chase on US-131. A Grand Rapids police officer ended what could have been a deadly shootout on the highway by running into Nolin.

Capp said Randall had been texting with another guy that she was interested in dating. He said Nolin initially turned a blind eye, but it got to him.

During his opening statement, Capp told the jury, "(Nolin) said something, and (Randall) kind of said something derogatory to him and he snapped. And that's what I think the evidence will show is that he snapped."

"He goes and gets a gun and shoots her. It's tragic. It's senseless. I'm not telling you that he's an innocent man here, but there was no premeditation," Capp said.

Assistant Kent County Prosecutor Bonnie Prevette told the jury, "He ambushed her in that bathroom. She didn't even see it coming, and the evidence in this case will show that that was first-degree premeditated murder."

Fifteen people testified Tuesday. The judge anticipates the trial could wrap up as soon as Wednesday.